Food for Thought: What do consumers think of plant-based diets?

Pictured: Hudsonville Ice Cream, Holland, Mich., has been making traditional dairy ice cream with the same base recipe since 1926 and is the latest to enter the plant-based frozen dessert segment. The product is made with a blend of oat milk and coconut cream. The company is rolling out seven pint flavors to Meijer stores this week, retailing for $4.99.


If you are sitting on the fence regarding entering the plant-based, non-dairy segment, here’s some data to consider from the International Food Information Council (IFIC) Foundation’s 2019 Food and Health Survey. Recently released, this edition marks the 14th consecutive year that the IFIC Foundation has surveyed American consumers to understand their perceptions, beliefs and behaviors around food and food-purchasing decisions. This is the first year plant-based questions were included. The findings are mixed. It will be interesting to see how they compare in a year. 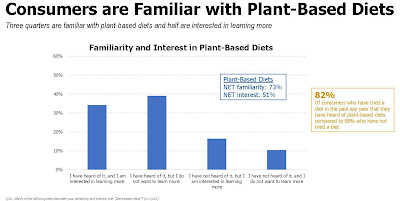 
Animal products are a more popular source of protein than plants, with 52% of survey takers saying they eat animal protein at least once per day versus 34% who say they eat plant-based protein. Within the past year, 24% of consumers reported eating more plant protein than the previous year, while only half as many (12%) said they ate more animal protein. 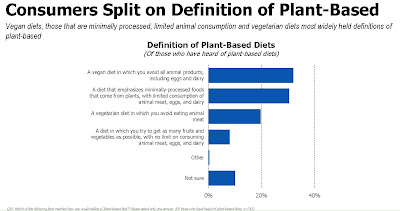 If you are in the plant-based business, you may want to consider some sustainability messaging. This, however, may take a toll on your dairy product lines if you cannot provide some quantifiable sustainability story here, too. Hmmm…this is a tough one.

Clean eating should also be part of your messaging, if applicable. 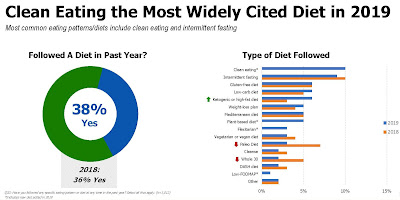 This should provide some fodder for your kick-off-to-summer long holiday weekend. Hope it’s enjoyable.