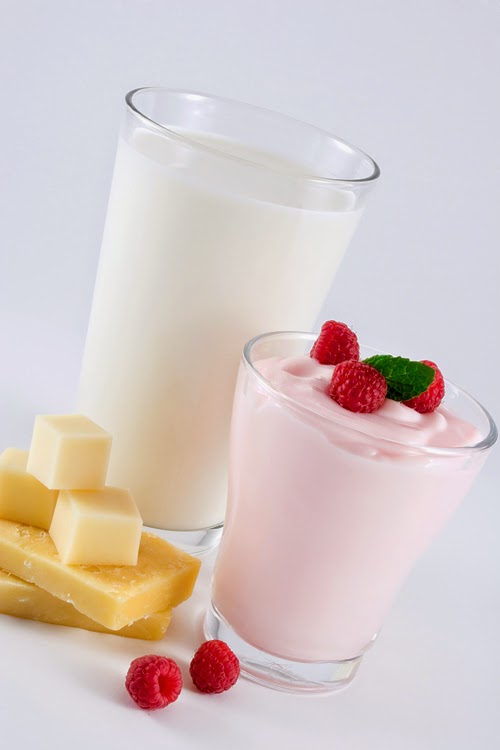 Regional and local dairy manufacturing companies often offer their services to entrepreneurs and start-up companies that do not have the capital to invest in building their own plant. The majority of such dairies produce their own branded products in addition to co-packing for others. This allows them to more fully utilize their manufacturing capabilities by running longer production shifts and keeping employees busy.

There are also contract manufacturers who only produce and pack product for others companies to sell.

Both types of co-packers often have national and international dairy marketers as their customers. For some marketers, it makes economic sense to outsource, especially when producing highly perishable products such as dairy foods where distribution distance issues may arise with their own production facilities. Also, outsource manufacturing is seasonal for some marketers, when product demand is up and they are already running at capacity at their own facilities.

Some co-packers provide R&D assistance, for everything from formulating to troubleshooting to quality control and assurance. There are also independent product development companies that handle all aspects of commercializing a new dairy food concept…from formulation to production to packing to distribution.

I receive countless queries from such folks looking for these facilities and services. And, according to the readership survey of the 6,000-plus Daily Dose of Dairy subscribers conducted a few weeks ago, almost half of all respondents indicated they currently use or have used such services.

These folks no longer need to call or email me, because there is now a Co-Packers/Product Development Assistance tab on BerryOnDairy.com. It can be accessed by linking HERE. Please continue to visit this tab as your needs arise, as more companies will likely request listing in the near future.

Identifying the right co-packer and partner for development and production of dairy foods should be taken seriously. It is particularly critical for a start-up looking to gets its dream product into the highly competitive dairy foods marketplace. There is no room for error when budgets are tight and you are introducing a new brand. You need a business partner that will be with you every step of the way.

Once you are off the ground, you need to focus on marketing and selling your innovation…not worrying about a pasteurizer breaking.

Applegate Farm works with 18 co-packing companies, 12 slaughterhouses and 1,000 farms. “We’re not farmers or processors or cookers or retailers,” he said. “What we do is create the recipes and manage the very complex variables to ensure that everything is done on time and with the highest quality.

“When you don’t own the manufacturing equipment, your only concern is what the customer wants,” he said. “And because we source from multiple factories, we are able to create a much wider range of products.”

Reasons to use a co-packer
In addition to those identified by McDonnell, here are a few others.

Important considerations
The co-packer becomes your business partner and it is critical that you have mutual trust. These are topics to address:
Good luck on your next innovation. Remember to use BerryOnDairy.com’s new Co-Packers/Product Development Assistance tab to find the partner to bring your innovation to market.

Posted by Donna Berry at 1:27 PM No comments:

Dairy Trends: Getting Sweet with Stevia 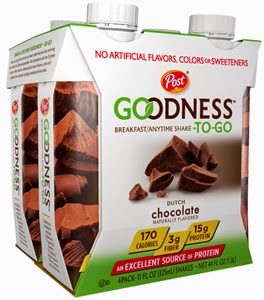 According to a report jointly published by Mintel and Leatherhead Food Research, stevia-sweetened foods and beverages are gaining traction with consumers. The report values the stevia ingredient market at $110 million in 2013 and projects it will grow to $275 million by 2017.

“Plant-derived sweeteners, such as stevia, are expected to provide the main impetus for growth in the sweetener market in the coming years,” says Emma Gubisch, strategic insight manager at Leatherhead Food Research.

Laura Jones, food science analyst at Mintel adds, “Much of the growth in the global sweeteners market is set to be driven by growing consumer concerns over sugar intake, whilst the development of more plant-derived sweeteners is also anticipated to benefit the market. The gradual demise of sugar yet desire for sweetened food and drink products, suggests good opportunities for intense sweeteners.

“Intense sweeteners offer a source of sweetness without the calorie contribution of sugar, an increasingly attractive proposition to consumers struggling to manage their weight,” says Jones. “Signs that the global market for intense sweeteners has reacted to this increased demand for ‘healthier’ sweetener solutions is already evident.”

Stevia-based ingredients are considered natural, high-intensity sweeteners. They are based on extracts from leaves of the Stevia rebaudina plant, which contain intensely sweet steviol glycosides. These compounds are non-cariogenic, contain no calories and have a zero glycemic index, making them safe and suitable for diabetics. Most stevia-based sweeteners are 200 to 300 times sweeter than sugar and allow for a sugar reduction of 50% or more in dairy applications such as milk-based beverages, ice cream and yogurt.

For more information about formulating yogurt with stevia, please link HERE to read an article I wrote for Food Business News entitled Building a Better Yogurt. 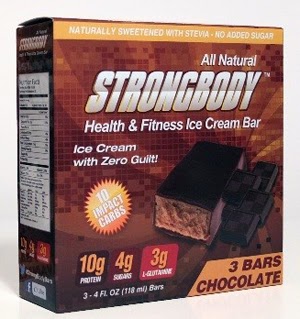 Booozah LLC introduces two flavors of ice cream bars fortified with protein. Marketed under the StrongBody brand, these creamy, milk-based bars are ideal for snacks, dessert and after a workout or strenuous exertion. The 4-ounce bars are available in vanilla and chocolate flavors, both as grab-and-go singles and 3-pack multipacks. The bars are enrobed in a 72% dark chocolate for added eating pleasure.

Milk is the number-one ingredient, providing 25% of the Daily Value for calcium. A bar comes packed with 10 grams of whey protein and 3 grams of L-Glutamine. The bars contain no added sugars, as they are sweetened with stevia for a total of 4 grams of sugar (from inherent lactose) per serving.

In July, Meiji Japan added Meiji Yogurt R-1 Low-Calorie and Low-Sugar Yogurt to its R-1 line of patented probiotic yogurts made with the lactic acid bacterial strain 1073R-1. The new product comes in single-serve 112-milliliter packs containing 50 calories. The drink is described as being 44% reduced sugar and 33% reduced calories, as compared to its original version. 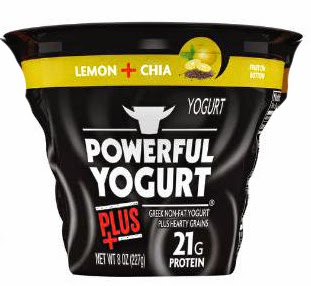 Powerful Yogurt is a super-protein Greek yogurt that aims to serve the health and performance needs of busy men with active lifestyles. The product is differentiated from existing Greek yogurts by its 20 to 25 grams of natural protein per serving, which is a “man-sized” 8-ounce container that is at least 33% larger than most individual-serving Greek yogurts. To keep sugars down to 21 to 23 grams per serving in the fruited varieties, the company uses a combination of sugar and a stevia-based sweetener.

Link HERE to an interesting blog on “brogurt” from my friends over at Packaged Fact. 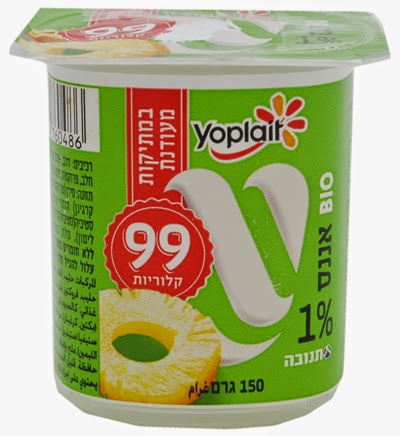 In Israel, Tnuva, the country’s largest dairy, markets 1% fat Organic Yoplait yogurt under a licensing agreement with French-based Sodiaal and U.S.-based General Mills. The new yogurt, which comes in flavors such as peach, pineapple and strawberry, contains a mere 99 calories per 150-gram container thanks to the use of stevia, which keeps calories and added sugars at a minimum.

Danone Japan has reformulated and repackaged its Danone Bio yogurt line, which is now sweetened with stevia. Containing the company’s proprietary probiotic BE80 bifidus, the yogurts are sold in four packs of 75 grams each. Flavors unique to the Japanese market include aloe, coconut, fig and white peach. 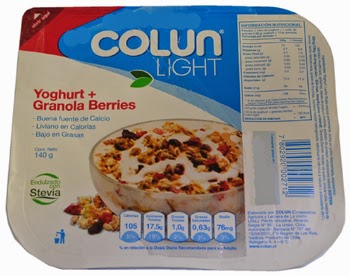 
The opportunities to use stevia to sweeten dairy foods are infinite. This no-calorie sweetener helps marketers keep calories and added sugars low in many product formulations.

Posted by Donna Berry at 3:36 AM No comments: