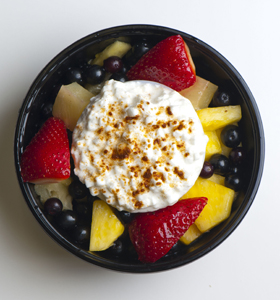 We know taste reigns when it comes to food selection. After that an array of other attributes come into play, namely nutrition and price, and increasingly product story and environmental/sustainability platform. Experience is something often not considered during product development. But that’s exactly what many consumers seek out. Offer an experience and your product becomes a destination.

Do you think Impossible Burger is garnering so much attention because of taste, nutrition and price? It’s the promised experience that has curious shoppers and diners trying out this fake meat. They’ve read about how it’s made out of plants yet looks like a beef burger; how it has a red center simulating a medium cook. They want the experience that everyone’s talking about. It’s right up there with the ability back in the 90s to eat an entire box of Snackwells anything and consume zero fat. Experience is also what makes eating a pint of high-protein, nominal calorie ice cream enticing.

I’ve been around long enough to confidently say that, at best, the Impossible Burger will be on White Castle’s national menu for a year. (It might have staying power in some urban locations.) Currently it is offered as a slider with smoked cheddar, griddled onions and pickles. All that good stuff could make mud pie delicious. (Take note: it’s got real dairy cheese!) While the actual patty is cholesterol free and the sandwich is vegetarian, it has as much fat as a similar-sized 80/20 ground beef burger and provides 300 calories. It’s not a healthful choice. It’s an experience.

Dairy foods have long been about experience. Sometimes we forget to market those natural qualities.
Remember when you blew bubbles with a straw into a glass of milk? You did it. Don’t deny it! How about the melty mozzarella you peeled off a slice of pizza or the aerosol whipped cream expelled directly in your mouth? 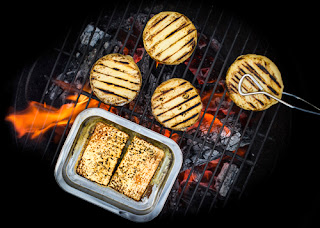 Currently one of the biggest experience opportunities for dairy processors is in cheese, specifically non-melt grilling cheese, which, is in fact, competing with fake meat burgers for space on the grill on Meatless Monday. Isn’t that cool? Dairy is a threat to fake meat. Have to appreciate the irony based on the war going on in milk coolers.

To read an article I wrote this week on “No-melt cheese heating up on American grills” for Food Business News, link HERE.


This emerging segment of grilling cheeses is designed to appeal to protein-seeking shoppers who crave flavor, variety and simple, wholesome nutrition. These cheeses are packed with high-quality protein and made with just a few, easy-to-understand ingredients.

Grilling cheese is not new. It’s just a concept that has been slow to catch on in the States. It’s very popular in many countries, with halloumi leading the way. In fact, manufacturers of halloumi, a protected product only made in Cyprus, Greece, cannot keep up with demand. Last summer there were reports of a shortage in the U.K., the largest consuming region outside of Cyprus, and demand for non-grilling cheese continues to grow throughout Europe. Fast-food chains have added it to their menu.


The beauty of grilling cheese is that it’s an experience. Consumers are curious about how cheese does not melt. Its staying power is that it has taste, nutrition and it’s priced comparable or less than meat and definitely less than fake meat.

Another experience that shows promise is cottage cheese. Have you heard cottage cheese is cool again? Read more HERE in an article I recently wrote for Food Business News. 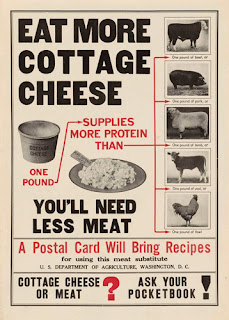 The cottage cheese category is ready for a comeback, according to a study from Culinary Visions, Chicago. The survey presented 2,000 consumers across the U.S. with 25 chef-inspired recipes featuring cottage cheese and discovered high interest in concepts that reimagined cottage cheese with a contemporary twist. I call that providing an experience. 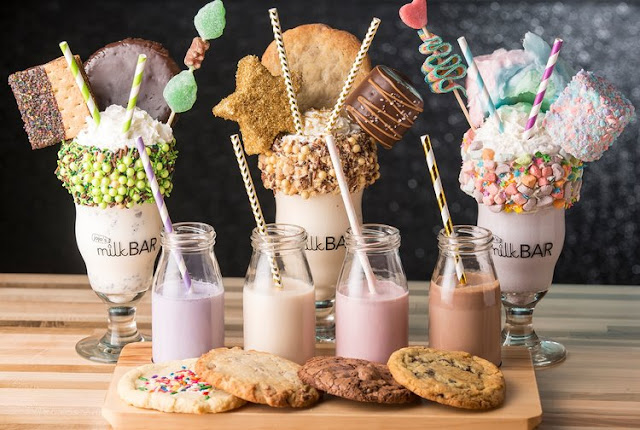 Photo source: JoJo's Milk Bar
Another experience that is popular among younger consumers is over-the-top milkshakes. That is what you will find at recently opened JoJo’s Milk Bar in Chicago. This trending restaurant, café and bar is actually making all types of dairy an experience. It’s making dairy a destination.

JoJo’s Milk Bar describes itself as a next-generation milk bar. In addition to milkshakes, the menu includes jumbo cookie flights with infused milks and frozen milk bars. There’s even milk cubes in blueberry, cherry and snickerdoodle to add to hot drinks and cocktails. Sandwiches, wraps, appetizers and salads feature lots of dairy. The loaded grilled cheese contains five cheeses while the fries are topped with a three-cheese blend and sour cream. On weekends there’s a line at the counter from almost the moment doors open at 10:00 am. With a large bar area including a pointed whiskey program, dairy is part of the nightlife experience until 2:00 am.

Come on folks. Let’s think of more ways to make dairy an experience, a destination, a craveable food. It’s possible.