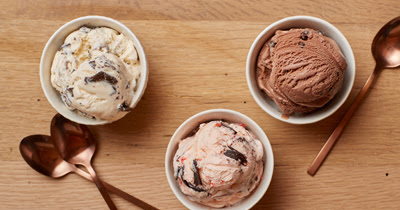 This is the third and final blog on innovation trends that are disrupting retailers’ ice cream freezers. If you want to hear me speak on this topic, there’s still time to book a flight and head to Fort Myers, Florida, next week for the International Dairy Foods Association’s annual Ice Cream Technology Conference April 10 to 11, 2018. For more information, link HERE.

The latest rage in pints, however, is protein-enriched ice cream innovations. Learn more about that category disruption HERE.

Today let’s discuss the flavors we are seeing this ice cream season. Clean, simple, pure vanilla flavor bases, often with a swirl or side of something delicious, dominated ice cream freezers in 2017. However, after Cyclone Enawo hit Madagascar in March 2017, reportedly destroying almost a third of the country’s vanilla crop, dairy foods manufacturers recognized that their 2018 innovations would need to take a different characterizing flavor pathway. Not surprisingly, that turned out to be chocolate.

With three months into the New Year, we’re seeing lots and lots of chocolate ice cream. Innovators are using dark, milk and white chocolate, often in combination with other brown flavors, such as coffee, honey, maple and caramel, though the salty spin on the latter is not as prevalent as it was a few summers ago. And with coffee, it’s all about cold brew.

Many of these dark flavors have a comforting twist, with the descriptors “crafted” and “home-style” attached to them. There’s also been considerable flashbacks to nostalgic flavors from more settling times. Think of marshmallows toasting on an open camp fire or mixed into a whipped cream or gelatin dessert. With that comes decadence for when indulging is simply necessary, as well as moonshine to take off the edge. Think bourbon-glazed nuts and whiskey-flavored variegate.

To read a comprehensive article on flavor trends in dairy, link HERE to a recent article I wrote for Food Business News.

Hudsonville Ice Cream, Holland, Michigan, is all about the good old days. The company is bringing back its Creamery Blend Vanilla ice cream flavor, which is made using the original 1940s recipe that has not been available in more than a decade.

The return of Creamery Blend Vanilla celebrates the introduction of a new container design. Most noticeably, each container has a uniquely colored lid that corresponds to each flavor of ice cream and a fresh, creamy scoop on the front of every container. The updated container features new quality and safety measures, such as a new foil seal that serves as an extra layer of protection.

“The art of creating a premium ice cream experience extends beyond the ingredients,” says CJ Ellens, owner of Hudsonville Ice Cream. “When you make a premium product, you want to serve it in a premium container.” 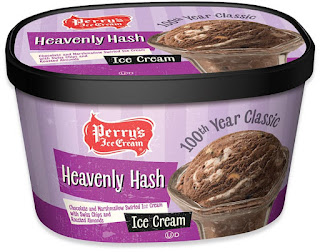 In the coming months, Perry’s will also offer special promotions, and the release of a special-edition “The Good Stuff” flavor in scoop shops, which consists of yellow cake ice cream with strawberry swirls and panda paw cups filled with strawberry cream.

“For 100 years, our family has embraced H. Morton Perry’s founding philosophy to ‘make sure you put in enough of the good stuff’ each and every day,” says Gayle Perry Denning, vice president of corporate sustainability and strategic branding.  “The good stuff is about more than what we put into our ice cream. It’s about the moments we are thankful to have been a part of. This milestone will be filled with celebration for those moments, from honoring our community to special events and bringing back some of our favorite flavors from the recipe vault.” 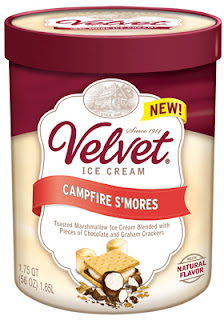 Utica, Ohio-based Velvet Ice Cream is adding new flavors to its premium line, including the 2016 Ohio State Fair limited-offering Banana Cream Pie. This flavor was inspired by nostalgia-infused state fair pie-baking contests and is made from creamy banana ice cream with swirls of meringue and pieces of flaky pie crust.

Another new comforting classic is Campfire S’mores, which blends toasted marshmallow ice cream with rich chunks of chocolate and graham crackers to take ice cream lovers back to summertime campfires. 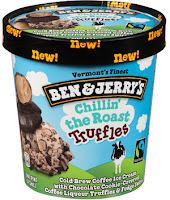 Ben & Jerry’s is rolling out Truffle Pints in three decadent flavors that contain some of the biggest chunks of chocolate ever put into ice cream. The flavors are: 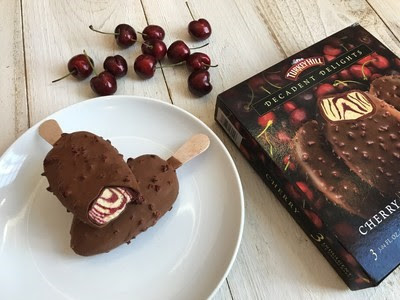 Turkey Hill Dairy, Conestoga, Pa., is rolling out Decadent Delights. This new line of indulgent, sophisticated treats blends premium ice cream with an abundance of fruit to create a four-flavor selection of bars and three flavors of individual-serving parfaits. Decadent Delights is Turkey Hill’s first new novelty in more than 10 years and marks its first entry in the growing premium novelty category.

“Ice cream is a treat, and that’s what Decadent Delights is meant to be. It’s made for people who are passionate about good food,” says Turkey Hill President John Cox. “Each flavor is brimming with fruit, which makes these an extra special treat for fans of fruit flavors.”

Decadent Delights bars include Chocolate Covered Strawberry, Coconut, Tropical Mango and Cherry. Each flavor is tailored for audiences looking for an indulgent dessert packed with fruit, chocolate and other premium ingredients. The Cherry bar, for example, features white chocolate ice cream, swirled with chocolate hazelnut and cherry ribbons and is covered in a triple layer of nougat, cherry and milk chocolate rolled in cherry pieces. 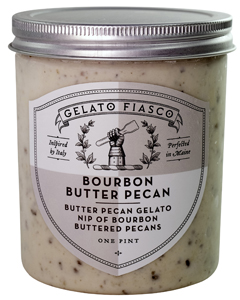 Gelato Fiasco has seven new flavors of its Maine-made gelato. They are full of chunks and swirls, and represent a shift in Gelato Fiasco’s recipe strategies. With new state-of-the-art equipment, Gelato Fiasco is now able to achieve a high-chunk-ratio on its new recipes, many of which complement this season’s flavor trends.

For example, Bourbon Butter Pecan Gelato speaks to grampy, who loved his bourbon and his butter pecan ice cream. This one is worthy of his porch, according to the company. It’s bourbon-spiked butter pecan gelato with a generous sprinkling of whiskey-soaked buttered pecans.

Deep Maine Woods Gelato takes the mystery and wonder of exploring Maine’s backwoods and puts all the edible treasures one would discover into a pint. This one combines chocolate, smoky caramel and honeycomb candy.

Other new flavors are:
“With our new flavors, Gelato Fiasco is continuing our tradition of creating the smoothest, most dense gelato humanly possible,” says co-founder and CEO Joshua Davis. “And for these new flavors, we’re adding ridiculous quantities of high-quality chunks and swirls. We think these will set the standard for consumers looking for gelato that is incredibly delicious.”

Hope to see you in Fort Myers. I look forward to an afternoon of ice cream tasting.

P.S. My high school senior son—finally—made his college decision. He is going to be an Illini like his mom.