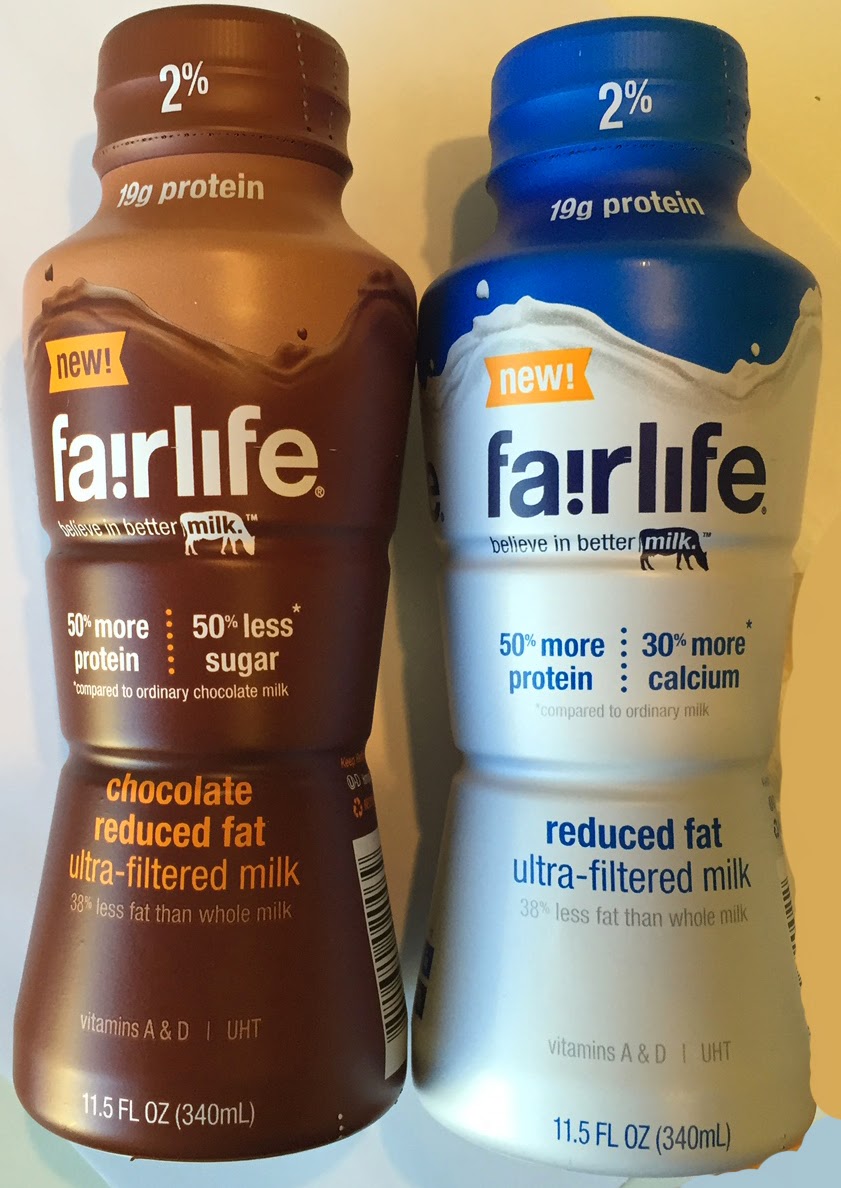 “Identify an audience, then develop products that they will want and need,” said Connie Tipton, president and CEO of the International Dairy Foods Association at Dairy Forum 2015 this week.

Innovation was a dominant theme at this year’s Forum. Many speakers emphasized that we can no longer “make the milk, and they will drink it.”

During Tipton’s keynote address, she discussed how the standards of identity for cream, milk, ice cream, sour cream, yogurt and some types of cheeses (yes, dairy is the most highly regulated food category!) impede innovation. To read about “Leveling the innovation playing field,” link HERE to my Food Business News column from this week.


It’s not that the industry wants the standards of identity to go away, but modifications that speak to the needs of the 21st century consumer would be appreciated.


“We need to convince the Food & Drug Administration to allow…better-for-you dairy product innovations to fit within various dairy standards of identity,” said Tipton. “For example, we believe there should be a broader spectrum for innovations using new processing techniques and dairy ingredients.  That would allow dairy companies to come up with more creative products that meet consumers’ increasing demands for things like higher protein and less sugar, but can still be called milk.”


Tipton cited an example of the type of innovation the industry needs more of. “As Business Week quipped, ‘Coca-Cola wants to buy the world a milk.’ But it’s no joke,” she said. “The icon of icons of the global beverage industry has entered into a joint venture with the Select Milk Producers co-op to produce a new value-added milk product that is already on grocery shelves. Called Fairlife, it has been formulated to enhance protein and reduce lactose--50% more protein and zero lactose.”

Fairlife is labeled milk, but the standards of identity require so much additional verbiage to use the word milk, that the product description starts to sound like it was made in a lab, something critics have been quick to say. This is not the case. Fairlife is farm-fresh milk pasteurized and processed using modern filtration technology to produce a nutritionally superior milk product. 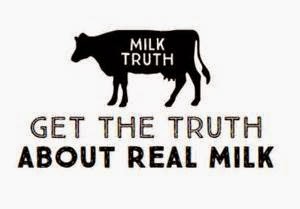 The Truth about Milk

The technologies mentioned apply to all dairy foods, in particular fluid milk, which has been making headlines this week, as Dairy Forum served as a platform for the debut of MilkPEP’s new campaign Get Real. It is supported by a new website that you can access HERE.


In the spirit of Super Bowl weekend, it’s accurate to say that the milk industry is finally playing offense. The new initiative, which was officially announced by MilkPEP CEO Julia Kadison on day two of the four-day forum, is countering the misinformation about milk that’s abundant in consumer media. Through the use of industry experts, sound science and third parties, the campaign is designed to set the record straight about milk. It will help take back the conversation about milk, correcting misinformation and communicating the unique nutrient contributions and health benefits of milk, according to the campaign backgrounder.

Speaking of Super Bowl, the NFL event of the year, let’s talk about formulating and marketing dairy foods to specific consumer segments. In an effort to engage with a wider audience, Dannon’s Oikos brand became the Official Yogurt of the NFL and introduced a product designed to appeal equally to both men and women: Oikos Triple Zero. Through these efforts, Dannon is changing the current market where yogurt is disproportionately consumed by women as compared to men. 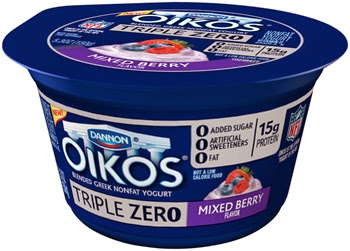 Dannon teamed-up with Carolina Panthers quarterback Cam Newton, to bring consumers a new protein snack in an unexpected location--the yogurt aisle. In a new advertising campaign unveiled on January 12, Dannon and Newton encourage consumers to look beyond traditional staples for protein. Recruiting shoppers from the protein snack aisle into the yogurt aisle, the Panthers star puts his own personal flair in helping to change people’s snacking habits.
You can watch the commercial HERE.

Dannon packs 15 grams of protein into each 5.3-ounce single-serve cup of Oikos Triple Zero. The “triple zero” refers to the fact that the yogurt has zero added sugar, zero artificial sweeteners and zero fat. To sweeten the yogurt without adding sugar, the formulation relies on a variety of technologies, including stevia; chicory root fiber, which contributes sweetness while also delivering 6 grams of fiber per serving; and the lactase enzyme.

Dannon is supporting the launch of the product with a multi-million dollar media investment, but not one to air during the Super Bowl this Sunday. (Oikos did run commercials the past two Super Bowls.) 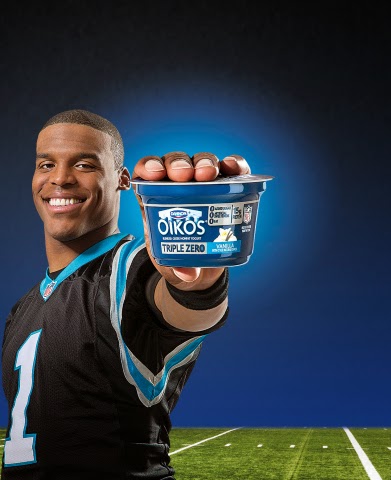 Back to Dairy Forum, Tipton referenced a speech recently made by General Michael Hayden, a four-star general and former head of the CIA and NSA, where he stated, “It’s now and increasingly the consumers’ world, and we just work here.”

Tipton explained how when we think of traditional dairy--wholesome, good-for-you, most perfect food, does-a-body-good, reliable, affordable and tasty--all come to mind. But today’s diverse consumer hungers and thirsts for more than foods with these descriptions.

“They crave information. Our dairy products may be physically opaque, but consumers want transparency about what’s in them and how they are made,” Tipton said. “And increasingly, they want specifics…lots of specifics…before they reach out for that yogurt, smoothie or package of cheese and put it in their shopping carts.”

This is true of some demographics more than others. To get an idea of what the millennial consumer wants from food, check out this VIDEO. (Please pardon the advertisements. It’s worth the view.)

Tipton told Dairy Forum attendees that today’s consumers, in particular the millennial generation--people born between 1977 and 1994--have a growing inventory of questions they want answered. “For example, were the cows cared for humanely? Was it a large farm or small farm? What were the cows fed? Was the farm environmentally responsible? How far was the milk transported from the farm to processing? And how long from farm to store? Did the processing facility employ sustainable practices for precious resources like energy and water? Is the packaging recyclable? All of these are potential factors that can make or break a consumer’s purchase,” said Tipton.

At the opposite end of the age spectrum are those consumers who are 50 and older. (I’m not there yet; but my husband is, and I love his AARP discount!) This sea of gray is a great opportunity for dairy.

According to “Enrich Life Over 50,” an organization dedicated to enhancing the quality of life for this demographic, current Census Bureau figures say there are 109 million people in the U.S. who are 50 and older, which is one-third of the total population.

“This segment owns or controls a staggering 70% of the total accumulated private wealth in America and accounts for 50% of the total annual consumer spending,” said Tipton. “Their first project is the development of a national campaign to attract ideas for completely new products and services that will enhance the quality of life for people 50-plus, with awards up to $50,000 for ideas that have the maximum marketability potential.” We can do this!!!!

So what does this group want from their foods? According to an article in Nutraceuticals World, Baby Boomers, which includes those just turning 50 and older, want more nutraceutical ingredients in their everyday foods and beverages. You can access this article HERE. 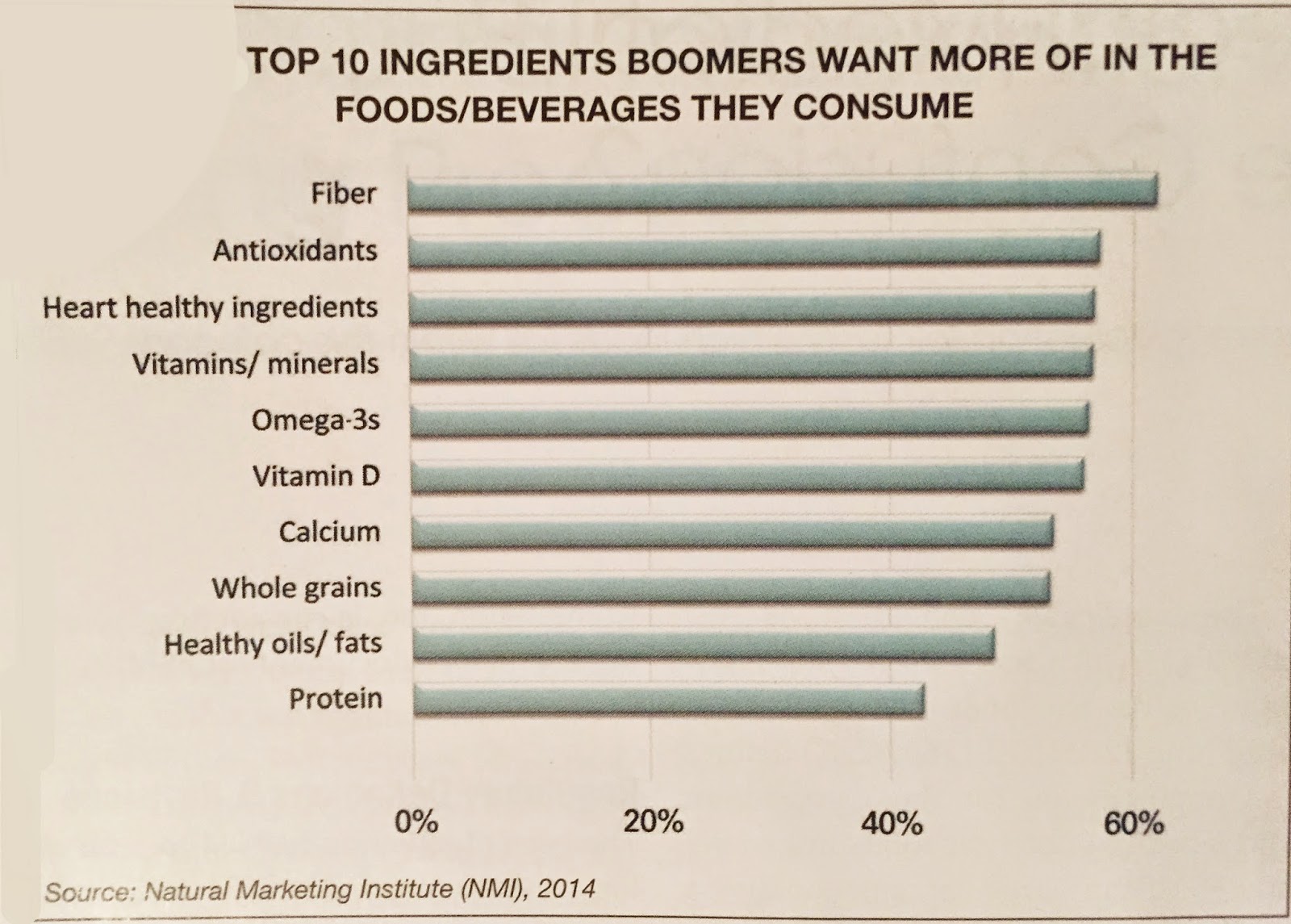 The number-one nutrient this demographic wants more of is fiber. Many dairy foods, including frozen desserts, milk and yogurt, are excellent deliver vehicles for fiber. Certain fiber ingredients can also assist with fat and sugar reduction.

There are an array of other ingredients that can turn already powerful dairy foods into highly functional dairy foods that today’s and tomorrow’s consumers will crave. Read more HERE.

Just remember Tipton’s powerful message. “Identify an audience, then develop products that they will want and need.” That’s how to score a touchdown in the dairy industry!