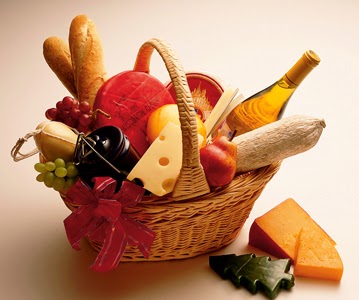 Tis’ starting to be that time of year. Between the heavy discounting of ghoulish fare--even before Halloween--to make room for tinsel and everything red and green, and the onset of family emails for planning holiday get-togethers, I was quickly reminded this past week: tis’ that time of year.

This time of year also happens to be one of biggest sales seasons for specialty and cooking cheeses. From cheese platters to veggie casseroles, cheese plays an integral role in the winter holiday season.

According to IRI’s custom Wisconsin Milk Marketing Board (WMMB) cheese sales database, total cheese volume sales in U.S. traditional grocery stores typically surge during the holidays compared to the rest of the year. Overall, cheese sales peak in the weeks leading up to both Thanksgiving and Christmas.

“That makes the week before Christmas the biggest week of the year for cheese sales,” according to Abby Despins, public relations manager at WMMB. “Certain varieties sell particularly well during the holidays.” 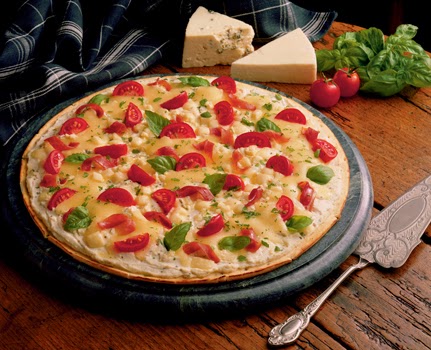 Sales of brie, Edam and specialty blues, such as stilton and Roquefort, are strong from mid-November through December, as consumers seek out unique cheeses for holiday parties or gift giving. Other varieties that sell particularly well around Thanksgiving include cream cheese, Gournay, gruyere, mascarpone and flavored cheese spreads.

Christmas is the main focus. Sales jump 50% or more above average, compared to the rest of the year, for these cheeses: brick, butterkase, camembert, cream cheese, fontina, fontinella, Gloucester, gorgonzola, Gournay, gruyere, mascarpone, ricotta and variety packs, which includes cheese trays made up of slices, cubes, chunks or wedges of different cheeses. Many of these varieties continue to sell well through the New Year’s holiday, according to WMMB. 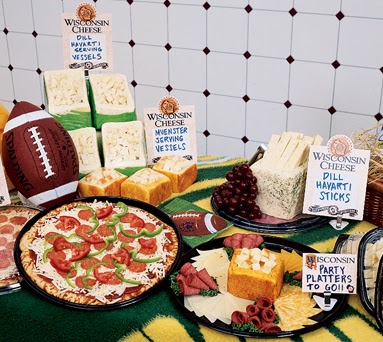 “When it comes to the Super Bowl, we also see a spike in sales for a number of varieties, but there is less emphasis on specialty varieties,” according to Despins. “Instead, cheeses like cheddar/jack blends, Italian blends, mozzarella and other cheese blends rise to the top. This suggests the focus is more on prepared foods that can feed a crowd, and everything’s better with melted cheese!”

All of these cheeses sell well on their own, but of course, holiday-themed graphics, convenient party formats, gift packages and seasonal flavors attract consumers, often even creating an urgency to buy.

To read a recent article I wrote for Food Business News on “Creating an Urgency to Buy” via limited-edition and seasonal products, link HERE.


Here are some innovations—some old, some new—that make cheese extra exciting for the holidays. Hopefully some of these concepts will provide inspiration to assist with your holiday marketing efforts. 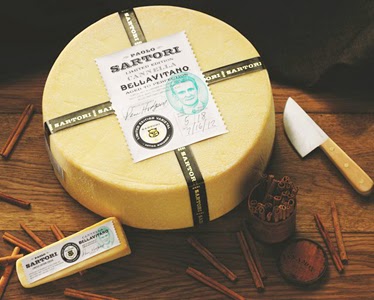 Hook’s Cheese Co., makes a 15-year old cheddar that it only sells during the winter holiday season, with limited retail distribution. Sartori Company only makes its Cannella BellaVitano cheese available during the holiday season, too.

During the months of November and December, Cannella BellaVitano can be found in specialty cheese shops across the U.S. and online. Each cheese wheel is hand-signed and dated by a Sartori Master Cheesemaker. Sartori’s Cannella BellaVitano was first introduced after receiving a Gold Medal at the 2011 World Cheese Awards held in the U.K.

“We typically enter the most competitive and prestigious national and international competitions out there,” says Susan Merckx, marketing director. “The competitions provide valuable insight and feedback from top-notch cheese connoisseurs. The fact that Cannella won a Gold at the Worlds in the U.K., well that’s pretty special.”

Cannella BellaVitano is crafted by taking sweet, buttery BellaVitano, aged well over a year, and steeping it in a cinnamon liqueur. “The cinnamon flavor does permeate throughout the wheel, but it is incredibly well balanced--the aged BellaVitano is such a wonderful cheese, we want the cinnamon to be in concert with the cheese,” she says. “Cinnamon tends to bring out the holiday spirit in folks and gives them a feeling of warmth, which is the perfect companion for the upcoming winter months.” 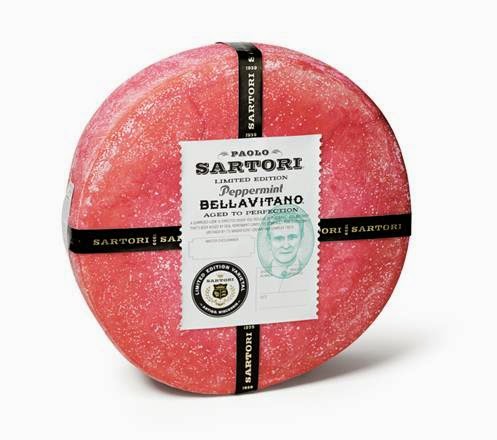 Sartori creates unique food, beer, and wine pairings for every cheese they make as well as recipes. This month, Cannella BellaVitano is featured in a Cannapple Grilled Cheese Sandwich that is being promoted on Sartori Cheese’s Facebook and Pinterest pages.

The company also markets a limited-edition Peppermint BellaVitano, which is BellaVitano hand- rubbed with peppermint candy. This creates a pink, tangy cheese with a sweet peppermint kiss. The cheese is only available in limited quantities in October, Breast Cancer Awareness month, with $1 per pound sold donated to breast cancer research. (Smart shoppers purchase a few extra wedges and save for Christmas. Think candy cane cheese!) 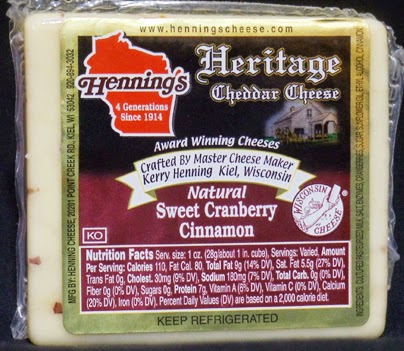 Henning’s makes an array of flavored cheese spreads that have been a part of holiday celebrations for years. The company also now makes Cinnamon Apple Pie Heritage Cheddar and Sweet Cranberry Cinnamon Heritage Cheddar for a flavorful addition to cheese platters. 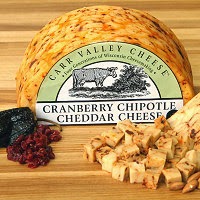 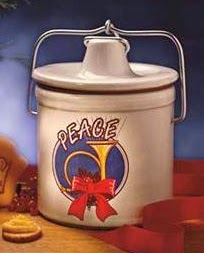 Old Tavern Food Products offers seasonal 20-ounce crocks of its sharp cheddar cheese spread during the winter holidays. The company also has a decorative glass bowl filled with 17 ounces of cheese spread. Both are ready for use on a holiday buffet, as well as function as a tasty hostess gift. 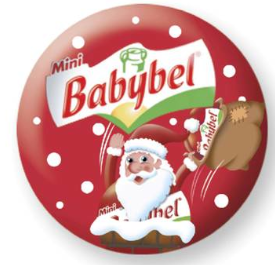 Stocking stuffers don’t have to be sugar-laden candies. In the U.K., children look forward to holiday-inspired Mini Babybel cheeses. Over the years there have been varied designs, including a Christmas tree, Santa Claus, holiday stocking and reindeer. 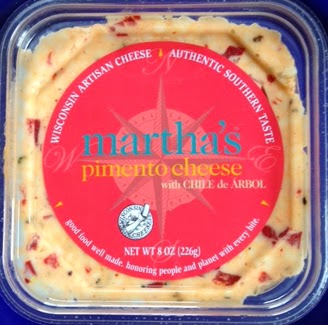 Debuting just in time for the holiday season is new Martha’s Chile de Arbol Pimento Cheese Spread, which joins Traditional and Jalapeno. Produced by Mighty Fine Food LLC, this zesty cheese spread recipe is a specialty of the product’s namesake: Martha Davis Kipcak. A Texan who moved to Milwaukee, a few years ago Martha decided to commercialize her southern specialty using Wisconsin cheese. Just this past year, she has expanded beyond Wisconsin’s borders can now be found—much to my delight—in select Chicagoland stores. (The cheese is amazing!!!) 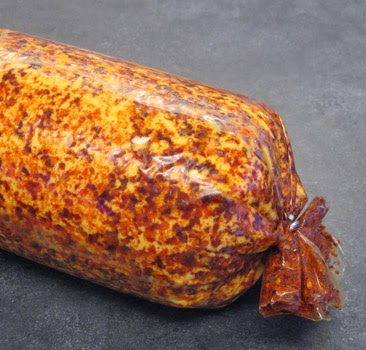 Interesting in making flavorful cheese? Here’s a unique concept from Flavorseal: flavor-transfer sheets and casings. The sheets have been around for about two years, but the casings are a new concept for processed (pumped) cheese. Both formats utilize Flavorseal’s patented seasoning transfer technology that involves seasonings being pre-applied to packaging using a food-grade adhesive. The moisture in the cheese transfers the flavors and seasonings from the sheet/casing to the product. When the sheet/casing is removed, the seasoning surface is left on the product. 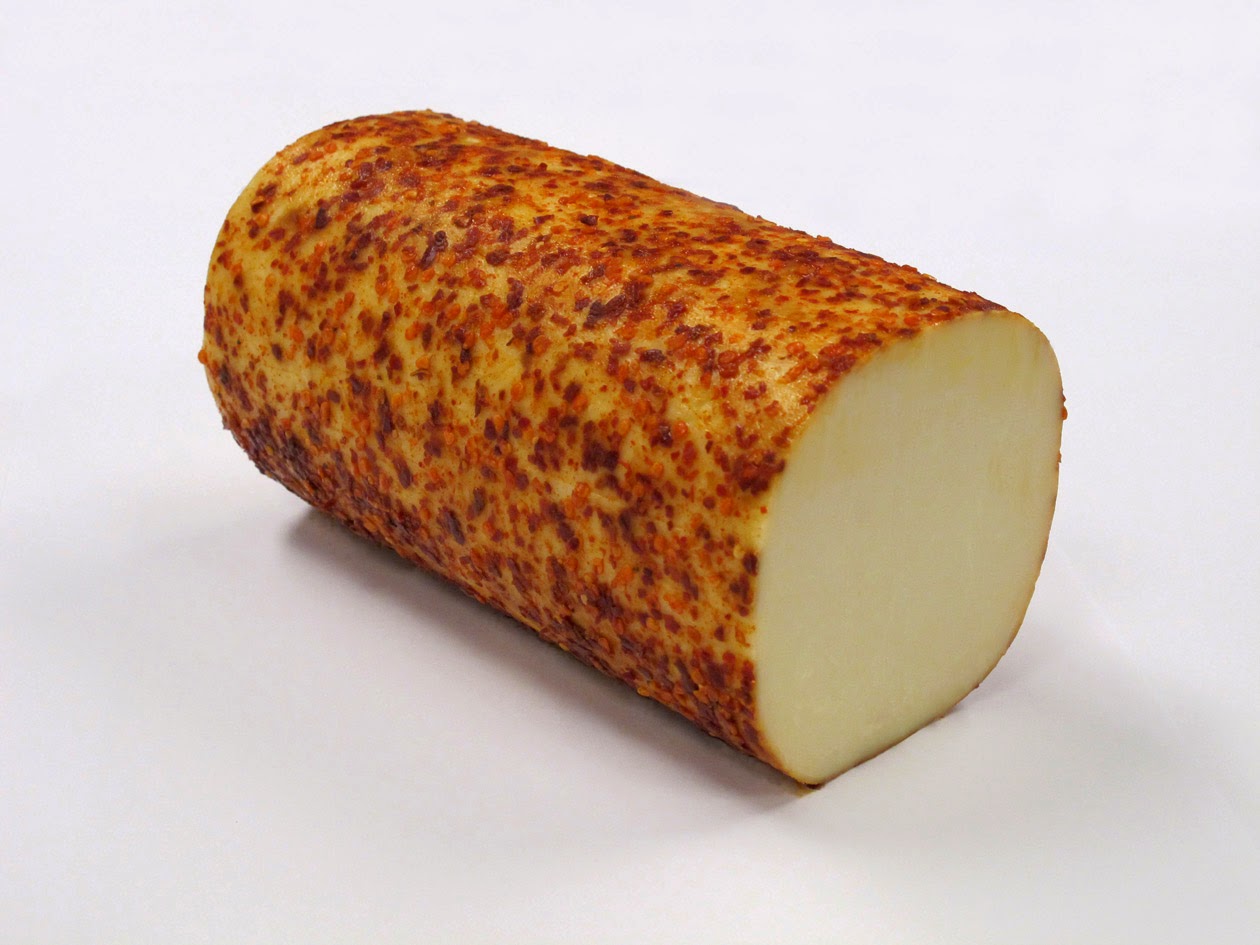 It’s an easy, one-step process that results in a perfect amount of seasoning every time, giving consistent flavor to each bite. It eliminates the mess and waste of applying topical seasonings, as well as extra wash downs and changeover times. Depending on the application and the desired end result, other ingredients can be included in the seasoning, such as antimicrobials, ground nuts and even dehydrated granules of fruits and vegetables.

Cheese…It’s what I bring to every holiday party. Cheers!