What’s Next After Greek Yogurt? 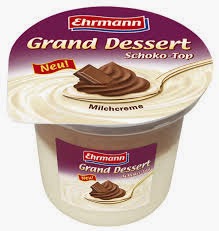 What’s next after Greek yogurt? I am often asked this question, usually in the context of the U.S., as most of the rest of the world is playing catch up in the category, as was evident by the new product rollouts just last week in Paris at SIAL. Greek was the word with most exhibiting dairy companies.

My response to the question often varies but it usually comes down to “the next Greek yogurt will be something we never knew was missing from our menu.”

Now, after spending three days in Paris…with one free afternoon running around taking selfies with all the historic landmarks and dining on delicious food…I know what’s missing from our menu: European dairy desserts.

After a light lunch of Beef Carpaccio topped with arugula, Parmesan and truffle shavings (first time, and last time for me on truffles), baguette and glass of French Chablis at La Grande Epicerie de Paris, a subsidiary of the prestigious department store Le Bon Marché Rive Gauche, I was ready to explore its 3,000 square meters of retail space dedicated to more than 30,000 gourmet foods.

At least 3,000 of them had to have been dairy foods. Besides a lot of cheese--some quite smelly—and a great deal of yogurt—with Greek having only a few facings, unlike in the States—I found these two incredible refrigerated walls dedicated to dairy desserts. I’ve never seen anything like this before. 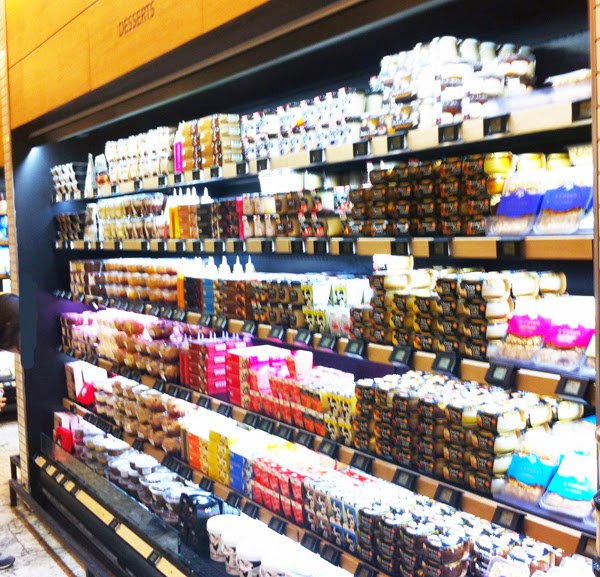 And…as you may have guessed…I have never tasted like this before. At two to three times the price of a same-sized yogurt, I spent more than 30 Euros on my sampling spree. Wow, that’s the only word to describe dessert that afternoon!

Back in the States, accolades go to two brands trying to break into this premium dairy dessert category.

There’s also Dannon Creamery, which includes five cheesecake-inspired dairy desserts that use Greek yogurt as a base and then get topped with sauces, such as blueberry, caramel, cherry, lemon and strawberry. There are also three puddings made with Grade A milk. Flavors are: dark chocolate, milk chocolate and vanilla.

Both product lines are currently being merchandised with yogurt rather than refrigerated puddings. If more companies get on board, maybe we can gain some shelf space. Aim high: La Grande Epicerie de Paris.

Here are some innovations I either sampled during my La Grande shopping spree or on the show floor at SIAL.

A very impressive line of dairy desserts comes from family-owned Rians, which is located in the French Riviera in the “Berry” region. The company makes desserts designed to be directly eaten from the cup or served on a plate.

Please watch this VIDEO. This is exactly what the millennial consumer is looking for. It’s a back to basics. A “clean to clear” product concept with a touch of nostalgia. 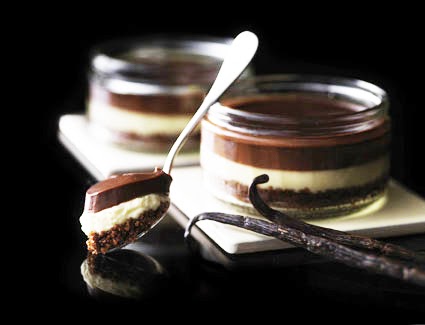 Just check out what Noble Desserts Holdings Ltd., in the U.K. offers under its Gu brand. This line is available throughout Europe, and in the U.S., Wegmans has started carrying select varieties. The Chocolate & Vanilla Cheesecakes shown here are basically a layered dessert of vanilla cheesecake cream cheese, chocolate ganache and a chocolate biscuit base. (New varieties debuted at SIAL, and they will be featured in the near future as a Daily Dose of Dairy.)

Ehrmann is also known for its decadent dairy desserts. The company is expanding its Grand Dessert Chocolate Stracciatella line, which is described as “Special cream for special connoisseurs: Seductive chocolate dessert cream topped with a cherry and fine chocolate chips.” The company also rolled out a speculoos offering.

Building on the salty caramel trend that has invaded the food chain, the flavor of speculoos, a cookie from the Netherlands, is starting to become popular as a flavor or topping on other desserts. It is a shortcrust cookie with a sweet butter and spice (cardamom, cinnamon, clove, ginger and nutmeg) profile. 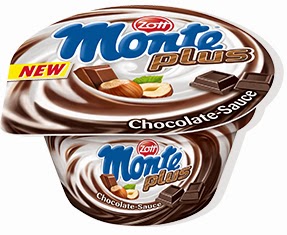 In Germany, the Zott Monte brand, which debuted in 1996 and at the time was described as a completely new kind of dessert, remains a leader in the dairy dessert category. Under development for more than two years, Monte is a combination of fresh milk-cream, chocolate and hazelnuts. This past year the brand expanded with a new concept: Monte Plus. The plus is extra indulgence. The product starts with the original Monte combination and adds a layer of sauce. There are three varieties: Cappuccino, Caramel and Chocolate.

From Lithuania, JSC Pieno Zvaigzdes continues to grow its Svalia Natural line with flavored rice pudding that can be served hot or cold. Varieties are: Apricot, Cherry, Strawberry and Vanilla. The company also offers microwaveable dairy-based porridge in five grain and oatmeal variants.

Poland’s Mlekovita brand is introducing a new porridge concept that combines yogurt with fruit, oatmeal and grains. Varieties are Apple, Banana and Strawberry.

Stay tuned for more details on many of these products.

To start receiving the Daily Dose of Dairy, SUBSCRIBE HERE.
Posted by Donna Berry at 4:21 AM