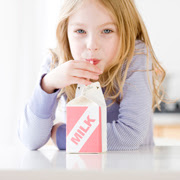 I love summer and I love my sons, but it’s around this time every year that I really love back-to-school time.

Speaking of school, with the majority of the Daily Dose of Dairy subscribers being formulators, marketers and business development specialists at dairy processing companies, I certainly hope you have been celebrating the good news regarding dairy’s positive positioning as a competitive food in schools. In case you missed the scoop, which was pretty easy to do, as the ruling was published on June 28 in the Federal Register, this was the Friday preceding the week of the Independence Day holiday, one of the most popular weeks for Americans to vacation, I am providing you the good news you need to know.

But first, in case you missed some blogs from earlier this year on dairy’s prominent role in schools, here are some links:

Dairy’s Role in Schools
Competitive Foods in Schools: Let's Keep Dairy in the Mix
Flavored Milk in Schools
Sweeteners in Flavored Milk: The Comment Period Has Ended. Now What?

Thank you International Dairy Foods Association (IDFA) for this summary of USDA’s interim final rule for the nutrition standards for competitive foods and beverages in schools. The ruling came less than three months after receiving hundreds of thousands of public comments on the proposed requirements. These standards, called “Smart Snacks in Schools,” allow for a wide variety of dairy products as competitive foods and beverages in schools.

Dairy products, such as yogurt parfaits, low-fat ice cream sandwiches, string cheese sticks or milk sold individually, will continue to be available as competitive foods and beverages. HURRAY! There are nutritional limits set for saturated fat, trans fat, total sugars and calories, but the limits set up by the interim final rule will allow for a wide range of dairy products to be available to school children. This interim final rule will regulate the food and beverages offered at schools through a la carte lunch line, campus snack bars and in vending machines. The regulations apply to food sold during the school day (midnight before to 30 minutes after the end of the official school day), which does not include after school programs, sports events or activities.

“The interim final rule set the limit for total sugar content of competitive foods at 35% by weight of the product, a position strongly advocated by IDFA and member companies,” says Clay Hough, IDFA senior group vice president. “This will align the USDA standards with voluntary standards, such as the Alliance for a Healthier Generation, already followed by many schools, and will allow many ice cream and frozen dairy desserts to meet the requirements to remain in schools.”

In addition to defining a sugar limit, USDA set requirements that would allow for non-standard dairy products and clarified that non-nutritive sweeteners are allowed in competitive products, although schools could set stricter standards. The interim final rule also extended exemptions from fat limits to reduced-fat cheeses, including part-skim mozzarella cheese.  Limits on calories and sodium were set on a portion basis, which will encourage smaller individual packages to meet the requirements.

Some of the dairy products that will be available in schools when the nutrition rules go into effect for the 2014 to 2015 school year include: 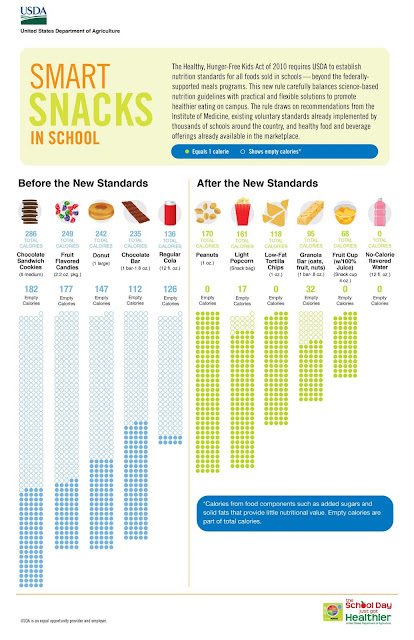 In addition to milk, water and juice, high schools will also be permitted to offer beverages with 40 calories or less per 8-fluid ounce serving in containers up to 12-fluid ounces, and beverages with 5 calories or less per 8-ounces in containers up to 20-fluid ounces. There are no time or place restrictions on when high schools can offer these other beverages, which will compete with milk served as part of the school lunch or breakfast program. USDA indicated that it will monitor the sales of these low-calorie beverages to assure that their availability does not negatively impact the consumption of milk. SOUNDS GOOD TO ME, AS I WILL HAVE A FRESHMAN THE YEAR THESE REGS GO INTO EFFECT!

This interim final rule is a companion program to the updated nutrition requirements for school lunches, which were implemented for this past school year. USDA will accept comments on the interim rule through October 28, 2013.

A summary of the competitive food requirements, along with the school meal nutrition standards can be found HERE.

In one month, August 26th, my boys will be back in school. Hurray! 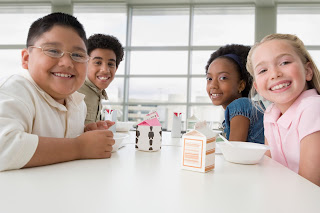