Limited-Time Offerings are the Future of Dairy Innovation. That’s why eye-catching packaging is paramount. 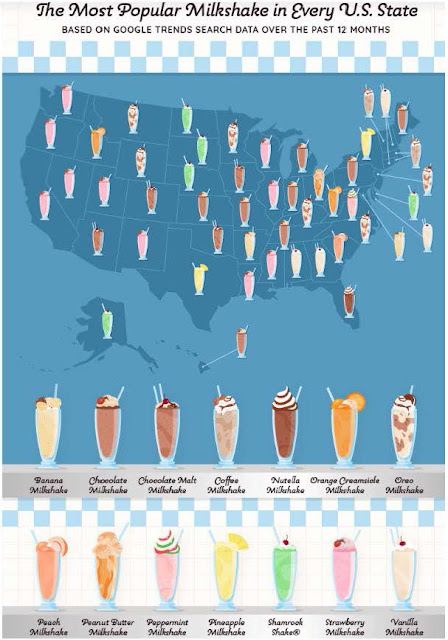 It’s the dog days of summer. That means we are eating lots of ice cream and milkshakes, with the latter being a safer way to consume this favorite summertime treat, as the high temperatures make a dipped cone a bit messy.

Before we explore the importance of limited-time offerings (LTOs) and eye-catching packaging, here’s what you all have been waiting for: the most popular milkshake flavor in your state.

RTA Outdoor Living, a custom prefabricated outdoor kitchens and cooking appliances supplier, investigated Google Trends data over the past 12 months for the most popular milkshake flavors in order to determine the top flavor in every U.S. state. The full results can be explored HERE.

Chocolate and vanilla lovers might be a little shocked when they see that the strawberry milkshake was the most popular milkshake across the country. The creamy blend of strawberries and ice cream was the number one milkshake in 10 U.S. states, while chocolate reigned in eight states. The Oreo milkshake was the third most popular, with six states naming it as their superior flavor. Another shake that broke the top five was the Shamrock Shake. The infamous green milkshake is a minty flavor that typically comes out once a year to celebrate St. Patrick’s Day. Maybe it’s the short timeframe and the feeling of needing to get it while you can that makes this shake so popular.

That’s a perfect lead into LTOs. Limited-time offerings, often centered around flavors of a season, create an urgency to purchase because the product may not be available the next time you shop. Sometimes they are simply bizarre flavors that a marketer creates to draw attention to the brand. Whatever the reasoning behind the LTO, the package must get the consumer’s attention. It has to scream to them “TRY ME!” 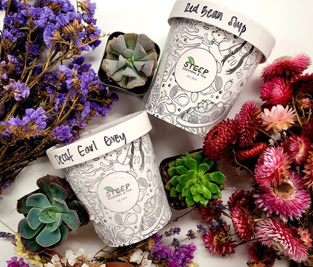 DesignRush agrees with my assessment of ice cream packaging. The company write, “Ice cream is an irresistible treat; it’s the very reason why brands package their creamy goodness in the most creative and visually engaging ways possible. After all, the packaging is not just about making a product look great. It’s all about selling an idea, a story and an experience that everyone can indulge in. Great ice cream packages should instantly give customers a visual representation of how the sweet treat would taste like.”
One of my favorite examples featured by DesignRush comes from the designer Simoneone who used illustration to create a pint container for Steep Creamery & Tea in San Francisco. The standout features are doodles with minimal text blocks and a simple black-and-white colorway on the container. Lids are plain, which is where the flavor is printed. The package got Steep’s ice cream into a take-home pack, which was essential during the pandemic.
“The graphics illustrate the brand’s journey. With this style choice, using a simple color palette complements the overall design. The entire illustration is black-and-white, which stays true to the doodle theme and keeps things clean and streamlined. The only color pop you’ll see is the green leaf on the logo, which draws the attention back to the brand name,” according to DesignRush. 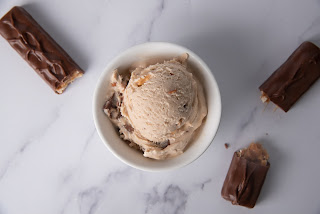 Let’s explore some recent LTOs in the freezer.
Graeter’s Ice Cream, known for its handcrafted flavors and Old World French Pot process, just released its fourth (of five) Bonus Flavors for 2022. Each Bonus Flavor remains a secret until the day it’s released. Consumers are made aware of the new flavors via broadcast media, social media, local scoop shops, the Graeter’s app and online store.
So far, Graeter’s fans have enjoyed Strawberry Cheesecake, Frozen Hot Chocolate and Churro Bonus Flavors this year. And now---drum roll, please—it’s Candy Bar Chip (pictured). This flavor combines rich peanut nougat ice cream with candied peanuts and milk chocolate chips. Each Bonus Flavor is an LTO. Once the flavor is gone from scoop shops and online, the flavor is retired for the year. 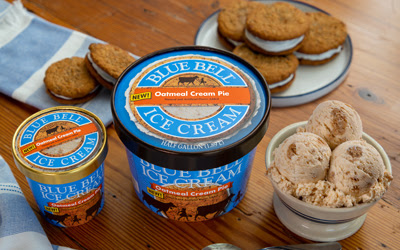 Blue Bell celebrated July being National Ice Cream Month with Oatmeal Cream Pie, which is oatmeal-flavored ice cream with hints of brown sugar mixed with soft oatmeal cookies and a vanilla icing swirl.
“We have taken all of the best parts of an oatmeal cream pie and combined it with our ice cream,” says Jimmy Lawhorn, vice president, sales and marketing for Blue Bell. “You immediately taste the sweetness of the brown sugar in the ice cream, but it is subtle. Once the vanilla icing swirl hits your taste buds, you know this is going to be good. The texture and taste of the soft oatmeal cookies tie it all together. It is just like eating a homemade oatmeal cream pie, but in ice cream form.”
Also new from Blue Bell this summer is Strawberry Lemonade Ice Cream. The flavor is strawberry ice cream swirled with a refreshing lemonade sherbet sprinkled with lemon flavored flakes. 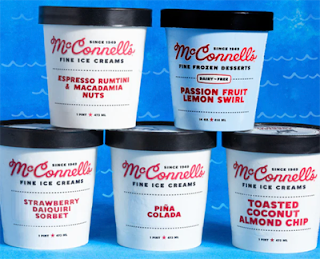 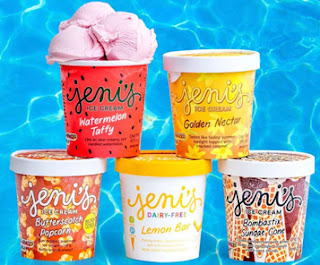 When it comes to LTOs in bizarre flavors, both Jeni’s and Van Leeuwen deserve standing ovations. This summer, Jeni’s introduced The Pool Collection. This series of five LTOs is described as “chill as a cabana in the shade and as refreshing as diving into the deep end.”
What’s on deck? Here’s the lineup: 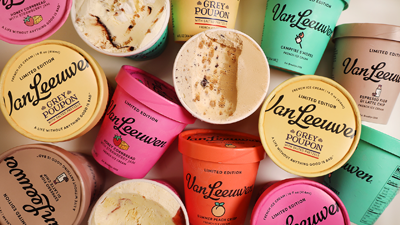 Last summer, Van Leeuwen teamed up with Kraft Heinz to bring together two of life’s greatest pleasures: ice cream and macaroni and cheese. The LTO sold out online in the first few hours and did not last long in scoop shops. Continuing with the cheese theme, earlier this year, Van Leeuwen rolled out a pizza-flavored ice cream featuring a mozzarella base with tomatoes and basil. It was part of an exclusive launch at Walmart that also included mashups like Hot Honey (bits of honeycomb in a vanilla base with a hot honey swirl) and Planet Earth (blue spirulina and matcha green tea cake). This summer the company continued its relationship with Walmart with the launch of five new limited-edition flavors. The mashups included Grey Poupon with Salted Pretzels, Honey Cornbread with Strawberry Jam and Espresso Fior di Latte Chip.
“These pints offer something delicious for every member of a household, whether they like their desserts savory or sweet,” says Ben Van Leeuwen, co-founder and chief executive officer.
Now go cool off with some ice cream!