The Whole Scoop: Ice Cream Trends and Disruptions in 2022 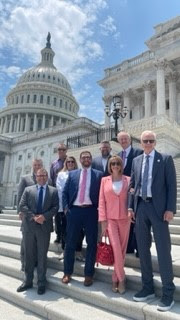 All charts are sourced to: The International Dairy Foods Association's 2022 survey conducted with Research America Inc.

The International Dairy Foods Association (IDFA) hosted the 38th annual Capitol Hill Ice Cream Party on the National Mall on June 22nd after a two-year hiatus due to the pandemic. This summertime event—always held in June, National Ice Cream Month--is for members of Congress, their families, Capitol Hill staff and other special guests. IDFA members donated more than 200 three-gallon tubs of ice cream and 750 novelties to the event, which also featured sustainable cups and utensils to put a focus on the industry's sustainability goals. Representatives from IDFA member companies traveled to Washington, D.C., for the event. The group also met with members of Congress to advocate on key dairy industry policy priorities, including workforce issues, supply chain challenges and improving trade access for dairy exporters.

“The return of the IDFA Ice Cream Party is the biggest scoop on Capitol Hill in years,” said IDFA President and CEO Michael Dykes. “We always say ice cream is as bipartisan as you can get.”

The Whole Scoop
Earlier this year, IDFA partnered with Research America Inc., to survey America’s love for all things ice cream and frozen desserts. This year’s survey is the most comprehensive to date, polling major national and regional ice cream makers and processors from IDFA’s membership (n=132), as well as hundreds of smaller scoop shops and retail ice cream makers from the North American Ice Cream Association, in addition to 1,002 American consumers.
America’s favorite flavors depend on who you ask--ice cream makers or consumers—according to the survey. With both groups, Chocolate, Vanilla and Cookies N’ Cream remain the top-three flavors in the country, mirroring results from the 2017 IDFA-Research America survey.
Top-Five Flavors Among Ice Cream Makers and Scoop Shops:
Top Flavors Among Consumers: 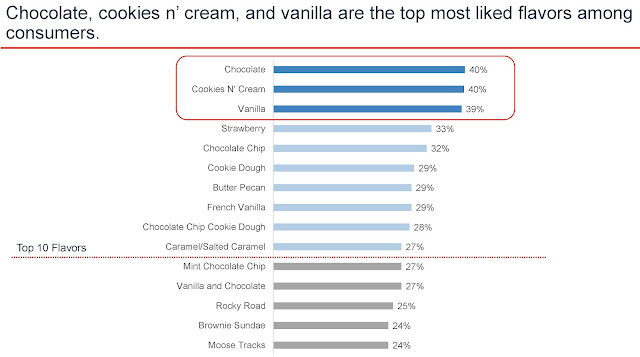 “America’s love for ice cream knows no bounds,” said Dykes. “Comforting and satisfying as an indulgent treat, ice cream production and consumption grew throughout the COVID pandemic and sales continue to set a blazing pace at grocery, scoop shops and corner stores.” 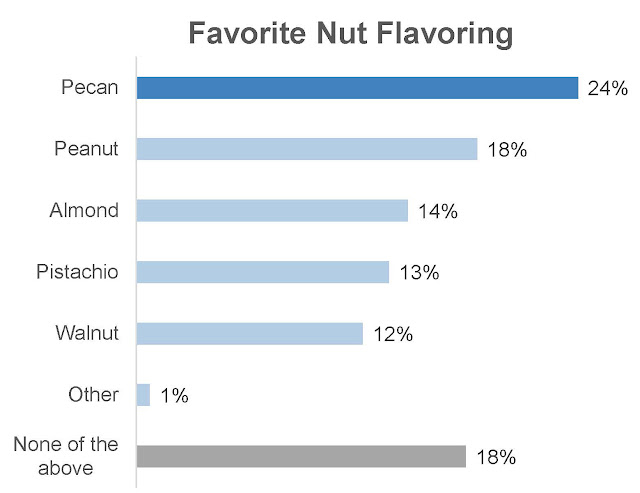 Highlights from the survey include: 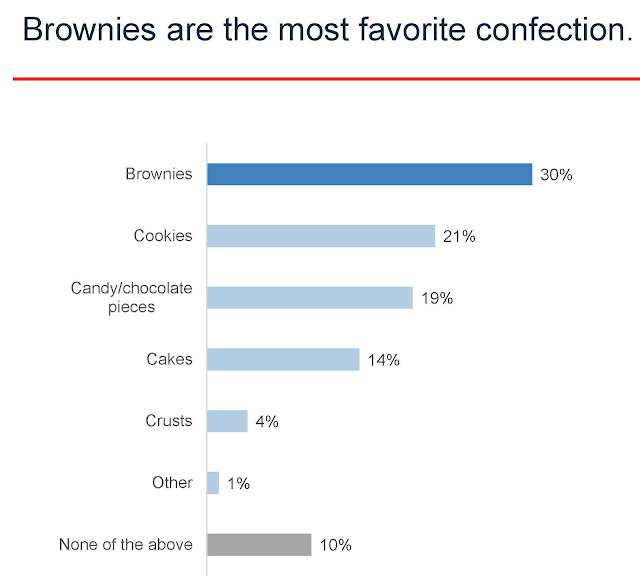 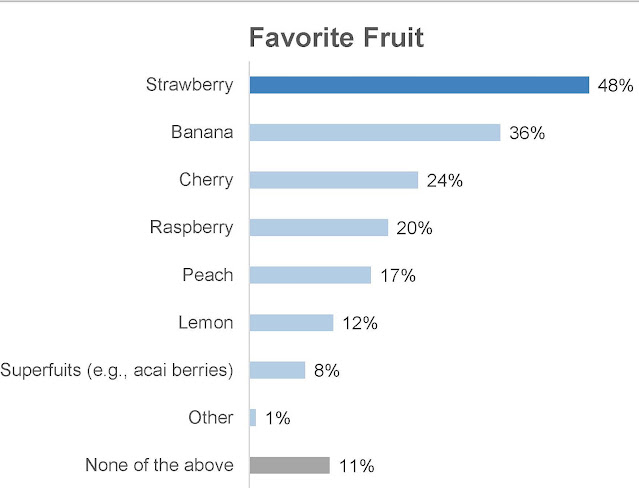 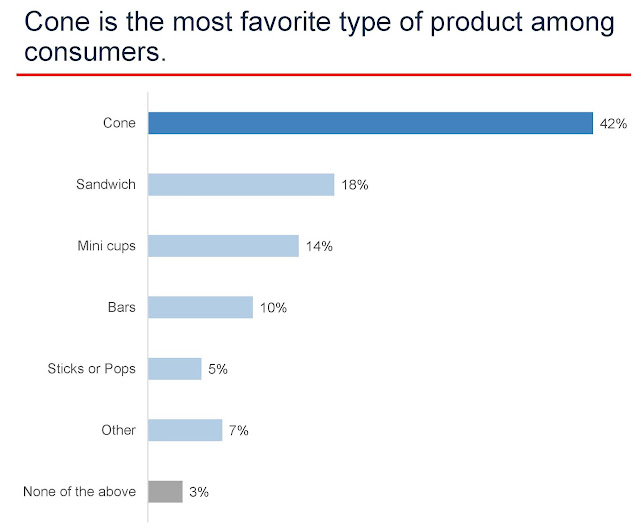 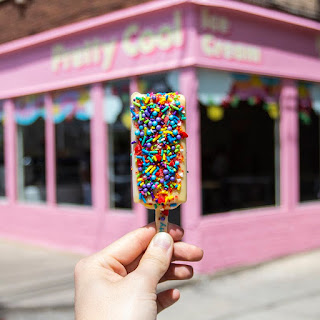 Five Innovators Disrupting the Category
1. Pretty Cool Ice Cream is a small handmade ice cream company in Chicago. By the time IFT takes place in a few weeks, there will be two locations—Logan Square and Lincoln Park—for you to visit. I promise, it’s worth the trip.
The concept was co-founded by award-winning pastry chef Dana Cree, author of Hello, My Name Is Ice Cream. Pretty Cool Ice Cream specializes in hand-made frozen novelties—dairy and vegan—made by skilled artisans. They are individually packaged, with graphics created by local artists. Dairy-based innovations include Caramel Horchata Crunch, Mango Lassi and Peanut Butter Potato Chip.
Photo source: Pretty Cool Ice Cream (above) Eater Chicago (below) 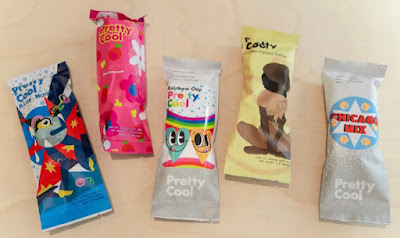 A number of flavors include extra dairy for innovative flavor twists. Examples include Goat Cheese Black Raspberry Swirl, Watermelon Buttermilk and Chicago Mix. The latter was inspired by the iconic caramel and cheddar popcorn mix of Chicago. This stick bar treat is made by dipping salted caramel ice cream in a cheese popcorn shell.
To connect with neighborhood families, when Winnie the Pooh! A Musical Stage Adaptation arrived in the Windy City, Cree developed the kid-sized Silly Old Bear Bar. It is vanilla bean ice cream dipped in a caramel shell with bits of crushed honey comb candy. 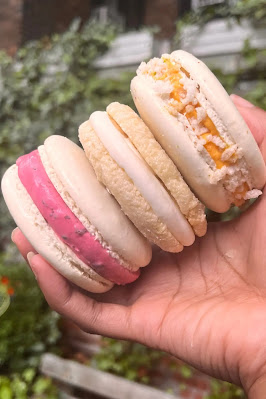 2. The Musket Room in New York City has been a Michelin-starred establishment since 2013. Each week this summer, until the end of August, Executive Pastry Chef Camari Mick is collaborating with a local chef, bartender or food industry personality to develop a new hand-made ice cream sandwich. The event started with Chef JJ Johnson of FieldTrip in Harlem. He created ice cream inspired by jollof rice, with macaron cookies and popped rice. This was followed by Chef Stefano Secchi’s of Rezdora with her brown butter truffle and ricotta ice cream sandwiched between two amaretto cookies.
Photo source: Musket Room
3. Krispy Kreme is shaking up the ice cream category with its new Original Glazed Soft Serve, a one-of-a-kind ice cream made with ingredients from Krispy Kreme’s proprietary and secret Original Glazed Doughnut recipe, including its iconic glaze flavor, as well as real whole milk. Even the toppings and inclusions are “original,” some made from dehydrated Original Glazed doughnuts. It’s now available in 10 U.S. markets in cups, shakes and waffle cones.
4. The Princess Cruises gelato shops are now designated as Ospitalità Italiana. They are the first and only locations to offer an authentic Italian gelato experience outside of Italy.
The prestigious Ospitalità Italiana designation is issued by the Italian Chamber of Commerce committee, an organization of the Italian government, and confirms that every step of the gelato-making process meets or exceeds a strict set of standards as approved by official Italian auditors and experts, who review the process on a yearly basis. Only gelato shops that attain outstanding quality status are awarded the official Ospitalità Italiana certification.
(Photo source: Princess Cruises) 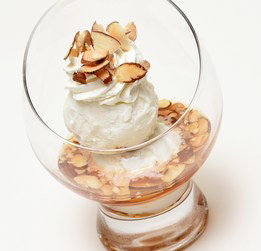 Princess Cruises handcrafts its fresh gelato with Italian-certified ingredients and equipment each day in the pastry kitchens onboard the cruise line’s three newest ships. Corporate Pastry chef Eric Le Rouzic trained with Italian chefs at the Gelato Carpigiani University in Bologna and the Gelato Comprital Atheneum in Milano to master the art of making the product.
According to legend, the recipe for gelato was popularized when architect Bernardo Buontalenti was asked to create a special confection for a member of the Medici noble family in the 16th century. Buontalenti mixed milk, eggs, sugar and extracts in a special machine surrounded by ice and salt, and egg cream-based gelato was born. While it’s creamy, authentic gelato has less butter fat and fewer calories than traditional ice cream. The authentic Italian ingredients are combined with Princess’ freshly sourced fruit and is made each day with whole milk. As a result, a scoop of its gelato is 80 to 100 calories. Guests can choose from a variety of flavors, including Fior di Latte (vanilla), Cioccolato (chocolate), Tiramisu, Nutella and Caramello Salato (salted caramel). 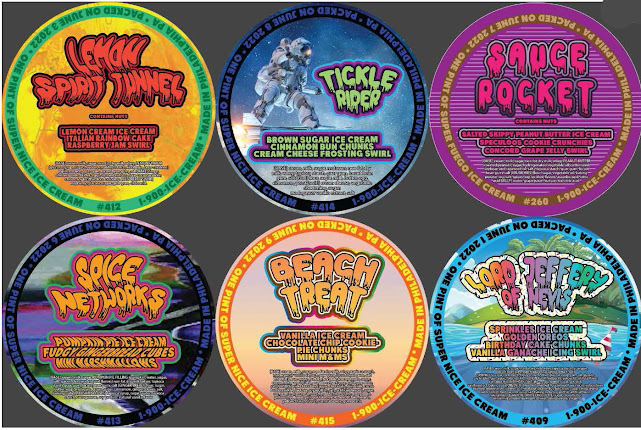 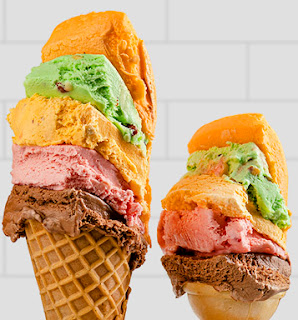 (Photo source: 1-900-ICE-CREAM)
5. 1-900-ICE-CREAM creates and produces innovative ice cream flavors on a weekly basis. The schedule goes like this. On Monday, the staff identifies three to six new flavors for the week. Monday through Friday they make the ice cream in their factory in Kensington, Pa. As ice cream flavors are finished, they are delivered to nearby scoop shops that serve as their retail channel. Depending on available stock, they also ship nationally. (Note how lids state the date of production.)
And here's my hometown bonus: The Rainbow Cone has been a Chicago favorite since 1926. It’s a stack of five flavors: Orange Sherbet, Pistachio, Palmer House (New York vanilla with cherries and walnuts), Strawberry and Chocolate.
(Photo source: The Rainbow Cone)
The ice cream is sliced--not scooped--into a cone or a cup. This almost-100-year old family-owned company has more trucks and kiosks around Chicago than ever before, including this truck at (free) Lincoln Park Zoo located along the lakefront, not too far from where many IFTers will be staying when in town for IFT First, July 10 to 13. Hope to see you there.