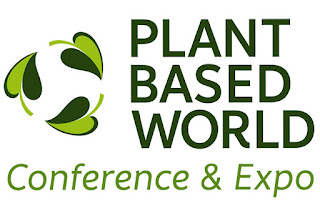 New York City’s Javits Center welcomed the Plant Based World Expo yesterday (Dec. 9), and continues until the end of today. This is only the second installment of this trade fair in North America, with the first one having taken place in June 2019. Proof of vaccination and masks required at all times, unless tasting a sample, the expo was packed. Innovations from brands were plentiful and a number of suppliers also exhibited in efforts to assist entrepreneurs with getting their concept to market. This included today’s blog sponsor, Lycored, which offers a number of plant-based coloring solutions that have application in dairy and meat alternatives, as well as other plant-based products, including condiments and desserts. Thank you Lycored. Visit them at booth #553.

Like with many expos, I sampled, selectively, and focused on the plant-based products intended to replace dairy products such as butter, cheese, ice cream, milk and yogurt. I also found the Opening Keynote session--Growth of the Plant-Based Industry—extremely informative, as it shared perspectives from retail and foodservice. Here are 10 Take Aways.

1. Some of the products are really good, and some are really not very good. I was pleasantly surprised how well a vegan cream cheese tasted in a New York-style cheesecake. There was also a milk alternative that tasted delicious.

2. During the keynote, Rachel Dreskin, CEO of the Plant Based Foods Association (PBFA) said that plant-based milk currently has 16% share of the milk space at traditional retail and 50% in the natural foods segment. Improved product quality is driving growth. Consumers, especially young consumers, like plant-based milks (with oat the leader) for what they are, not necessarily as an alternative to milk. It’s an evolution in mindset with Gen Z. Whereas Millennials and older consumers see plant-based milk as an alternative, younger consumers just see it as another option. This will only become stronger with sensory and nutrition improvements. 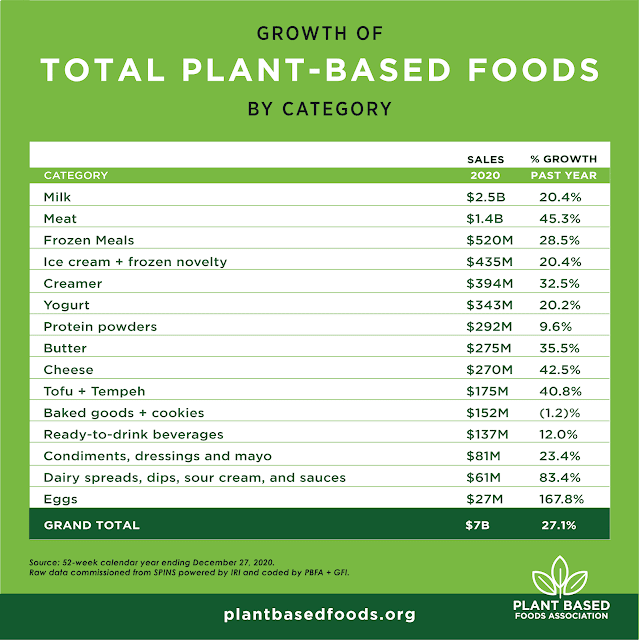 3. And those improvements are happening as innovators think out of the box. Who says mozzarella—dairy or plant based—should be shredded on top of pizza? Miyoko’s Creamery, a leader in the plant-based alternative category, threw away the rule book to craft the finest vegan pizza mozzarella by focusing on the desired end result: delicious meltiness. Rather than creating a solid block of vegan cheese and shred it, Miyoko stripped out the solids and ingredients that hinder meltability, such as anti-caking agents used to prevent clumping, and focused on the melt with this first-of-its-kind, revolutionary liquid cheese. The clean-label perishable product features organic cashews and organic sunflower oil as the top-two ingredients. The formulation includes a touch of mushroom extract for umami and vegan cultures for mozzarella flavor development. When used according to instruction on pizza, you would never know it was plant based. Congrats to Miyoko.
4. But, then there’s the nutrition component that needs to be addressed. This product is not necessarily more healthful for “you” than the low-moisture, part-skim mozzarella traditionally used on pizza. It’s higher in sodium (791mg vs. 682mg per 100g) and almost void of protein (3g vs. 24g per 100g). Both contain 20g of fat per 100g; however, the plant-based has a notable reduction in saturated fat (2.9g vs. 11g per 100g). It also is a bit lower in calories (250 vs. 300 per 100g). The health of the planet is a big message for many plant-based dairy marketers. So, I guess if sodium and protein are not a concern, and saturated fat and the planet are, this product is a winner.
5. Then there’s the plant-based bacon strips I tasted. I will start by saying they were all delicious. However, coconut oil melded with smoky flavor and lots of salt is likely going to be yummy in whatever shape it comes in. Enough said. If a vegan or vegetarian wants bacon, there are plenty of options. Flexitarians will often say it is bacon that keeps them from going vegetarian. That no longer needs to be the case. Vegetarians say it’s the cheese that keeps them from going vegan. That may be slowly changing with commodity cheeses, but as of now, nothing beats true blue, brie and aged cheddar.
6. Retailers are looking for plant-based products to fill gaps in their stores, according to keynote speaker Marcellus Harris, assistant commodity manager for poultry at Kroger. The retail giant is committed to the plant-based movement and currently has more than 100 plant-based items in its private-label Simple Truth brand, 30 of which were added this past year. “Plant-based focus extends across all our customers,” he said. It’s driven by flexitarian families, with improved health a priority. “But, the consumer is flipping the package over.”
7. That back side needs to be clean, simple and not suggest being overly processed. “You have to make plant-based the easy choice,” said Susie Weintraub, CEO of Envision Group/Compass Group, the largest global on-site foodservice company. “It has to taste great and be affordable.” 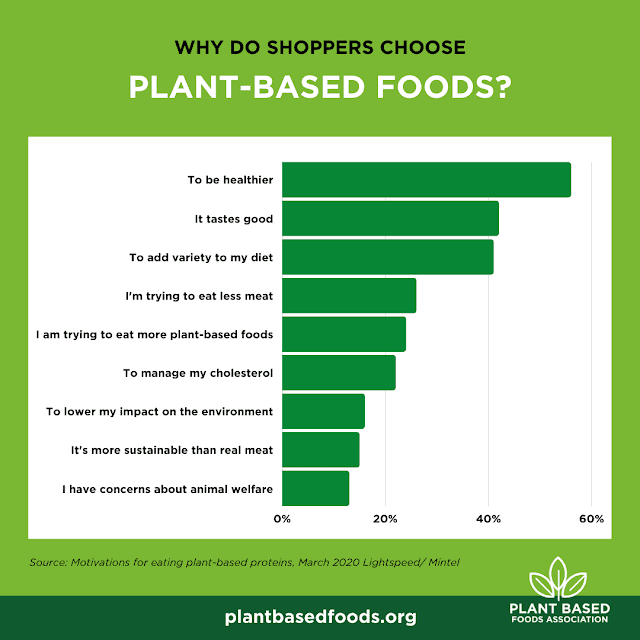 8. Weintraub shared a very interesting perspective on the role of plant-based in foodservice. She explained that Compass serves about one million meals a day and the company “has the ability to influence, promote, educate and inform.” But this can only happen with partnerships with brands. Compass employs more than 7,000 chefs and the company spends a lot of time training and educating them to help them create plant-based recipes. But they can only do so much. I repeat what she said, “You have to make plant-based the easy choice.” This means taste is paramount and price is a huge factor. Sampling helps.
9. Benjamin Davis, vice president of content, Plant Based World Conference & Expo kicked off the keynote by stating that when the first expo took place in 2019, people were just starting to understand plant based and the pandemic provided time for a global adoption of the trend. “We live in unprecedented time where there’s undeniable social responsibility combined with a massive financial opportunity,” he said.
10. He also said, “Plant-forward is used to describe cuisine that focuses more on plant-based ingredients than animal-based ones. It’s a great step-in-the-right-direction for both health and sustainability and caters well to a flexitarian audience.”
Real dairy--delicious and nutritious--can be part of a plant-forward diet.
Hope this gives you something to ponder for your innovation plans for 2022! 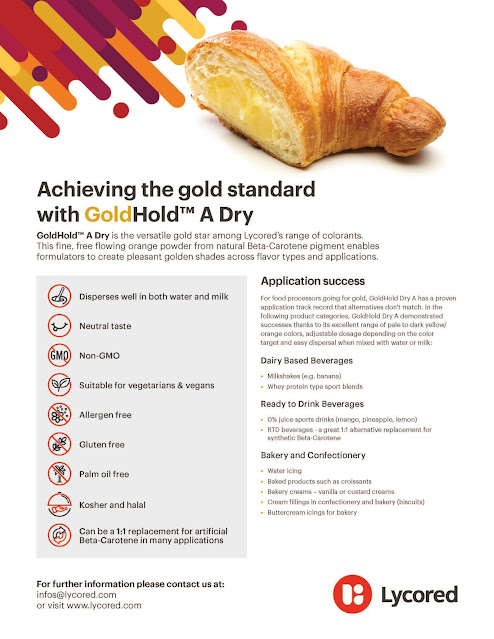