For the Love of Dairy 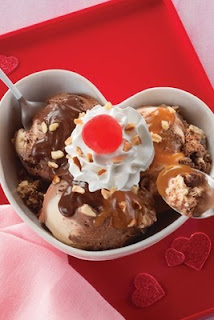 Happy Valentine’s Day! Love makes the world a better place. Collectively our love and passion for dairy is what keeps this nutritious and delicious food group relevant to today’s consumers.

Condolences go out to my friends at Pecan Deluxe Candy Company who lost their leader—Bennie Brigham—this week. It was not that long ago that I was dancing with Bennie and his wife Mary at an All Star Dairy convention. Bennie was a creative leader, inspiration and a fun dancer! He will be missed. He loved dairy.

To read more about his legacy, link HERE.

It’s that love of dairy that is fueling growth. That’s right. The U.S. dairy industry is growing, not shrinking or declining as some mainstream media report. In fact, dairy in the U.S. is a $60 billion segment. There are 15 subsegments within dairy and most of these are growing. Since USDA began tracking per capita dairy consumption in the 1970s, the trend has continued upward for five straight decades, increasing 22% since 1975. In the past decade: domestic cheese consumption increased by more than 25% in total tonnage, with per capita consumption up 16%; per capita yogurt consumption is up 14%; per capita butter consumption is up 16%; and IRI purchase data from 2019 shows increased sales for whole milk, lactose-free milk and other fluid products. The product mix in most demand by consumers is changing—we eat more dairy than we drink these days—but dairy overall continues to grow. People LOVE dairy.

We are the ambassadors and influencers to get the message out to consumers. 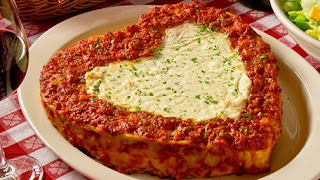 I was angry this week. For a lot of reasons, but only one I can share. That was Joaquin Phoenix’s speech at the Oscars. I took to Facebook and communicated to my “friends” some key facts for them to consider, and I was surprisingly thanked multiple times by people who are confused and just want to understand. I’ve posted these key talking points a few times on my blog. As lovers of dairy, I highly encourage you to copy and share in social media.
These are facts: 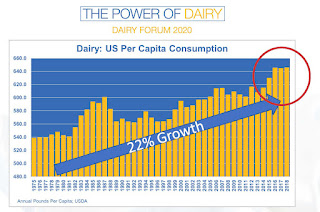 These plants are basically sources of cellulose. In fact, half of all organic carbon on earth is tied up in cellulose. Humans are not able to use this carbon for energy. Ruminants can, and they do so very efficiently. 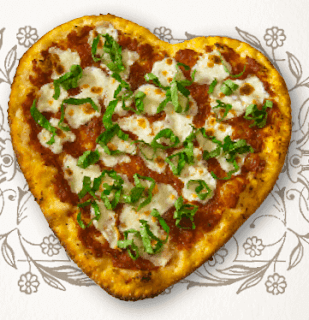 Ruminants, namely cows, goats and sheep, digest cellulose and convert it into foods that humans can eat. They make all of that organic carbon that cannot be digested by humans available to humans in the form of high-quality protein, essential fatty acids such as omega-3s and conjugated linoleic acid, and an array of other nutrients. Milk, for example, provides calcium, potassium, phosphorus, protein, vitamins A, B2, B3 and B12.

Think about a stalk of corn, which provides two to three cobs. Humans can only digest the kernels, and for that matter, not even all of the kernel. The fibrous outer shells of corn kernels pass through the gastrointestinal system undigested due to lack of the necessary digestive enzyme. The rest of that corn plant is useless to humans for energy; however, it’s a meal for ruminant animals such as cows. Cows effectively convert the nutrients in that stalk, husk and cob to meat and milk for human consumption. 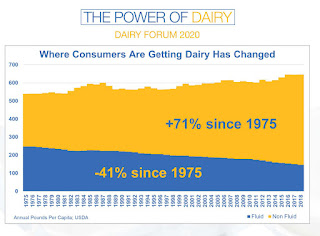 This is why we need ruminant animals to feed the projected 9.7 billion humans who will inhabit earth in 2050.

Humans are omnivores. We are animals that have the ability to eat and survive on both plant and animal matter. Animal nutrients are powerful. The bear, also an omnivore, gets it. When they are foraging the forest and dining on berries and leaves and see a salmon swimming nearby, they ditch the plants and go for the animal nutrition. Bears are smart. They understand the power of high-quality animal protein.

Be a bear! This Berry is a bear! And gosh, that ice cream, lasagna and pizza look mighty delicious!