Dairy Foods 2020: The Fads, the Trends and What Really Matters—Insights for Innovating and Marketing Dairy Foods in the 2020s

When I started writing for the dairy trade in 1993, Dean Foods—as owned by the Dean family—developed the Milk Chug, making fluid milk a convenient, portable beverage that fit into a car’s cup holder. That’s what you call believing--and understanding--the needs of the future. The Dean Foods team collected market intelligence with foresight to the rapidly expanding and diversifying on-the-go beverage category. The company recognized the opportunity for milk to compete in the single-serve market. The Milk Chug was born.

Sadly, through mergers, acquisitions, divestitures and really, let’s face it, mismanaged priorities, Dean Foods is now bankrupt. There was such potential for the Milk Chug. I’m not even sure it’s in retail distribution anymore.

While the situation is sad, there’s a lesson to be learned. And that is that it’s important to prepare for the future by observing today’s shoppers’ behaviors and what makes them tick. Instead of reacting to the fad of the day, look at the fad and identify what is it about the fad that makes consumers obsess.

With that, I would like to point out the irony in “plant-based” restaurants today proudly featuring French fries and ketchup, imposing a healthful “plant” halo on them. Remember when the National School Lunch Program tried to make ketchup count as a vegetable serving? After all, pickle relish already made the cut.

Today there’s a segment of the population that sees ketchup as healthful because it’s plant based. Some might even say ketchup is riding the fermented food trend, as ketchup is basically acidified tomatoes and salt. Yep, it’s high in sodium. I guess that’s temporarily not a concern among plant-based fanatics. But it will be, once again, very soon. Lowering sodium intake is a long-term health trend. It’s not a fad.

Plant-based groupies also ignore the high-carbohydrate (often simple sugars), high-fat and high-calorie content of the many “plant-based” foods being marketed as such. This includes everything from breaded, fried buffalo cauliflower florets to doughnuts. Yes, many doughnuts qualify as being plant-based foods. But, let me reassure you, added sugars, senseless fats and excessive calories do matter. Mindful eating is a long-term health trend. It’s not a fad.

Fads are quick, short behavioral changes that many follow on impulse, because it sounds cool. Consumer media loves reporting on them as they make for great headlines. 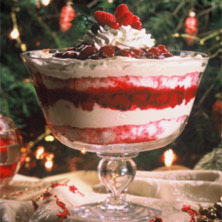 But fads die quick, often quicker than the speed that they rolled in on. Trends, however, have longevity and evolve over time. They may be viewed as the “what” that comes out of the fad.

There are three “whats” in the plant-based diet fad.

1. Consumers want to diversify their sources of protein.
2. Consumers want to eat more whole fruits and vegetables, as well as grains, nuts and seeds. Offering them in fun, flavorful formats helps increase consumption.
3. Consumers are interested in the environmental impact of their food and beverage choices.

Ponder these “whats” as you innovate for the 2020s. Remember, taste always reigns.

With that said, here’s my two cents on “lab-made” foods. If GMOs and rBST make people fearful of the food supply, do you really think today’s shoppers…in the 2020s…are going to purchase lab-made milk? Hey, maybe 30 years from now. Think way in the future. But lab-made milk will not be going in most shopping carts during the 2020s. And if it does, I promise you it will be one of the shortest lived fads ever, even shorter than high-protein ice cream.

I never shied away from cautioning against entering the high-protein ice cream category, a fad that is now on a rapid downward slope. I made more than a few folks angry when I said it was a fad. The reason being that most people consume ice cream for the pleasure of it. It’s an indulgence. It must taste good.

So what were the “whats” in high-protein ice cream? The biggest one was that consumers were looking for new formats of high-quality protein. Lower sugar and lower calories were attractive, too. But at the end of the day, that’s not what most consumers wanted from their ice cream. It made more sense in bars and beverages. Ice cream will remain a treat for the majority!

Do you believe in dairy? If yes, focus on turning these “whats” into products that shoppers gravitate to now and in the future. And thank you Milk Chug. The package did encourage innovation among other processors.

QUICK FAVOR: If you have not already, please complete a quick seven-question survey about your experience with Daily Dose of Dairy/BerryOnDairy.com. For every survey completed, I will donate 50 cents to The Great American Milk Drive. Please link HERE to the survey.