Dairy Foods Innovation: A Sneak Peek to the Flavors and Colors of Foods and Beverages to be Trending in 2020 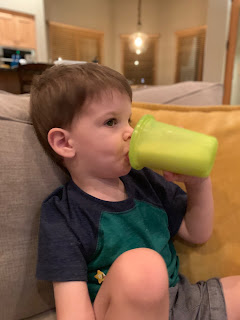 Vegan leather. I just have to share this new phrase I learned yesterday from a friend’s daughter raving about the material her new water-proof boots are made from. In case you were curious, vegan leather is the new term for plastic! Yes, plastic. Moving on…

It’s been a great week for milk and meat.

In case you missed the big news about milk: Cow’s milk and water have been singled out as the best beverages for youngsters. That’s right. Leading medical and nutrition organizations issued healthy beverage recommendations on Sept. 18, 2019, for children from birth through five years old. The panel included health experts from the Academy of Nutrition and Dietetics, the American Academy of Pediatric Dentistry, the American Academy of Pediatrics and the American Heart Association. They came to consensual agreement that children under one year should be fed breast milk/infant formula and water, and after, up to five years old, should consume only cow’s milk and water. They cautioned against an array of beverages, in particular those with added sugars and caffeine, as well as plant-based/non-dairy milks that provide no unique nutritional value.

FLUID MILK PROCESSORS, DON’T JUST SIT ON THIS!
MAKE THIS WORK FOR YOUR WHITE STUFF!

“The experts conclude that cow’s milk—whole, low fat and skim milk—offers a host of essential nutrients that young kids need to be healthy, while recommending parents strictly limit or eliminate all other beverages,” says Cary Frye, senior vice president of regulatory affairs, International Dairy Foods Association, Washington, D.C. “Dairy milk is a super food for kids, providing many of the essential nutrients that only milk can provide, including protein, calcium, vitamin D and potassium. In fact, research shows milk is the number-one source of protein in the diets of children ages 2 to 11.”

This presents a great deal of opportunity for creative packaging of single-serve portions of white milk. It’s time to get busy!

You can read the full report and recommendations HERE. 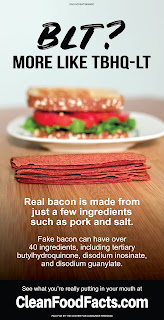 Also this week, there was the full-page ad in the USA Today on Tuesday, September 24, 2019, another day for the history books.

The Center for Consumer Freedom (CCF)—honestly, I never heard of them, but I like their spunk--ran the ad to expose the highly processed nature of fake, “plant-based” bacon. According to the group, roughly one-third of consumers believe “plant-based” is equivalent to “minimally processed.” The ingredient list of “plant-based” bacon, which may include tertiary butylhydroquinone (TBHQ) and disodium inosinate, reveals this is far from true.

This ad is the latest in an educational campaign to demystify the “plant-based” craze. Don’t get me wrong…there’s a place for more plants in our daily diet. It’s important that consumers understand the varying degrees of plant based.

Remember: Plants taste better with cheese! (Please, one or more of my cheese readers, make this go viral in consumer media!)

“Consumers should be aware that ‘plant-based’ is a euphemism for ‘ultra-processed,’” says CCF Managing Director Will Coggin. “Fake meat doesn’t grow on vines—it’s made in factories.”

Now onto those flavor and color trends that are starting to lay the foundation for what we can expect in 2020. It’s time to start thinking about how the dairy industry can capitalize on these trends.

First, you may ask: why color? That’s because we eat with our eyes. And the colors we can expect in new product development this coming year are going to be in the brown, earthy, green and neutral range. This will not be the year of vibrant blues, purples and reds. Nor will it be bright with yellows and oranges.

Again, it’s not that these colors won’t be part of food and beverage innovation. It’s simply that they are not trending. Berries will always go with dairy!

So what flavors go with these colors?

3. Ginger, and its aromatic, pungent and spicy zest. It’s being embraced as part of the gut health movement. 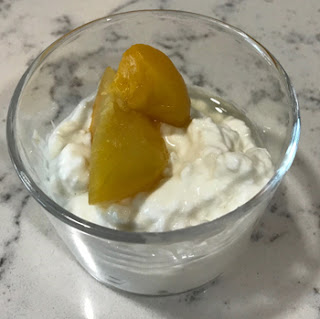 4. Peaches. This has been a lost fruit for so long and The California Cling Peaches association is determined to change that. I had my doubts, but when I saw cottage cheese and cling peach parfaits at the Denver United Club this week, and people were scarfing them down, I had a change of opinion. There’s a lot of peach showing up in foods and beverages, and it pairs real well with oats and brown sugar. Think crumbles and crisps.

5. Coconut. It’s gone beyond beverage and as a milk substitute. It’s a very trending ingredient in many foods. Mostly in its whole form, e.g., shavings and shreds, but also as an oil, for its concentrated levels of medium chain triglycerides, which are known for their fat-burning properties.

6. Bananas. Their yellow-brown hue along with potassium content makes them ripe for new product innovation.

7. Peanut Butter. Crunchy or creamy, peanut butter has always been a popular flavor, but usually paired with chocolate. Now it’s coming out on its own or with other brown foods, namely banana, coconut and yes, peaches. 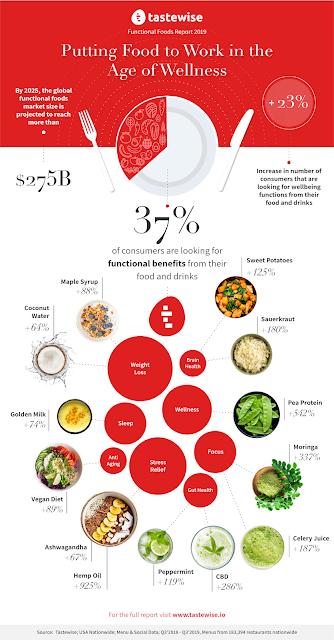 8. Moringa and matcha. Visually they both are green, but their flavor and nutritional values vary. But, they go very well together. Moringa is a tree native to the sub-Himalayan region. Its leaves may be ground up and used as a functional ingredient, delivering an array of antioxidants and bioactive compounds. It has a subtle, sweet taste, which is very different from matcha’s earthy, slightly bitter flavor. Matcha is the finely ground powder of specially grown and processed green tea leaves, and is also loaded with health and wellness compounds.

9. Mushrooms. This fungi is showing up everywhere. There’s a recipe circulating in social media for a mushroom matcha smoothie that also includes coconut, banana, peanut butter and cinnamon.

10. Cheese. From being whipped into a foam on coffee to being blended into fresh and frozen desserts, cheese continues to gain strength as a flavor in unexpected food items.

11. Sea Salt. It no longer needs caramel as its companion to flavor foods. Sea salt, even more so, Himalayan pink sea salt, has become a flavor all on its own.

12. Watermelon. With their pink hue, both the sea salt and watermelon are the outliers in the trending color spectrum. Watermelon is being embraced for its natural electrolytes and hydration properties.

In addition to these dozen flavor trends, here’s some insight regarding trending functional ingredients from the recently released 2019 Food for Function report from Tel Aviv-based Tastewise, a food trends prediction and intelligence start-up.

The company’s artificial intelligence platform analyzes billions of data points, including two billion monthly social media interactions, 180,000 restaurant menus updated weekly and over 2.2 million recipes. The company’s analysis shows celery juice, cannabidiol (CBD) and pea protein to be some of the hottest ingredients right now. (They are all green!)

Tastewise found 1,730 restaurants that offer celery juice on their menus, which was up 9.5% since last year. Fans of celery juice claim using it brings many benefits, including reducing water weight, easing arthritis, lowering blood pressure and general cleansing, according to Tastewise.

The popularity of CBD should be no surprise, especially as it becomes more readily, and legally available around the world. Remember, despite the activity in the marketplace, remember that FDA currently does not allow CBD to be sold in conventional and dietary supplement foods and beverages.

Mentions of pea protein and wellness increased 542%, according to the report. Tastewise found 252 restaurants that mention pea protein on their menus, up 20% since last year.

For weight loss, more consumers are turning to provolone cheese, with mentions up 109%, and maple syrup, with mentions up 88%. Maple syrup has expanded beyond its association with breakfast food and now is viewed as a natural sweetener that may replace processed sugars, according to Tastewise.

The report showed a connection between weight loss and coconut water as well, with mentions up 64%. Tastewise found 2,534 restaurants that offer coconut water on their menus, up 14% since last year.

The report found 37% of consumers are using food as a functional tool to reach their goals, which include antidepressant, anti-inflammatory, antioxidant, weight loss, energy boost and gut health. Tastewise projects the global functional foods market to surpass $275 billion by 2025.

Hope this provides fodder for your innovation ideation.