Limited-Time-Offerings are the Future of Ice Cream

When Tasty--the largest creative cooking social media platform in the world, best known for its signature recipe videos that make cooking fun and accessible--entered the ice cream industry this month with only four limited-edition flavors, it got me thinking about the importance of limited-time offerings (LTO) in the ice cream category. It’s the future. And there’s many approaches to making it best work for your brand.

The second and third flights of flavors will launch in early summer and early fall 2019. Tasty Ice Cream comes in 14-ounce containers at a suggested retail price of $4.99. 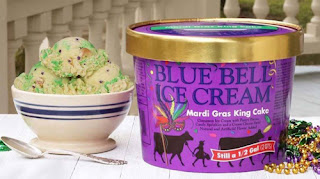 Blue Bell Ice Cream has long been involved with offering LTOs, some of which are returning flavors. The company hypes up the rollout, creating consumer excitement that drives them to purchase.

This time of year Blue Bell is all about Mardi Gras King Cake Ice Cream, which celebrates the Mardi Gras carnival season that ends on Fat Tuesday…for Poles like me, that would be Paczki Day…the day before Ash Wednesday, which is the first day of Lent. In years past, this LTO had limited distribution, but this year, for the first time, the flavor is available in all areas that sell Blue Bell products.

“We have been making Mardi Gras King Cake since 2012, but the flavor has mostly been sold in areas known for the celebration, such as Louisiana and Alabama,” says Carl Breed, corporate sales manager for Blue Bell. “Last year a grocery store in Louisiana posted about the flavor’s arrival on its Facebook page and we started receiving requests from all over the country. After that, we decided to share this festive flavor with everyone in our distribution area.”

The Mardi Gras inspired dessert is made with a cinnamon cake-flavored ice cream, pastry pieces and a colorful cream cheese swirl with festive candy sprinkles. Blue Bell enthusiasts may remember that Mardi Gras King Cake is a combination of two previous flavors, Mardi Gras, introduced in 2004, and King Cake, first produced in 2006. 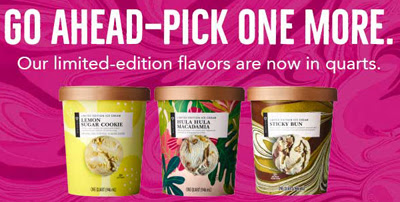 “We still receive requests for Mardi Gras and King Cake because our fans never forget a flavor,” says Breed. “But, you have the best of both worlds with our Mardi Gras King Cake Ice Cream.”

Just like the annual celebration, Mardi Gras King Cake Ice Cream, which comes in half-gallon tubs, is only available for a limited time.

What is it about LTOs? It’s classic supply and demand. Shoppers recognize if they don’t purchase the product when it hits the store shelf, it may not be available the next shopping trip. They are popular because they allow consumers to be adventurous. This suggests that smaller package size may make the most sense for really innovative flavor combinations.

That’s something retailer Publix learned. The company is now marketing its Publix Premium Limited Edition Ice Cream in quart-size containers, “so it’s easier to grab just one more. Which is good, because we want you to have the opportunity to try them all while supplies last,” the company explains.

Wherever purchased, LTOs present consumers with an opportunity to explore food. Seasonal flavors and colors, in particular those associated with a holiday, encourage purchase and often serve as a means to help one get in the spirit. To many, purchasing products that recognize local sports teams or national competitions show a sign of support. Even when food dollars are tight, consumers may dig a little deeper into their pockets to participate. 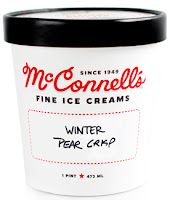 In the ice cream category, LTOs first really caught on during the winter holidays. The theory was that most consumers viewed ice cream as a warm weather treat. By offering holiday-themed flavors, such as eggnog, peppermint candy cane and pumpkin pie, shoppers would make ice cream part of their holiday celebrations. 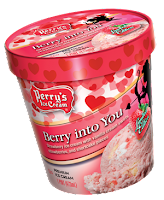 For Valentine’s Day 2017, Perry’s Ice Cream introduced Bad Breakup to comfort those unlucky in the relationship department. Following the success of Bad Breakup, the brand brought it back this year and added Berry into You for those who had found love.

Berry into You is strawberry ice cream with vanilla cream swirls, strawberries and shortcake pieces. Bad Breakup is sea salt caramel chocolate ice cream with milk fudge swirls and fudge-filled hearts. Both come in pints for about $3.59.

“Berry into You is inspired by a dessert favorite, strawberry shortcake, and a complement to our ‘triple chocolate fudge’ Bad Breakup,” says Nichole Buryta, brand manager. “At Perry’s we believe in ice cream that celebrates the moment. Berry into You captures the euphoria of love, everything from that giddy feeling when you can’t stop thinking of someone to the comfort of an enduring romance.” 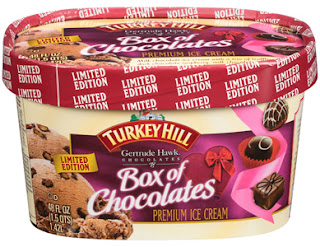 While holiday and specific sporting event themes are popular for LTOs, some marketers find that LTOs are best planned and scheduled. That’s Turkey Hill’s approach. The company offers two LTOs every quarter. 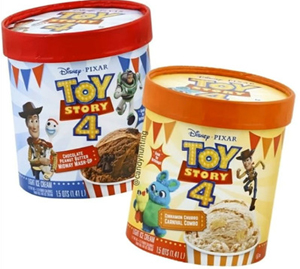 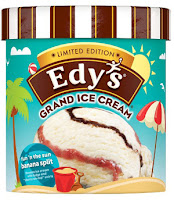 Marketers must never forget that with date-specific products, for example, Halloween, the day after comes the discounts. That’s because consumers are ready to move on to the next big event. A brand can differentiate and drive incremental sales by creating a new event that occurs outside the typical LTO calendar.

For Nestle Ice Cream’s Edy’s and Dreyer’s brands, that would be the release of the Toy Story 4 movie. While the film’s June premiere is still a few months away, the company is creating excitement in the freezer case with Cinnamon Churro Carnival Combo (cinnamon-flavored ice cream with swirls of cinnamon and chunks of churros) and Chocolate Peanut Butter Midway Mash-Up (chocolate ice cream with cookie pieces that resemble Buzz). 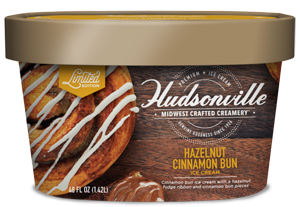 The brands also offer Banana Split Ice Cream. It has all the elements of the perfect banana split, including banana ice cream with fudge and “cherry on top” swirls. 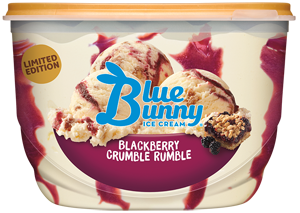 LTOs offer consumers the opportunity to try something new, maybe even more indulgent then their norm. The urgency to purchase provides permission to explore. 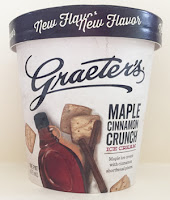 A company that has done a great job of creating its own special LTO event is Graeter’s Ice Cream. Every year around this time the company rolls out what it calls the annual Mystery Flavor. This year that flavor is Maple Cinnamon Crunch. Like all of Graeter’s ice creams, this LTO is handcrafted using the French Pot process, making 2 ½ gallons at a time.

Who said you cannot have ice cream for breakfast?