Dairies Are Going Non-Dairy: It’s Time to Get on Board 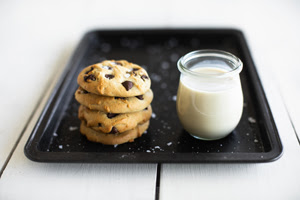 Your head would have to be in the sand to not know that the non-dairy/plant-based movement is here and shows no signs of slowing down. For many consumers, including more plant-based foods in the diet is about health and a sustainable balance, rather than adopting an all-or-nothing way of eating. That’s why it’s time for dairies to get on board with options that keep these shoppers buying dairy brands to keep sales in the dairy industry.

Just a week ago, Danone North America, the U.S. market leader in yogurt and the world’s largest Certified B Corp, also the top plant-based producer in the U.S.--a fact that often is overlooked--announced a huge investment into plant-based food production. This is for current brands, which include Silk, So Delicious and Vega, as well as new offerings under its dairy brand portfolio.

The company is formally opening a new building at its DuBois, Pennsylvania, facility to increase production of plant-based foods to meet growing consumer demand. This multi-million dollar investment to expand capacity grows the already-largest production facility making plant-based yogurt alternatives in the U.S. and adds additional capabilities, creating new opportunities for the company to serve the growing flexitarian demographic.

Flexitarians, people cutting down on animal protein or people following a vegetarian diet who eat meat occasionally, account for one-third of the total population in the U.S., according to a survey conducted by Foster City, Calif.-based Mattson, an independent food and beverage innovation firm.

Rising sales of plant-based foods, without a corresponding increase in the number of Americans who identify as vegan or vegetarian, suggests there’s a general increase in such products among mainstream America. These consumers want to incorporate more plant-based options in their diets, while also continuing to enjoy dairy and meat, according to a phone poll of 1,033 adults conducted by Gallup in July 2018.

The poll found that fewer than one in 10 Americans describe themselves as vegetarian or vegan. Only 5% identify as vegetarian and a mere 3% as vegan. These are numbers that have not changed much in the past decade or two.

Who are these select few? Americans who identify as liberal are more likely to give up animal foods. Eleven percent are vegetarian and 5% vegan, vs. 2% of self-described conservatives who identify as either. They earn under $30,000 annually (9% vegetarian, a higher percentage than the two higher-income groups); are under 50 years old (8% vegetarian for 30 to 49 years old and 7% for those 18 to 29, vs. 3% for those 50 to 64 and 2% for those 65 and older). 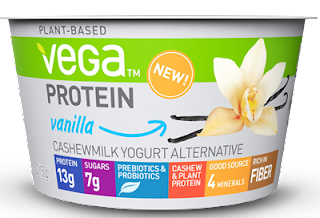 So it’s not vegetarians and vegans fueling the plant-based movement. It’s everyday folk.

The total plant-based food category in retail is growing at 20%, compared with all food, which is growing at 2%, according to a 2018 marketplace analysis conducted by Nielsen for the Plant Based Foods Association (PBFA).

“The plant-based foods industry has gone from being a relatively niche market to fully mainstream,” says Michele Simon, PBFA’s executive director. “Plant-based meat and dairy alternatives are not just for vegetarians or vegans anymore; now even mainstream consumers are enjoying these delicious and innovative options in the market today.”

“The new data confirms what we are hearing and seeing every day from our members: sales are up, investment is increasing and new jobs are being created in the plant-based foods industry,” says Simon. 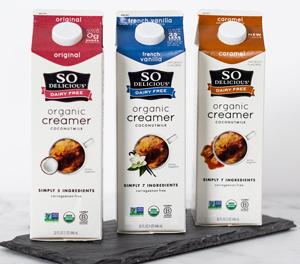 Given this opportunity, Danone, the parent company of Danone North America, has set a broader global ambition to grow its plant-based business three times by 2025. The start of this is observed at the DuBois facility, which sits on 24 acres. The facility, with the recently announced new addition, covers a total of 180,000 square feet.

For Danone, it’s all about providing its customers options.

“Many people who enjoy our products look for plant-based options because they are interested in lessening their impact on the environment through diet,” says Chad Stone, plant director at the DuBois facility.

Dairy processors interested in entering the category should take note of some key differentiators. For starters, while the terms vegan and plant-based might appear to be interchangeable, consumers do not necessarily view them in the same way, according to the Mattson research.

Survey responses suggest that consumers see plant-based as a positive dietary choice, whereas following a vegan diet is seen as a lifestyle associated with serious commitment. This often includes perceived deprivation and allegiance to a cause, such as animal rights. 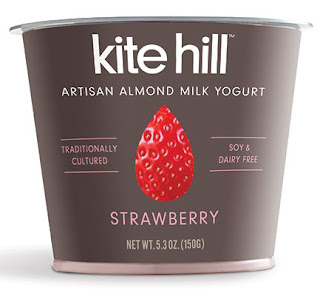 This “positive dietary choice” mindset is fueling dairies to get on board with the plant-based movement.

A survey conducted at the end of 2018 for Kite Hill, a plant-based food manufacturer, of more than 1,200 U.S. adults by YouGov, a global public opinion and data company, suggests that improved health and wellness is a concern for many consumers, with 40% indicating they were motivated to make a diet or lifestyle change after the holidays in light of overindulging. The pursuit of wellness was a clear indicator of consumer mindset, with the survey revealing that roughly a third (34%) of Americans would consider incorporating plant-based foods into their diet as a viable option for achieving their New Year’s health goals. This was a noticeable shift in perception regarding plant-based products, which used to be considered a very niche diet.

The survey showed that an overwhelming 80% of Americans indicated that flavor is an important factor in their decision as to whether to try plant-based foods. Dairy processors know deliciousness. It’s time to get on board. 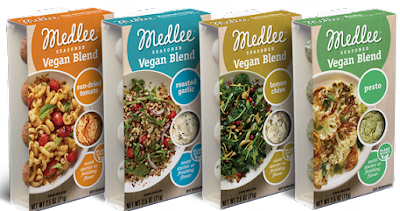 Check out these 10 new products from dairy processors. They have either only been recently introduced or are getting ready to hit store shelves.

Chicago-based Medlee Foods is launching four vegan blends to compliment the ompany’s seasoned butter line. The flavors are Sun-Dried Tomatoes, Roasted Garlic, Lemon Chive and Pesto, and they are packaged just like the butters, in perfectly portioned medallions. 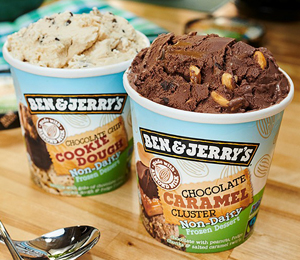 “While the original Medlee line has developed a strong customer base, retailers have expressed interest in a premium seasoned cooking fat for vegan shoppers, as well as those consumers who avoid or limit dairy intake,” says Alberto Valdes, president and CEO. “There’s nothing like Medlee Seasoned Vegan Blends in the market. They are a convenient way to liven up pastas and vegetables, elevating them to center-of-plate status.”

Chocolate Chip Cookie Dough is the brand’s number-one ice cream flavor and it was challenging to be recreated in a certified-vegan format. After many attempts, it’s arrived.

“Ever since we introduced Non-Dairy in 2016, our fans have been clamoring for more,” says Flavor Guru Sarah Fidler. “The biggest challenge this time was creating a chocolate chip cookie dough flavor that stood up to the original. I think we nailed it.”

Magnum, another Unilever brand, is rolling out new certified-vegan frozen dessert bars. Expertly crafted with non-dairy Belgian chocolate and a velvety vanilla base made with a blend of coconut oil and pea protein, Magnum Non-Dairy delivers the brand’s first-ever plant-based indulgence bar. Available in two decadent flavors, Classic and Almond, non-dairy fans can now experience the signature Magnum “crack” with each and every bite.

HP Hood now offers Planet Oat Oatmilk. This new full-bodied milk alternative is naturally sweet and boasts the nutritional benefits of oats, including fiber and protein content. The beverage is not intended to mimic milk, rather, it stands on its own with a rich, creamy texture and clean flavor that may be enjoyed by the glass, in cereal, in coffee and is great for cooking. While being free from dairy, gluten, GMOs, lactose, nuts and soy, the company believes it is not as much an alternative as another beverage option and that milk users will find it appealing.

Planet Oat Oatmilk comes in four flavors: Dark Chocolate, Extra Creamy, Original and Vanilla. An 8-ounce serving of all four varieties is an excellent source of calcium and vitamins A and D. Dark Chocolate is the only variety to contain added sugar. 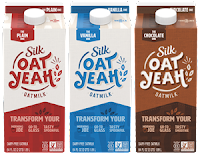 Danone North America also wants in on today’s “it” beverage. Oat beverages were recently listed among Pinterest’s top-food trends for 2019.

Chobani is getting into the plant-based category with new Non-Dairy Chobani. It is a cultured organic coconut product void of lactose and containing 25% less sugar than many non-dairy options in the marketplace. The line includes both cup and drinkable products, another differentiator in this growing space.

The Non-Dairy Chobani name and packaging represents Chobani’s advocacy for transparency as it pertains to better aligning food standards of identity. The company is taking a leadership role in advocating for transparency to make a clear distinction between milk-based foods and non-dairy options. Chobani believes consumers are more empowered when food companies accurately describe foods and the nutritional benefits they offer.

Danone North America’s newest non-dairy options include Good Plants, a yogurt-alternative based on almonds and boasts 40% fewer calories and 70% less sugar than most other almond yogurt alternatives.

There are also two new products coming out under the company’s Oikos Greek yogurt brand. Oikos Dairy-Free is made with coconut milk and has a full-flavor, premium proposition. Oikos ProPlant features 10 grams of complete protein obtained through a proprietary mix of soy and nuts. This product will be hitting shelves this summer.