Ice Cream Entrepreneurs: This Read is a Must for You (and everyone in the ice cream business) 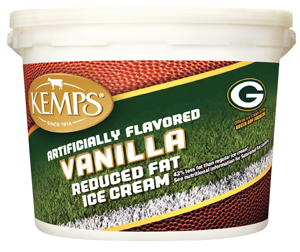 Did you know that the majority of U.S. ice cream and frozen dessert manufacturers have been in business for more than 50 years and many are still family-owned businesses? These are strong brands with loyal customers.

There’s room for more players and innovation. After all, the average American consumes more than 23 pounds of ice cream per year. Retailers need to stock a lot of product. What they don’t need is another amazing vanilla. There’s plenty.

The retail ice cream market has been relatively flat for the past two decades, with growth in one brand or concept coming at the expense of another. For the year ending July 15, 2018, IRI reports retail ice cream sales of $5.7 billion, a 2% increase from the previous 52-week period. Much of that growth is attributed to the new category of higher-protein, lower-calorie ice creams.


I’ve been reporting on ice cream innovation for more than 25 years and often get asked by entrepreneurs for insights. Here I will share some considerations.

But first, got 13 minutes? Please check out this new episode of “Shopping with Michael,” where retail food expert Michael Sansolo interviews me on what’s moving and shaking in ice cream. The Private Label Manufacturers Association filmed this in September. Link HERE. 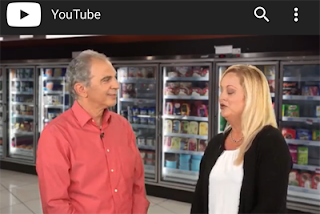 Ice cream is a passion industry. You love the product and want others to enjoy your creation. But it is a tough business and many don’t make it. But many do.

Jeni Britton Bauer did it. Back in 1996 she started out with the goal of setting a new standard for American ice cream. Her approach is to make no shortcuts on ingredient quality. Twenty-two years later, Jeni’s Splendid Ice Creams has grown from one scoop shop in Columbus, Ohio, to 32 sites across the country, and more on the way.

There are five takeaways from Jeni’s success.

1. Start out in foodservice and grow into retail. Be open to food trucks and carts. Without the expense of bricks and mortar, mobile stores are a great way to get your passion in front of potential customers. They are also conducive to sampling and taste testing. Many large urban areas offer approved kitchen facilities to produce product. In Jeni’s early years, she worked with hotel kitchens that had freezing capabilities.

2. Do not skimp on ingredients. Do not under price your product. A pint of Jeni’s in most retail locations is $10. Online it’s $12. You want delicious, you pay for it. Jeni’s Splendid had about $30 million in sales in 2017. 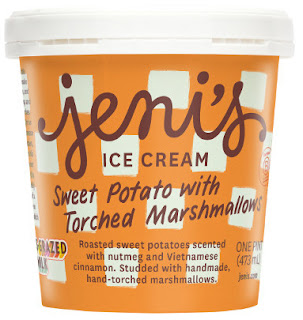 3. Packaging matters. You might have the most amazing product in the most delicious flavor combinations, but if the package does not get noticed in the freezer case, it won’t be purchased. When Jeni’s Splendid first got into hand-packed pints, employees used a permanent marker to write the flavor on the very simple, unadorned pint packages. The simplicity caught shoppers’ eyes, and they bought it up. Today the brand tries to keep it simple so it stands out in the burgeoning retail freezer.

To read more about The Power of the Pint, link HERE.

Her most recent seasonal flavor is Sweet Potato with Torched Marshmallows. It is designed to resemble the classic Midwestern Thanksgiving casserole, just frozen. The company hand makes marshmallows, cubes them, and then spreads them on sheet trays so they can be caramelized with blowtorches. They also roast cinnamon-scented sweet potatoes, which are grown for the company by a longtime family-farm partner located just an hour from the production facility. This effort—and the story—makes the pint worth $10. 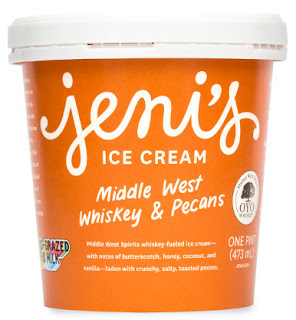 Another newbie is Middle West Whiskey & Pecans. This ice cream is fueled with single-origin, Ohio wheat whiskey that explodes with notes of butterscotch, honey, coconut and vanilla. It is blended with grass-grazed milk for a distinct flavor profile, and adorned with and lots of crunchy, salted, toasted pecans.

The company makes this disclaimer: The alcohol in any of our flavors tops out at about 0.5% or less per volume, which is a trace amount. The alcohol from any beer, wine and spirit we use to make a flavor is not burned off during production. Alcohol lends a distinct flavor to several of our signature flavors, and especially in sorbets, it prevents ice crystals from forming, creating a smoother texture. Is a flavor safe for a child to eat? We leave that entirely up to each parent to decide.

5. Get personal. Partner with the community. Support local teams. That’s what you get with another one of her new creations--Roxbury Road—described as a devilish detour from traditional rocky road ice cream. This dense milk chocolate ice cream is loaded with salty smoked almonds, hand-made marshmallows and a swirl of sweet, buttery caramel sauce. The story goes that when in high school, Jeni loved driving down Roxbury Road, a Columbus, Ohio, street lined with beautiful old homes built in a variety of classic architectural styles. Just like the street for which it’s named, Roxbury Road ice cream is a patchwork of textures, colors, and tastes. Spoonful after spoonful, Roxbury Road is pure, gooey, decadent, instant gratification. 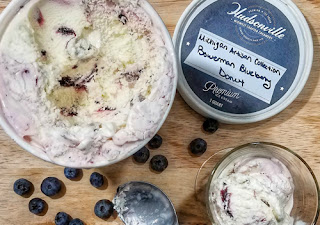 Read more about Jeni HERE in an article in Entrepreneur.

Here are five recent innovations from regional and national brands that caught my eye.

The flavor is the first of Hudsonville’s Michigan Artisan Collection, which has the objective of creating ice cream representative of the best parts of Michigan, with ingredients sourced from local artisans. 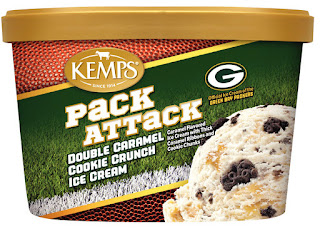 “Bowerman’s Blueberry Donut was an immediate favorite in our testing process,” according to my friend Morgan Craig, flavor development scientist with Hudsonville Ice Cream. “Not only did the blueberry donut pieces pop when mixed with our ice cream, but we’re tapping into a flavor strongly associated with Michigan. Bowerman Blueberries has been an amazing partner through this creation process.”

My friends over at Kemps in Minneapolis love to energize Green Bay Packer fans with limited-edition dairy products in the fall and winter months. (This Chicago native would like to see some Bears ice cream, please.) This year’s ice cream range has something for everyone.

From New York City, there’s new Peekaboo Organic Ice Cream with Hidden Veggies. The new pint concept is the brainchild of Founder and CEO Jessica Levinson, who wanted to get more vegetables into her family’s diet. After much tinkering, she created five flavors of Peekaboo. They are: 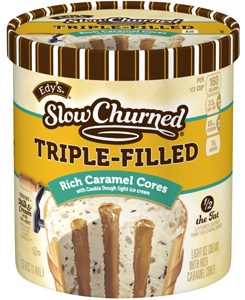 On the more decadent side of the freezer, national ice cream leader Nestle developed Slow Churned Triple Filled for the Dreyer’s and Edy’s labels. The half-the-fat ice cream contains three cores of gooey deliciousness. The four varieties are:


It also looks like the company has decided to bring some of its Haagen-Dazs Spirits line to the States. Pint options include Bourbon Vanilla Truffle and Irish Cream Brownie. 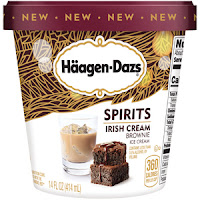 The Frozen Dessert Center, housed within the University of Wisconsin-Madison Department of Food Science, will hold its second annual Frozen Dessert Center Conference October 22 to 23 on the UW-Madison campus. Speakers will address the scientific, manufacturing and technical aspects involved in the production of ice cream and other frozen desserts. This includes freezers, distribution, dairy and non-dairy ingredients, sensory analysis and other trends.