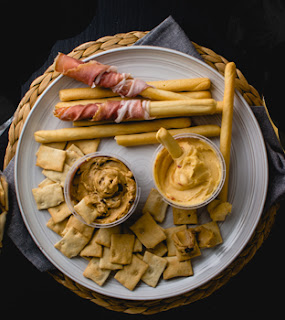 This is the third in a series of reports predicting dairy innovation rollouts in 2017.
As the year starts to wind down, food and beverage market analysts issue forecasts for macro trends that will drive innovation. I take those trends and combine them with the knowledge gained throughout the year from attending international trade shows and talking with suppliers and dairy foods marketers. This year the entire dairy foods supply chain is pumped up about the future. And this is thanks to all the dedicated people who work in every link, from farm to table.

With snacking now ubiquitous--more than three in five (64%) consumers agree that snacking is necessary to get through the day, including 77% of millennials, according to Mintel data—food and beverage marketers are aggressively developing what they believe will be a winner with the growing number of snackers. Mintel data also show that millennials are more likely to be motivated by healthy snack options (68%); and that three in four (73%) consumers are willing to pay extra for snacks made with high-quality ingredients.

Reinventing cheese as a snack and emphasizing its healthful halo—it’s packed with protein and numerous essential nutrients--is one of the hottest trends. There’s a plethora of cheese snacks made with premium, all-natural ingredients rolling out by marketers, both big and small. Some are designed for the convenience channel, while others come in bulk for consumers to grab from their refrigerator as they run out the door. Still others are designed for spreading or dipping, with the carrier being everything from a bagel to a crudités.

To read an article I wrote on this topic for Food Business News, including a slide show of recent innovations, link HERE.

According to data from IRI provided to Dairy Management Inc., and courtesy of the Midwest Dairy Association, almost half (47%) of U.S. households purchase cheese forms associated with snacking at least once a year.  The average buyer makes 4.6 trips per year to the store for snack cheese, purchasing 5.0 pounds during the year. The heaviest buyers are households with children, especially households with children between the ages of 12 and 17. Snack cheese forms also skew towards Caucasian, higher income, and younger (Millennial) households.

Some innovative new cheese snacks are intended for children while others have adult’s palates in mind. Many are one-size-fits all in order to appeal to everyone in a household. Here are 10 unique examples.

Denver-based WhiteWave has been in the cheese business for a number of years with organic chunks, slices and shreds, as well as multi-serve packs of sticks and shapes for snacking. Now the company is entering the grab-and-go segment with individually wrapped 1-ounce sticks of organic mozzarella that come in convenient 24-pack merchandising units. There’s also new 1-ounce pouches of organic cheddar and organic Colby and jack bites. 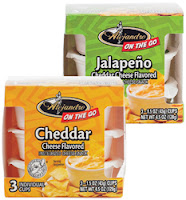 Winona Foods now offers Alejandro On The Go snack cups designed for cheese lovers on the move. These pasteurized snack packs are made with real Wisconsin cheese and are available in cheddar and jalapeño varieties. The 1.5-ounce portion cups, which are sold three to a carton, have a one-year unopened ambient shelf life and are perfect for snacks and lunches, dipping chips or fresh vegetables, or spreading on a sandwich or burger. 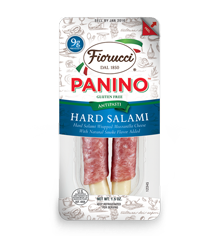 Pinot Grigio & Fig Cheese Spread is made with aged cheddar, white wine and figs. It is a sweet and savory spread with identifiable pieces of fig. The Smoked Gouda & Beer with Pimentos Cheese Spread has a nutty, smoky taste that gets amplified with a splash of brown ale. 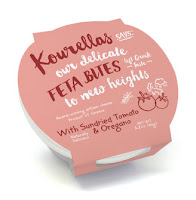 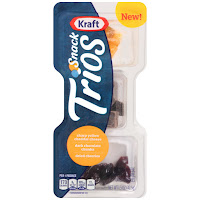 Kraft Heinz Co., has big plans for cheese snacks in the coming year. First in its list is new Kraft Snack Trios, which are 1.5-ounce snack trays. As the name suggests, each tray has three compartments. One contains cheese cubes. The others include chocolate chunks, dried fruit or granola clusters. The company is also growing its P3 line with fruit medleys. Also a three compartment tray, the new medleys include cheese, cubes, dried fruit and salty nuts.

Kerry Ireland is debuting Cheestrings Scoffies. There are three varieties of this new three-container snack, with one container having real chunks of cheese. The second is either crackers or pretzels, while the third is dried fruit, chocolate and/or biscuit pieces. The three containers are described as ‘mixable,’ and offer kids the opportunity to ‘swap them,’ ‘switch them’ and ‘save them,’ as each pack has a convenient resealable tab. 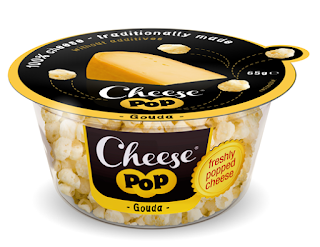 Here’s a different kind of cheese snack. It’s popped cheese. Cheesepop comes in Emmental and Gouda varieties and is produced by the namesake company based in The Netherlands. It is 100% cheese that is simply popped. The heat dries the cheese into snack size balls that no longer require refrigeration. The crispy, airy pops come in 65-gram single-serve, convenient on-the-go cups. 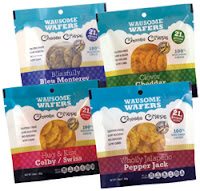 Wausome Foods has expanded its line of cheese crisp snacks with new flavors and convenient grab-and-go 1.6-ounce pouches. Wausome Wafers are now available in Blissfully Bleu Monterey and Wholly Jalapeño Pepper Jack, in addition to the original Clever Cheddar and Hug & Kiss Colby/Swiss flavors. Blissfully Bleu Monterey is made with Wisconsin Monterey jack cheese with Roqueforti cultures added for blue veining. Wholly Jalapeño Pepper Jack is flavored with real jalapeño chiles for just the right amount of heat. Wausome Wafers are made with 100% Wisconsin cheese and can be eaten as a snack or served as creative appetizers, with dips or crumbled over salads and soups.