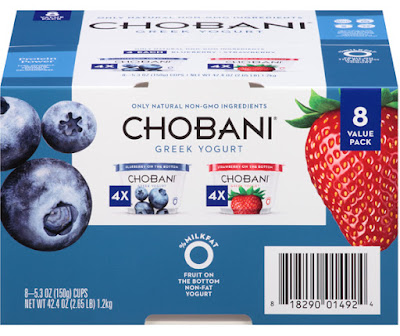 The battle between pro-and anti-GMO forces, as well as the controversy between loosening laws governing intrastate raw milk sales, shows no sign of abating. If anything, both topics seem to be getting more intense.

In collaboration with Cary Frye, vice president of regulatory and scientific affairs at the International Dairy Foods Association (IDFA), I wrote a column this week for Food Business News entitled “Halting the raw milk movement.” (Thank you Cary.) You can read it HERE.

The column discusses the reasons raw milk advocates have such strong views, while at the same time provides statistics on the correlation between consuming unpasteurized milk and getting ill, possibly dying. The science is sound. Pasteurization is a food safety technology, not some “erroneous picture of reality that is ludicrous and counterproductive,” as one reader wrote. I am thankful to the grade school teacher who summed up the power of pasteurization as explained by one of her eight-year old students: “It’s like using hot water to wash dishes or take a shower.”

The science is so solid on the power of pasteurization that even an eight-year old can understand it’s a technique to clean milk! Would you dare eat a piece of spinach right from the plant before washing it? I’ll admit I pop some blueberries in my mouth when picking in August in Michigan with the family, but don’t think that food safety does not cross my mind.

It seems in this day and age with food safety front and center after Chipotle’s recent situations, and other issues with Listeria in ice cream and cheese and E. coli on leafy vegetables, consumers would want to err on the side of caution. Please take the time to read the COLUMN and share with your local media outlets. The time is right to set the record straight: Pasteurization is a necessary food safety technology. 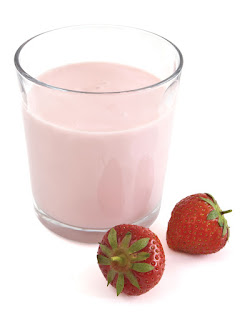 The time is also right to set the record straight on GMOs. Non-GMO is a personal choice, one that is appealing to an increasing number of consumers. There’s no denying this fact. But there’s no science to show that non-GMO ingredients are any better or any worse than GM ingredients.

Packaged Facts reports in its study “Non-GMO Foods: U.S. and Global Market Perspective, 2nd Edition,” that in the U.S., 80% to 90% of such key crops as corn, soybeans and cotton are grown from GM seeds and there is little effort by anti-GMO forces to undo those facts on the ground. Instead, there is bitter conflict over attempts to have foods made using ingredients from GMOs labeled as such.

The approach is very different in Europe and throughout the rest of the world where GM crops have been widely banned. Rather than focusing on labeling food products, an epic struggle is taking place over those bans. On one side are environmentalists and health advocates who would keep and extend the bans. On the other side are agricultural experts and the GM seed companies who want to see the bans removed. On both sides are farmers, non-governmental organizations and politicians of differing opinions, reports Packaged Facts.

Unlike with pasteurization, which the Centers for Disease Control and Prevention has real, tangible data to show that between 1993 and 2006 more than 1,500 people in the U.S. became sick from drinking raw milk or eating cheese made from raw milk, the research on the safety or non-safety of GMOs is still a matter of personal opinion. There is science that shows that GMOs have caused no harm to human consumers in the two-plus decades that GMOs have been in use. But opponents reject the extensive studies cited. They question the validity of the research, noting a lack of peer review, despite approvals from leading U.S. and European health agencies, and suggesting that the period of use is too short to have provided adequate data. 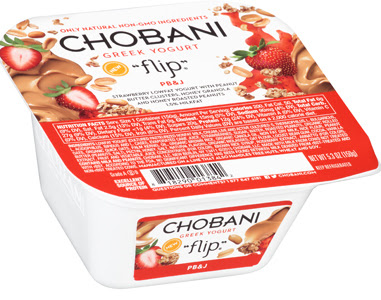 For many dairies, organic formulation and certification is cost prohibitive. Non-GMO certification, which is provided by private organizations, or simply stating the use of non-GMO ingredients, in particular those on many watchdog lists (e.g., corn-derived ingredients), is a more practical option to attract today’s label-reading consumer.

In early 2014, Whole Foods Market stopped selling Chobani yogurt. It was reported that this was because of the grocer’s newly adapted policy of only selling organic or non-GMO Greek yogurt. (Chobani says it was because of an exclusivity deal the retailer requested, one that did not interest Chobani.) At the time, some of the Greek yogurts sold at Whole Foods were made with milk from conventionally raised cows, most of which were likely consuming genetically modified feed. Whole Foods was under the impression that animal byproducts from an animal that has eaten GM feed is also GM. 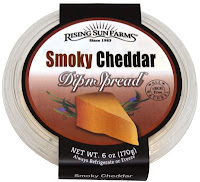 Read this again to fully comprehend its lunacy: animal byproducts from an animal that has eaten GM feed is also GM. That would mean any human—we are animal—who has ever eaten GM food is now a GMO!

With that said, Chobani is changing its ways. The company says it is dedicated to increasing non-GM feed options and is building relationships with organizations and dairy farmers who are committed to GM feed alternatives. The company is sourcing, and says it has long been sourcing, non-GMO ingredients and has started stating this on packaging.

Rising Sun Farms identifies on its ingredient statements the use of artificial growth hormone-free cream cheese, and non-GMO canola oil and soy protein. 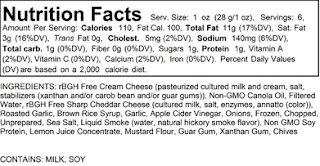 Here’s a second fact. Two years ago Vermont passed a mandatory law requiring on-package labels of foods containing ingredients that have been genetically modified. This law goes into effect July 1, 2016. Unless Congress acts swiftly to provide a uniform standard for food labeling, food companies will be faced with hefty implementation costs, confusion across their supply chain and chaos marketing their products, explains IDFA.

The implementation costs associated with this law and other state-based labeling laws would inevitably be passed on to consumers via higher prices that would hit lower income families the hardest. Dairy products are important nutritionally, and according to the most recent 2015 Dietary Guidelines for Americans, 80% of the U.S. population does not consume the recommended three servings a day. Unnecessarily raising the cost of dairy products for consumers will only exacerbate this public health problem.

Just last week, Senate Agriculture Chairman Pat Roberts proposed legislation that would create a national uniform standard on biotechnology labeling and called for urgent action to take up and pass the legislation. The proposed bill would establish a national voluntary GMO-labeling standard to be developed by USDA within two years of the bill’s enactment. The bill would also prohibit any state from setting separate GMO labeling requirements, and also includes an educational component that will inform consumers about the safety and accessibility of information on agricultural biotechnology. 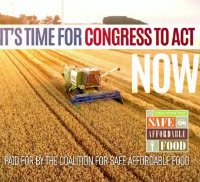 “The bill proposed by Chairman Roberts provides a common-sense, national food labeling standard that brings consistency and transparency to the marketplace, and will ensure consumers have access to more product information than ever before without stigmatizing a safe, proven technology that is a central part of modern farming,” said J. David Carlin, IDFA senior vice president of legislative affairs.

View a moving TV ad from the Coalition for Safe Affordable Food, of which IDFA is a member, released in January HERE. The broadcast advertisement, which ran for a week in the Washington, D.C., television market, focuses on the critical need for a national, uniform labeling standard for products containing GMOs. The ad, entitled “Do Something” urges Congress to find a solution to keep farmers growing and food prices low for America’s hard-working families.

To read more about the Coalition for Safe Affordable Food, link HERE.

A new economic study highlights the urgent need for congressional action to prevent food price hikes on families as a result of Vermont’s GMO labeling law…and it’s not just on Vermont families. The study, conducted by the New York City-based economic consulting firm John Dunham & Associates for the Corn Refiners Association, found that the Vermont law could increase the price of groceries by nearly $1,050 annually. This highlights the far-reaching impacts one state’s misguided law will have on the entire nation’s food chain and emphasizes the urgent need for Congressional action to prevent people already struggling with the cost of food from having to pay significantly more.

“Vermont’s law will cost all of us, as higher grocery costs will be a jolt to every family’s budget, with the greatest effects on lower-income families already struggling to put food on the table,” says Claire Parker, spokesperson for the Coalition for Safe Affordable Food. “At a time when 48 million Americans are already struggling with food insecurity, Congress cannot allow one state to implement an unprecedented labeling law that will significantly raise food costs for families across the country.” 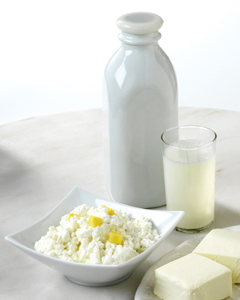 The impacts of Vermont’s labeling law will vary state-by-state. For more information on these state-level impacts, link HERE.

Here’s what you need to know about Vermont’s law.

Vermont‘s effective date for compliance is July 1, 2016, which means unless Congress acts fast, if you want to sell product in Vermont, you need to be changing your labels very soon.

“Vermont’s GMO labeling law is not straightforward,” says Emily Lyons, director-regulatory affairs & counsel at IDFA. “The law is riddled with exemptions and includes strict record keeping requirements, all of which dairy food companies must consider when developing a compliance strategy.”

Starting July 1, 2016, foods sold at retail in Vermont that are produced wholly or in part by genetic engineering must include a GMO declaration. “While there are some exceptions that relate to dairy products, it is important to understand what the law requires before you determine if your products are exempt,” says Lyons. “Exemptions include animal products, organic foods, enzymes, foods that contain GM ingredients that make up less than 0.9% of the food’s weight and more.”

Yes, you read that correctly. Animal products are exempt, to a point. White milk from cows fed GM crops or given a vaccine are exempt. But as soon as that milk changes, the rules change. If the sweetener used in flavored milk was derived from GM crops, now that milk must be labeled according to Vermont’s law.

Here’s an example on how tedious the process is regarding compliance with Vermont’s law.

“Cheddar cheese contains pasteurized milk, cultures, salt, enzymes and sometimes a colorant, such as annatto,” explains Lyons. “Under the law, the milk and enzymes are expressly exempt, but a processor will need to have additional records to indicate the cultures, salt and colorant are also either GMO free to fall under another exception to avoid labeling. Luckily, in this instance, there are no GM cheese cultures available on the market and salt is GM free because it has no DNA, and the colorant is also likely GM free. The processor would need to have all of this information on file, with supporting documentation from suppliers for each ingredient.”

These are the three types of GMO disclosures available for Vermont food product labels: 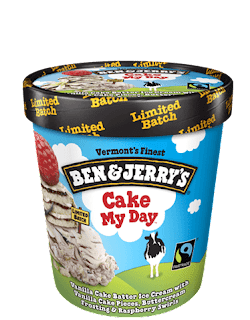 There are more details to the regulation, including reference to the term natural in labeling and advertising. There are also very hefty fines for non-compliance.

Around the time Vermont passed its GMO law in 2014, Vermont’s Finest, Ben & Jerry’s announced that it had transitioned all plant-based ingredients in all its ice cream flavors sold in pints, quarts, mini-cups and Scoop Shops to non-GMO. Still not free of GMO ingredients is the company’s ice cream bars.

Here’s a recent introduction from the company: Cake My Day. This is vanilla cake batter-flavored ice cream with vanilla cake pieces, buttercream frosting and raspberry swirls.