Ingredients for a Gradual Sodium Reduction in Dairy 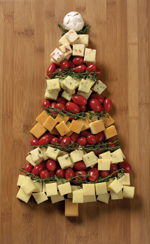 Despite increased awareness about the risks of too much sodium in consumers’ diets and pledges from governments around the world to reduce salt levels in food, product launches with low/no/reduced sodium claims have been nominal, according to market research firm Mintel.

(Read HERE to learn about ingredients that help dairy processors reduce sodium. This is a recent article I wrote for Dairy Business News, a part of Food Business News.)

“A large percentage of the global food industry remains wary of the commercial impacts of reducing salt in their products. This anxiety is well-founded, with many products positioned as low sodium forced off the shelves prematurely in recent years due to poor sales,” according to Chris Brockman, global food and drink analyst at Mintel. “Consumers are concerned about salt intake, but are not willing to compromise on taste.”

According to Mintel’s research, some 54% of U.S. consumers say they limit their use of packaged snacks and other packaged foods because they think they have too much salt or sodium, and 53% are concerned about the amount of salt or sodium in their diets. However, it seems consumers will not give up salt easily. When it comes to products flavored with a non-sodium or salt alternative, almost half (46%) of consumers in the U.S. think that they don’t taste as good as their traditional counterparts.

“Brands will need to dispel widely held perception about low sodium or salt alternatives to be successful. Fortunately, this is possible,” says Brockman. “Many food brands are already introducing step-by-step salt reduction programs that gradually reduce the salt content of their products, a strategy often called ‘stealth health,’ as the incremental removal of sodium can be carried out over a period of time to help the consumer to become accustomed to the changed flavor profile, without the need to flag that up prominently on-pack and thus deter consumers who may perceive ‘less taste.’ Other brands are also steering clear of the health issue by experimenting with different flavor profiles, such as strong spices and vinegars, to enhance taste while eliminating sodium.”

Read HERE about how dairy processors are making progress in sodium reduction in a recent article I wrote for Food Business News.
Posted by Donna Berry at 5:26 AM