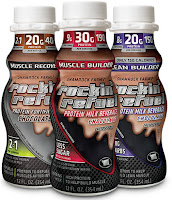 It’s less than four weeks until the International Dairy Show takes place in Chicago (September 15 to 18). Today’s blog sponsor—TIC Gums—will be exhibiting at booth 8219. At the Dairy Show, TIC Gums will be showcasing its extensive range of stabilizing ingredients for dairy products, in particular, systems that assist with the development of the booming category of dairy protein-fortified beverages.

Often times during the Q&A that follows my presentation on dairy foods innovations I am asked by an audience member: "what can we do to get consumers to drink more white milk?" I proceed with caution in my reply because part of me wants to scream “have you not heard a word I just said?”

Here’s the deal. I very much appreciate all the efforts to make milk cool and to educate consumers about milk’s inherent powerful nutrient package. I do believe the positive message in these campaigns trickles--actually pours—down to all dairy foods, from butter to cheese to ice cream to yogurt. But--and this is a big but--until you can tell me that you are pouring yourself another glass of the white stuff--you, the dairy industry professional--how can we expect highly influential consumers to do the same.

But--and this is an even bigger but--there’s so much we as an industry can do to make milk more attractive in terms of flavors and formulations. Look what the folks at Shamrock Farms are doing.

Yesterday (August 20, 2015) they announced All-Pro wide receiver A.J. Green is joining Team Rockin’ Refuel, putting a new face on the brand’s “Rockin’” national advertising and public relations campaign. The company released a behind-the-scenes video telling fans why he chooses Rockin’ Refuel as part of his healthy nutrition routine. You can view it HERE. 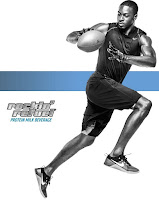 “Drinking Rockin’ Refuel helps me build and maintain the muscles and strength needed to succeed on the football field,” says Green. “As a professional athlete, I have to pay close attention to my diet, especially when it comes to high-quality protein. Rockin’ Refuel not only tastes great, but because it’s made with real milk, I know it’s a healthy protein drink with ingredients I can trust.”

Starting with pure, fresh milk—the white stuff—Rockin’ Refuel contains up to 30 grams of high-quality protein active people of all fitness levels need to build muscle or help muscles recover after a hard workout. To learn more about the complete line of Rockin’ Refuel products, link HERE. 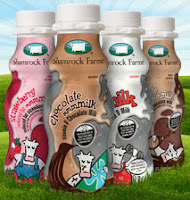 The company is making strides with its On-The-Go mmmmilks. At the beginning of summer, the brand made its way into select Walmart stores nationwide. The retailer will be offering 12-ounce single-serve sizes of Shamrock Farms protein-packed regular (the white stuff), chocolate and strawberry milk. Each Shamrock Farms mmmmilk variety offers more than 25% of the daily recommended value of protein, along with eight other essential nutrients naturally found in milk.

The Fuel Station in The U.K., markets an array of products under the Fuel Your 10K brand, including a line of shelf-stable Liquid Breakfast beverages. Made with 50% to 65% skimmed milk, depending on variety, along with soy protein and milk protein, each 330-milliliter container provides 20 grams of protein. Varieties are: Banana, Caffe Latte, Chocolate, Strawberry and Vanilla.

According to data generously provided by Beverage Marketing Corp. (thanks Gary!), protein drink volume and dollar sales have been steadily climbing the past decade. But at the same time, bottled water strengthened its already prominent position in the U.S. beverage marketplace with another year of significant growth in 2014. Enlarging by 7.3%, bottled water reached a historical high of almost 10.9 billion gallons. Per capita consumption also reached a new peak of 34 gallons.

According to Beverage Marketing Corp., the U.S. liquid refreshment beverage market (this does not include milk but includes beverages containing milk and dairy proteins) grew at a noteworthy rate in 2014 after having been essentially flat in 2013. Its growth was the strongest seen in several years.

Beverage-specific factors, such as the vibrancy of the already-large bottled water segment, as well as more general ones, such as the continuing economic recovery, contributed to the overall increase in liquid refreshment beverage volume, which reached 30.9 billion gallons in 2014. 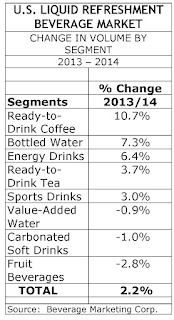 RTD coffee (many are mostly milk!!!) moved forward faster than all other segments with a 10.7% volume increase in 2014. Nonetheless, the segment accounted for a tiny share of total liquid refreshment beverage volume. Indeed, it was the smallest, trailing even value-added water, which registered the largest decline of any liquid refreshment beverage type other than fruit beverages or carbonated soft drinks. Energy drinks advanced by 6.4%, but also remained fairly modest in size. Not surprisingly, no energy drink, RTD coffee or value-added water brand ranked among the leading trademarks by volume.

“Beverages rebounded in 2014,” says Michael Bellas, chairman and CEO of Beverage Marketing Corp. “Products that connect with what contemporary consumers want, like bottled water and functional offerings, added buoyancy to the ever-changing market.”

Dairy processors are able to produce such beverages, and can make milk a leading ingredient in the formulations.

Here are some recent noteworthy innovations.

The summers of 2013 and 2014 were all about RTD coffee. This summer, RTD tea with milk beverages made their big debut, and the innovations continue to pour in. International Delight Chai Tea Latte from WhiteWave Foods comes in half-gallon recloseable gable-top cartons and is merchandised in the refrigerated dairy case. There are two varieties: Caramel Chai and Vanilla Chai. Packaging says the product can be served over ice or heated and served warm. Starting with brewed black tea as a base, the second and fourth ingredients are skim milk and cream, respectively. In between is simple cane sugar. 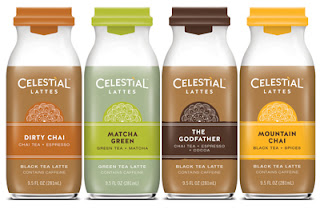 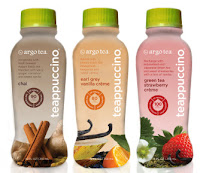 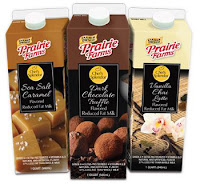 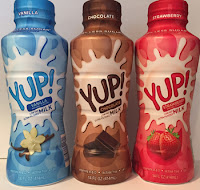 Fairlife now offers Yup! flavored milk. Currently available in the Southeast U.S., the shelf-stable flavored milks will be distributed nationally in early 2016. The UHT-pasteurized low-fat milks come in three flavors: Chocolate, Strawberry and Vanilla. An 8-ounce serving (bottles are 14 ounces) contains 130 calories, 2.5 grams of fat, 9 grams of protein and 18 grams of sugar. Ultra filtration increases protein content, while sugar content and calories are kept low through the use of a combination of sugar, acesulfame potassium and sucralose. Added lactase enzyme makes the milk lactose free. The lactase also assists with sweetening, as it breaks down lactose into its constituent monosaccharides, glucose and galactose, which are sweeter than lactose.

The folks at Fairlife are being proactive with the added sugars content of Yup!, as sugar content is an issue with many RTD beverages. This is what makes bottled water such an attractive option to consumers. It is naturally sugar free.

As you may be aware, the proposed added sugars line to the Nutrition Facts is looking more like a reality than a discussion item. This transformation occurred at the end of July when FDA announced an update to its proposal to include a percent Daily Value for added sugars.

“The FDA has a responsibility to give consumers the information they need to make informed dietary decisions for themselves and their families,” said Susan Mayne, director of FDA’s Center for Food Safety and Applied Nutrition. “For the past decade, consumers have been advised to reduce their intake of added sugars, and the proposed percent Daily Value for added sugars on the Nutrition Facts label is intended to help consumers follow that advice.”

Dairy beverage processors are wise to keep added sugars on the lower end and there are many options to assist. An important consideration when using high-intensity sweeteners is building back the body sugar provides.

To read an article I recently wrote for Food Business News entitled “Sugar reduction: how low can you go?” link HERE.


Have a great end of summer! Hope to see you in less than a month at The Dairy Show in Chicago!