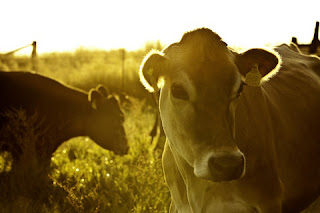 This week alone,  the commander of the “food police,” Michael Jacobson, executive director of the Center for Science in the Public Interest, wrote a column in the Huffington Post criticizing the Olympics for allowing McDonald’s (among other food and beverage companies) to be a sponsor, as he believes the sponsorship provides overweight consumers permission to fill up on Big Macs. “They reach millions of eyeballs with their seductive TV ads, and they know that some of the squeaky clean, healthy images of star athletes will rub off on their sooty reputations,” says Jacobson.

Excuse me, Mr. Jacobson, McDonald’s is all about choice. Don’t forget, the menu also has yogurt parfaits, low-fat milk and some really yummy salads (that include cheese!).

As a mom with boys in travel sports…I love McD’s (and most other) drive-thrus. And when we have 10 extra minutes, sitting down at Subway is like five-star dining. We make smart choices.

But now I congratulate Chipotle, a recognition that is long overdue. Back in June, the company announced that it reached an important milestone in its efforts to serve sour cream and cheese made with milk from pasture-raised dairy cows. Unfortunately, this “positive” news was ignored by most media outlets, as they preferred to continue to dig into pink slime.

Anyway, accolades go to Steve Ells, founder, chairman and co-CEO of Chipotle, who says, “We are constantly looking at every ingredient we use to make our food and how we can get them from better, more sustainable sources. For too long, food made with more sustainably raised ingredients has been out of reach to many consumers, but we are changing that. It’s one of the ways we are changing the way people think about and eat fast food. Food made with these great ingredients should be available and affordable to everyone.”

Chipotle has long believed that animals should live in a way that allows them to display their natural tendencies. In addition to its commitment to serving dairy from pasture-raised cattle, Chipotle also serves all naturally raised meat--from animals that are raised in a humane way and never given antibiotics or added hormones--in all of its restaurants.

Daisy Brand supplies Chipotle the sour cream. It is made from milk from a network of dairy farms that follow Chipotle’s pasture-raised dairy protocol stating that the dairy cattle must have regular access to pasture and that all natural resources, including plants, soil and water, must be sustainably managed. The animals must also have access to shelter, housing or windbreaks that provide adequate protection from the elements.

In addition to its sour cream, 65% of the cheese served at Chipotle restaurants is produced with dairy from pasture-raised cows. And, Chipotle remains the only national restaurant chain with a significant commitment to local and organically grown produce.

I just wish they had a drive thru.

By the way, did you know that Chipotle would likely not be the success it is today without the help of McDonald’s? That’s right. In 1998, McDonald’s made an initial minority investment in Chipotle, and by 2001, the company had grown to be Chipotle’s largest investor. The investment from McDonald’s allowed the firm to quickly expand, from 16 restaurants in 1998 to more than 500 by 2005. On January 26, 2006, Chipotle went public. In October of that year, McDonald’s fully divested in order to focus on its namesake chain. Thanks McDonald’s.
Posted by Donna Berry at 5:42 AM