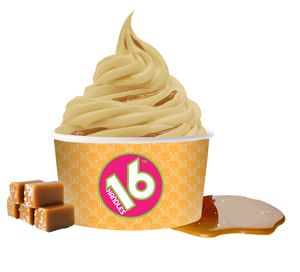 Sodium, when paired with chloride, makes table salt, an ingredient that not only enhances flavor but also performs various functions in different applications. Table salt also happens to be the chemical reference used to demonstrate the taste of salty, one of the five basic tastes, which includes bitter, sour, sweet and umami.

Take for example the new low-fat Salted Caramel frozen yogurt that launched this week by 16 Handles, one of New York’s premier self-serve frozen yogurt chains. The hint of salt is that layer of deliciousness that turns the sweet taste of caramel into a culinary delight. This better-for-you indulgent snack and dessert combines sweet with salty to offer those who crave these two basic tastes an all-in-one experience.

So at a time when overly salty processed food formulators are trying to make significant reductions in sodium levels to accommodate federal nutritional recommendations, others recognize the opportunities a dash of salt brings to the finished product.

I interviewed Leslie Stein, senior research associate and director of science communications, Monell Chemical Senses Center, Philadelphia, for an article I just completed for Culinology (the magazine for the Research Chefs Association) on sodium reduction. She explained that humans have evolved to “really like the taste of salt. Sodium is necessary for life and the positive taste response encouraged consumption of this essential nutrient when it was not readily available.”

Today it is readily available. It is also a hot button in the food formulating world as marketers try to provide consumers with products that contain reasonable levels of sodium. This is true for a number of dairy products, including natural cheeses, processed cheeses, dips, dressings and spreads. The good news is that there are a number of ingredient technologies available to get sodium contents to a level (on a per-serving-basis) that does not raise any red flags with label-reading consumers.

At the 2012 IFT Annual Meeting & Food Expo held at the end of June in Las Vegas, a number of suppliers showcased their sodium reduction technologies. A few even provided dairy prototypes. One technology really stood out, as the company gave me a blind taste test of a regular cheddar cheese and 1/3 less sodium cheddar cheese made with its unique single-crystal potassium chloride. It was impossible for me to differentiate the two, and then when pressed to pick my favorite, I picked the lower-sodium prototype.  I was impressed.

Cheese makers know that reducing sodium is not just about taste, but also function. Both sodium and potassium work similarly in that function, which is to manage moisture to reduce microbial growth and control the onset of pathogens. Traditional potassium chloride contributes undesirable bitterness, but this specialty ingredient, as well as some others in the marketplace, seems to be able to do the trick. It maintains that deliciousness we have come to love and enjoy in cheese.

There’s one more ingredient that recently caught my attention. It is made from a proprietary, whole milk-based fermentation process and naturally amplifies the perception of salty and other savory nuances in various dairy-based applications (among others). It also makes flavors taste brighter and enables flavors to linger, allowing the consumer to enjoy the product a little longer. In fact, in dairy-based dips and dressings, or processed cheeses and cheese sauces, instead of providing an upfront salty hit, it yields a richer, more rounded flavor, often an improvement to even some traditional, all-salt formulations.

With so many ingredient technologies available, formulators should be able to lower sodium contents while keeping dairy products delicious. Remember, consumers need to taste to believe. Reformulate and sample…and simply point out the reasonable sodium content of the product. Flagging sodium reduction on the package’s primary display panel can sometimes bias the consumer, bringing back bad memories of lower-sodium products from years past…ones that were anything but delicious.