Milk Processors Are Ready For Back to School (So Is This Mom!)

It’s been a long summer in Chicago. We’ve been burning up since St. Patrick’s Day when temperatures hit 81F at O’Hare, marking it the warmest leprechaun celebration in 141 years.

I’m done with shorts, baseball and the beach. Bring on jeans, football and a pumpkin patch…and having my boys back in school. 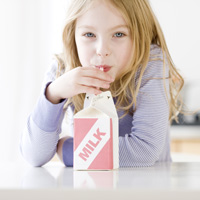 When I ordered lunches for my youngest a few weeks ago, I noticed a major difference in the offerings. Descriptors such as whole grain, low fat and grass fed showed up all over the menu. Since last year, his parochial school has been compliant with federal regulations all public elementary schools must now follow regarding milk: all white milk must be either fat free or low fat and flavored milk can only be fat free. There are no stipulations on calories or sugar levels.

According to Julie Buric, vice president-marketing, Milk Processor Education Program (MilkPEP), “The nation’s milk processors have been hard at work over the past several years to lower the calories and sugar in school flavored milk, giving kids the taste they love while still maintaining all of its essential nutrients.

It’s important that school administrators understand the role flavored milk can have in keeping kids consuming milk and the nine essential nutrients it provides. According to MilkPEP’s Annual School

Survey, milk consumption in schools declined for the third consecutive year, decreasing by more than 1% in just the last year alone.  It is imperative that the choices offered to kids are delicious, which not only includes great-tasting flavor but also being served at refrigerated temperatures. Flavored milk is the most popular choice in school lunch rooms and research suggests students drink less milk when it is not offered --contributing to the detrimental decline in milk intake.

Buric says that for many moms, flavored milk on the menu represents an important choice for their kids.  Four out of five moms (79%) believe kids need healthy choices at school, including chocolate milk. 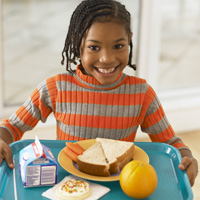