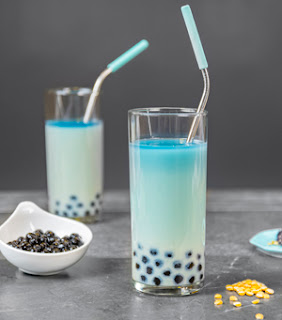 Although demand for plant-based alternatives remains strong, many “proclaimed” flexitarians are still confused on the terminology of this lifestyle. A new study conducted by Danone North America found that only 24% of Americans correlate the flexitarian diet with being flexible and nonrestrictive. This is why it is paramount that dairy foods marketers do a better job of explaining that dairy is allowed in a flexitarian lifestyle…and even better, that dairies offer plant-based options, too.

The studied showed that younger generations have a higher level of understanding, yet only one in five adults were correctly able to define the flexitarian-eating style. A mere 19% of surveyed consumers recognized that moderate amounts of meat are allowed in a flexitarian diet, and only 12% recognized the inclusion of dairy products.

There’s no denying that the demand for plant-based foods is strong. The flexitarian style of eating has been declared the food trend of the year by many trend trackers.

“Flexitarianism is one of the simplest, non-restrictive plant-forward styles of eating that enables people to get the nutrition benefits they want and need without abandoning the foods they love,” said Kristie Leigh, registered dietitian nutritionist from Scientific Affairs at Danone North America. “As a leader in both plant-based and dairy products, we consider ourselves a flexitarian company and want to educate the public on the benefits of incorporating dairy in a plant-based diet to help overcome some common misperceptions.”

While interest in the topic continues to grow, there is a ton of consumer confusion when it comes to understanding the various plant-based eating styles out there. The new consumer survey revealed seven major myths on plant-based, and specifically flexitarian eating styles.

Fact: More than 9 out of 10 Americans (91%) did not consider flexitarian as a type of plant-based diet, which couldn’t be further from the truth. Flexitarian is a plant-based diet but that doesn’t mean you can’t enjoy meat and dairy in moderation. This style of eating is abundant in plants and is still considered a plant-based or plant-forward approach. It provides the same health benefits while being less rigid and restrictive.

Fact: As the name suggests, flexitarian is a combination of the words “flexible” and “vegetarian,” which are the main benefits of this approach. Yet nearly three-quarters (73%) of Americans mistakenly believe that a flexitarian diet is not easy to follow or maintain over time. Flexitarianism gives consumers the option to allow for both plant-based and animal-based foods in their daily lifestyle.

Myth 3: A plant-based diet is likely to be inadequate in protein.

Fact: It is possible to consume adequate amounts of protein when increasing plant foods, especially with a flexitarian approach that includes dairy. Yet two-thirds of Americans (66%) failed to recognize that dairy contains high-quality protein, which is especially important when reducing meat consumption. Similarly, nearly three-fourths of Americans (73%) do not think plant-based dairy alternatives, such as soy, provide high-quality protein. 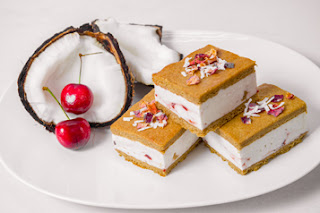 Photo source: Ingredion Inc.
Myth 4: A flexitarian diet is a weight loss diet.
Fact: Switching to a flexitarian eating style may result in weight loss, but the benefits go far beyond a number on the scale. It’s not a quick, short-term way to lose weight. While 41% of Americans see weight management as one of the top reasons to switch to a flexitarian diet, flexitarianism is more of a lifestyle with multiple health benefits beyond weight. For example, few Americans (25%) recognized a flexitarian approach offers muscle and bone health benefits, although Gen Z was more likely to identify the muscle and bone health benefits of (36%) a flexitarian approach compared to all other age groups.
Myth 5.  A flexitarian diet restricts dairy.
Fact: While nearly 9 out of 10 Americans (88%) mistakenly believe dairy is not included in a flexitarian diet, dairy is in fact a valuable part of a flexitarian eating pattern. Milk and yogurt are not only nutrient-rich, but they are also a good source of high-quality protein, which is especially important when reducing meat consumption.
Myth 6. A flexitarian style of eating is suitable only for adults.
Fact: Among parents in the group surveyed, 20% said their children were following a flexitarian or reducetarian approach, which is significantly larger than vegetarian (4%) or vegan (5%). Nearly nine in 10 (89%) believe that plant-based dairy alternatives are a nutritious option for children, while more than half (51%) believe that dairy products offer multiple essential nutrients like calcium, vitamin D and potassium.
1Online survey of 1,014 adults (ages 18+) across the United States between May 9-11, 2022, conducted by KRC Research and commissioned by Danone North America.