Is Kefir the Next Greek Yogurt? 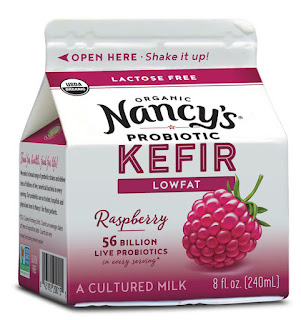 Greek yogurt—namely Chobani—made its debut in the U.S. at the onset of the Great Recession in 2007. Its success defied logic…or did it? Here was this new yogurt concept with a higher retail price tag in a smaller cup size than any other yogurt in the marketplace. Yet, with its claims of higher protein and less sugar, and its unique texture and taste, the product thrived. Well, it did more than that and ever since, we have all been wondering what will be the next transformative concept in the dairy case?

This week during Trends and Innovations, a part of the Sosland Publishing Webinar Series, Stephanie Mattucci, associate director of food science for Mintel, suggested that kefir has the potential to be that product.

Let me back up. She first identified immunity as one of the three key health areas emerging from the pandemic where food and beverage innovators should focus their efforts. The other two are eye health (from all that screen time) and mental health (from that non-discriminating coronavirus disrupting our lives).

Between 2016 and 2020, the percentage of global food and drink products with an immunity function increased 22%, according to Mintel data. In the U.S., 86% of consumers agree eating healthy is important for a strong  immune system, said Mattucci. Immunity was top of mind before the pandemic. The past year or so raised awareness of the connection between diet and immunity.

“Immune health will still be important to many consumers, even after the vaccine,” she said. “It’s all about staying healthy against many illnesses. It is especially critical until the youngest population can get vaccinated.” 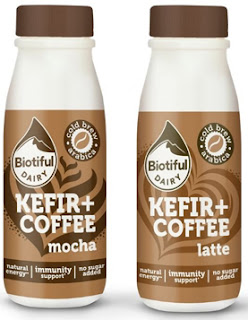 The gut-health connection is one that now resonates with consumers. The two have a mutual relationship and constantly influence each other.

“This presents potential for immune health, with probiotics, prebiotics and even the newly arriving post-biotics,” she said. “They can really play a role in functional food and drink products to help consumers support their immune system by supporting their microbiota.”

Here is where she posed the question: Will COVID-19 turn kefir into the next Greek yogurt?
The global kefir market is expected to grow at a compound annual growth rate of 6.12% from now until 2025, according to the “Kefir Market” report from ResearchAndMarkets.com, growing from a valuation of $1.437 billion in 2019 to $2.053 billion in 2025.
“Kefir is the rising star in the fermentation scene,” Mattucci said. “The kefir grains have application in dairy, juices, plant-based milks and water kefir, the vegan alternative to dairy kefir, everything from drinkable to spoonable products.” 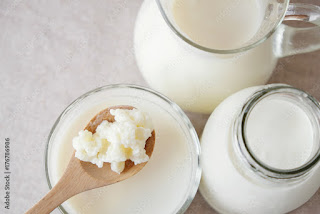 Kefir grains are a symbiotic microbial mix of bacteria and yeast. They feed on simple sugars and multiply in millions. This activity gives rise to a matrix that resembles a small cauliflower floret. The Lactobacillus family of bacteria is the predominant species; however, many others are present.
Lifeway Foods, Morton Grove, Ill., the largest kefir manufacturer in the U.S., which just got bigger after its recent acquisition of certain assets of the privately held, California-based GlenOaks Farms Inc., a respected and pioneering probiotic drinkable yogurt brand founded in 1984, includes 12 probiotic cultures in all if its refrigerated kefirs, delivering 25 to 30 billion Colony Forming Units (CFU). The kefir cultures include: Bifidobacterium breve, B. lactis, B. longum, L. acidophilus, L. casei, L. lactis, L. plantarum, L. reuteri, L. rhamnosus, Leuconostoc cremoris, Saccharomyces florentinus and Streptococcus diacetylactis. 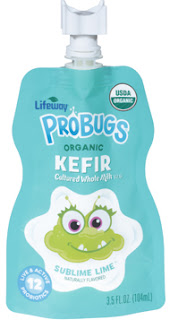 Kefir grains are not created equal, which provides opportunity for innovation in this space based. Unique combinations of bacteria and yeast result in fermented foods and beverages that vary in tartness, the amount of effervescence and viscosity.
“Dairy kefir offers compounds with other health benefits,” said Mattucci. “It contains the polysaccharide kefiran, a strong anti-inflammatory and stimulant for the immune system. And dairy kefir has the potential as a calming mood food, as it is a source of vitamin B12 and the amino acid tryptophan, a precursor to serotonin.”
The January 2021 issue (volume 133) of Biomedicine & Pharmacotherapy published a review titled “Kefir: A protective dietary supplementation against viral infection.” You can read it HERE.
In a separate study published in Microbiome (link HERE), researchers identified molecules in kefir that proved to be effective at treating various inflammatory conditions, including “cytokine storms” caused by COVID-19 and other diseases that attack the immune system.
A new study published from Stanford researchers published in the July 12, 2021, issue of Cell, shows a link between fermented foods such as kefir and an increase in microbiome diversity and reduction in inflammation. You can read it HERE. 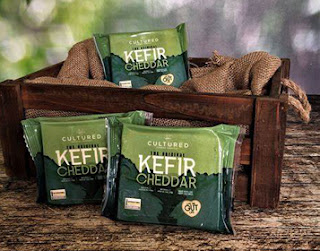 “Products like kefir offer consumers affordable nutrition, especially as they are looking to support their health and strengthen their immune system,” Mattucci said.
While kefir has been around forever, it still is an unknown to many. Market research firm Datassential reports that 34% of the population knows what kefir is but only 15% have tried it. Will COVID-19 turn kefir into the next Greek yogurt?
“Yes, I do believe we are in a massive new wave of growth like we have never seen before,” says Julie Smolyansky, CEO of Lifeway Foods. “A 2,000-year-old beverage whose time has come.” She cites these reasons.
“More research has been done on kefir, gut health, fermented foods and probiotics in the last 18 months due to the pandemic than probably ever before,” she says. “The science is remarkable and it’s getting out to mainstream press and consumers are searching for this info. They are worried about their health and the health of their families. Right now, health, immunity and mental health are top of mind and one of the best ways to be empowered around health is to get the vaccine, mask up and drink kefir and love your gut. This is not just a trend but a 2,000-year-old healing beverage we are truly just starting to understand.” 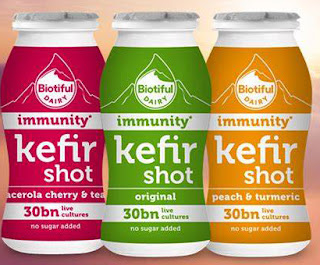 Mainstream media is also getting the science out there.
“The New York Times wrote not one, but two articles about kefir and microbiome this week,” says Smolyansky. It’s so exciting to see mainstream media finally becoming aware of what my ancestors have known intuitively in their gut for 2,000 years.”
Links to the articles are HERE and HERE.
Also just this past week, kefir was listed first on Parade magazine’s 15 best fermented foods to try. The list describes kefir as “This fermented milk beverage is similar to drinkable yogurt. Fermentation eliminates most of its lactose, making it digestible even for those with lactose intolerance.” 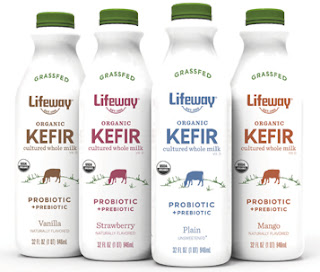 Kefir is even catching on in foodservice. Nation’s Restaurant News recently featured kefir as a ”flavor of the week,” noting that awareness of kefir is growing. You can read the article HERE.
“Once restaurant business comes back, kefir could be on the menu,” says Smolyansky.
At retail, Lifeway’s second quarter 2021 sales surged 16.6% from the previous period in 2020, which was very strong.

“Retailers were reluctant to bring new innovations to shelves during the pandemic. For kefir, an essential, they increased shelf space dramatically,” says Smolyansky. “This shows that consumers are becoming more aware of kefir and buying at a higher velocity.”

I am going to end with an article published this week in Grub Street with this headline: Whole Milk Mounts Its Triumphant Comeback--Hot girls are ditching the alternatives and are going back to basics.
You can read it HERE.