Dairy Foods Processors Take Note: It's the Year After “The International Year of Pulses” 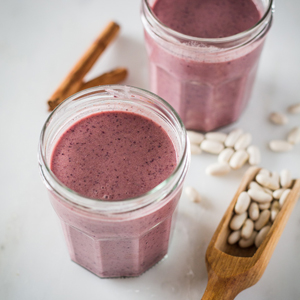 A lot happened in 2016, and I’ll just say 2017 has been quite eventful thus far. There’s no doubt there will be lots of change this year, in the dairy industry and beyond. It’s time for dairy processors to embrace change, namely the types and formats of foods and beverages today’s—and tomorrow’s--consumers want.

If you have not read how the “Dairy industry prepares for Trump administration” in this week’s Food Business News online, please link HERE.


Back to 2016, that’s the year that the United Nations designated as the International Year of Pulses. Pulses are the dried seeds of plants from the legume family, such as peas, edible beans, lentils and chickpeas. Pulses have special properties that make them particularly suitable for today’s health-conscious consumers. They are naturally very high in protein and dietary fiber, and are a rich source of minerals, including iron, zinc and phosphorus. They are also a source of B vitamins and folic acid. They are considered non-allergenic proteins, and are gluten free, non-genetically modified and have a low-glycemic index. In other words, they are powerhouse foods and food ingredients.

Numerous food industry forecasts for 2017 state that pulses and plant proteins will be big. They have already been drivers of innovation for the past few years.

From April 2014 to March 2015, U.S. households had 34% penetration of pulse ingredients, according to consumer data based on sales at Kroger. There was a 74% increase in new product launches with pulses from 2010 to 2014, according to Innova Market Insights. 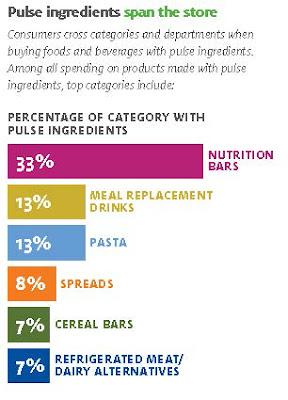 Those innovations span the store, according to Kroger data. (See infographic.) In the dairy case, they are only appearing as vegan products, most notably as milk and yogurt alternatives. It’s time for dairy processors to embrace pulses and develop non-standardized products that combine the best of cows milk and the best of plants.

Research firm Packaged Facts stated in its report “Food Formulation and Ingredient Trends: Plant Proteins” that consumer interest in boosting protein intake remains strong with more attention being paid to the specific types of protein being consumed. The desire for clean labels, ease of digestion, the need or desire to avoid allergens, compatibility with vegetarian and vegan lifestyles, and concerns about sustainability among the general population are putting the spotlight on plant proteins.

“Consumer notions of what constitutes a good protein source are expanding to include a wider variety of plant protein ingredients,” said David Sprinkle, research director and publisher.

Today’s consumers, in particular millennials, are demanding more protein, and varied protein, for a range of reasons, including weight management, allergies, sustainability and ethical/religious beliefs.

About 10% of millennials consider themselves vegan, according to the Packaged Facts report. Dairy processors are poised to produce dairy alternatives with pulses to appeal to this consumer base.

Mintel data show that there’s been a steady increase in the number of dairy alternatives entering the marketplace. (See infographic.) Many of these products are made on the same equipment as their dairy counterparts. Many are made by dairies. Think WhiteWave with its Horizon Organic and Wallaby organic dairy brands and its Silk and So Delicious dairy-free brands. I would not be surprised if WhiteWave has something in the works with a dairy- and plant-based product. 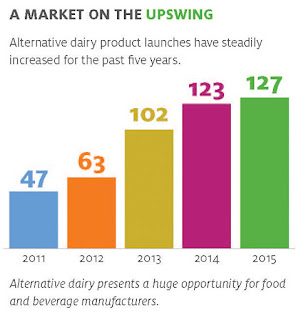 Indeed, there’s plenty of opportunity to blend dairy and plant proteins. I’ve tasted a yogurt-style product made with cows milk and enhanced with pulses, and guess what, it was pretty darn good! I’m thinking smoothies make a lot of sense, in particular “breakfast on the go.” Dips are a no brainer. Greek yogurt and hummus go so well together.

As former Secretary of Agriculture Tom Vilsack, president and CEO of the U.S. Dairy Export Council, said as last week’s Dairy Forum, the dairy industry needs to “collaborate, cooperate and communicate.” This is just as true in policy as it is in innovation.


It’s time to explore the many new pulse ingredients available to formulators. They have clean flavor profiles that enable processors to formulate across a broader range of applications more easily without having to compromise flavor or sacrifice taste, while addressing growing consumer demand for nutritious, protein-packed foods and beverages.