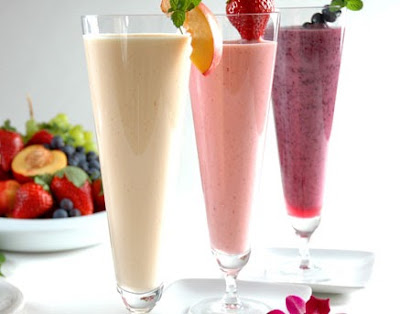 FACT: Dairy proteins are multi-functional ingredients that can assist with making dairy foods a leading clean and simple functional food.

Hmmm, I think it is safe to say it’s been an interesting week. At times all that keeps me going is my passion for all things dairy. The industry is my happy place and I feel rather certain many of you share this sentiment.

Pardon this digression, but can you believe Nick and his guests visited a Wisconsin dairy farm? That made my Monday! If you know what I am referring to, please link HERE and send me a quick email with a thumbs up. I can sure use one.

Now back to the facts. I’ve said it many times and I could not be more thrilled to see many dairy foods formulators taking action by putting dairy proteins back into dairy. From beverages to cottage cheese to yogurt, dairy proteins, namely whey protein concentrate and whey protein isolate, are being added to these products for nutrition and performance. (You will see some recent innovations highlighted during the next few weeks as a Daily Dose of Dairy.)

FACT: Dairy proteins are multi-functional ingredients that may help make dairy foods a leading clean and simple functional food. (Yes, I know I am being repetitive. But this is HUGE!)

The concept of functional foods—with clean, simple and as close to what Mother Nature intended—appears to have resonated with consumers.  Protein, namely dairy proteins, are a major driver of this platform.

Consumer interest in protein, sustainability and functional foods are among 2017’s top U.S. food and nutrition trends, according to the International Food Information Council (IFIC) Foundation. Drawing from its in-house survey research and health professional expertise, along with other data and observations, the IFIC Foundation has identified several hot topics for the New Year. I’ve included some below, including the role of dairy proteins in the product platform. 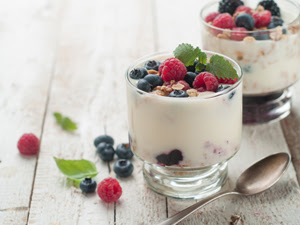 A Functional Place for Foods
Once a little-known concept among the public, functional foods—or foods with health benefits beyond basic nutrition—are becoming a subject of high interest and high demand. The IFIC Foundation’s 2016 Food and Health Survey found that nearly half of consumers said that “weight loss/management” is a health benefit they are interested in getting from foods. About one-third of Americans listed “increased energy,” “cardiovascular health,” “healthy aging” or “digestive health.”

In addition, Google cited “Food with a Function” as one of its top-five food trends in 2016. Searches for functional foods and ingredients such as turmeric, jackfruit and kefir were reported to have especially high volumes.

A “Healthy” Debate
Food labeling has been more broadly discussed and debated in the past several years, from organic certification and “absence labeling” to changes in Nutrition Facts labels. In 2017, the spotlight will shine on what qualifies a food to be marketed as “healthy.” The FDA is currently working to redefine what qualifies as a “healthy” nutritional claim on package labels.

The 2016 Food and Health Survey found that for more than one-third of consumers, a “healthy” food is defined in part by what it does not contain rather than what it does contain. That’s where multi-functional dairy proteins come into play. They not only provide protein, they assist with texture and mouthfeel, and can assist with simplifying labels by allowing for the removal of chemical-sounding ingredients. 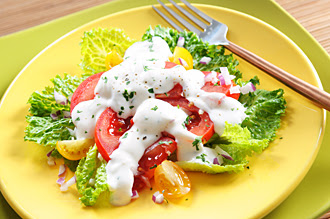 The Acceptability of Sustainability
When it comes to the factors that play into consumers’ food and beverage purchasing decisions, the 2016 Food and Health Survey found that “sustainability” marked its largest increase since the question was first asked in 2011. In 2016, 41% of consumers listed it as a factor influencing purchasing decision compared to 35% in 2015. About three-quarters believe it’s important that food products be produced in a sustainable way.
Milk and products produced from milk have a great sustainability story. Tell it. Talk about local farmers and their production practices.

Protein Still a Powerhouse
There are no signs that the health halo around protein will be knocked off in 2017. According to the 2016 Food and Health Survey, nearly two-thirds of Americans are trying to consume more protein or as much as possible, up significantly from 54% in 2015 and 50% in 2014.

One-fifth of Americans view plant protein as more healthful than they did the previous year, compared to 8% who see it as less healthful. Views of animal protein, however, were split, with 12% perceiving it as more healthful than the previous year and 15% perceiving it as less healthful.
Now’s the time to talk about the healthfulness of dairy protein. Don’t just add it to your products, communicate to consumers why you are adding it. 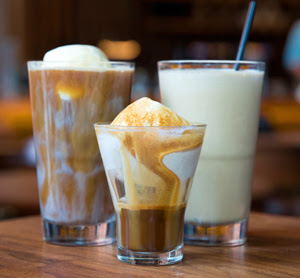 Weight Loss Making Gains
The 2016 Food and Health Survey showed glimmers of hope in America’s “battle of the bulge.” There was a significant uptick over 2015 in the number of Americans trying to lose weight—57% vs. 52%—at the expense of the number of people trying merely to maintain their weight, which fell significantly to 23% in 2016 from 29% in 2015. In addition, according to the survey, the number of overweight and obese Americans (as judged by body mass index) fell to 60% in 2016 from 64% in 2015.

Photo source: Starbucks
When it comes to weight loss, Americans clearly have the will. But will they find a way? Dairy proteins can assist. Explain this to consumers, judiciously, using positive language such as “keeps you fuller longer” rather than “diet” or “weight loss.” Again, explain the healthfulness of dairy proteins. Consumers want to add healthful foods to their diet.

“Despite the fact that we’re seeing such a widespread and growing interest in healthy foods, relatively few Americans believe their diet is healthy. With consumers largely wary of even regulator-approved health food options, marketing healthy foods to skeptical consumers requires far more than merely an on-pack promise,” says Billy Roberts, senior food and drink analyst at Mintel. “The key to attracting these consumers is convincing them that products actually deliver on the healthy attributes they promise and that they are truly good for consumers and their families.” 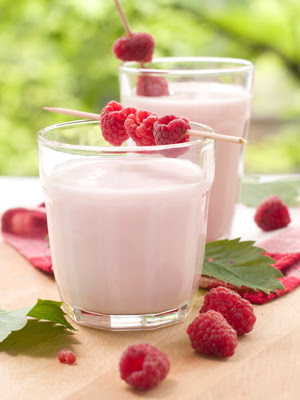 Mintel data show that today’s health-conscious consumers are staying away from products containing high-fructose corn syrup (50%), sugar (47%), trans fat (45%) and saturated fat (43%). What’s more, over one quarter (28%) believe a food is unhealthy if it has artificial ingredients, with consumers actively avoiding products with elements described as “artificial,” such as artificial sweeteners (43%), artificial preservatives (38%) and artificial flavors (35%).

While genetically modified (GM) appears farther down on the list of ingredients consumers avoid when shopping for healthy foods (29%), consumer dislike of GM foods nearly matches their dislike for foods with artificial ingredients. More than one in five (22%) Americans say that they would not feed GM foods to people in their household. What’s more, nearly half (46%) agree that GM foods are not suitable to eat, rising to 58% of consumers with a household income under $50,000.

Well ahead of other ingredients, consumers are interested in protein (63%), fiber (61%) and whole grains (57%) when purchasing foods they consider to be healthy. Protein is particularly of interest to more than half (54%) of iGen (between the ages of 9 and 21 years) consumers, while consumers age 71 and older are most interested in whole grains (50%).

When making food purchase decisions, more than one quarter (27%) of consumers say that health concerns influence their choice of food and nearly as many (23%) indicate that they are more likely to buy food with a health claim on the package than food without. Looking at American families, Mintel research reveals that fathers are more likely to purchase food with a health claim (30%), as compared to 23% of mothers.

I hope to see many of you in Orlando this coming week for the Dairy Forum. The program is packed with informative presentations. A must-see session takes place Tuesday from 10:45am to noon.

Panelists partaking in the “The Dairy Nutraceuticals Boom” will discuss how dairy companies are well poised to benefit from the rapid growth of the booming nutritional and nutraceutical ingredients market. Through innovation, companies are using dairy ingredients, namely dairy proteins, in value-added products for infants, athletes and the elderly.

Hope to see you there.