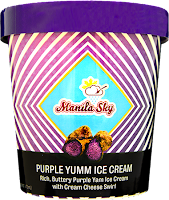 It’s less than two weeks until the International Dairy Show takes place in Chicago (September 15 to 18). Today’s blog sponsor—Double H Plastics—will be exhibiting at booth 8222. Double H Plastics is also sponsoring the Daily Dose of Dairy Live! presentation on Tuesday, Sept. 15, from 10:00am to 10:30am on the show floor. The topic is Innovations in Refrigerated and Frozen Dairy Desserts. Please mark your calendar and plan to attend. At the Dairy Show, Double H Plastics will be showcasing its extensive range of packaging capabilities for both the refrigerated and frozen dairy cases.

During the past decade, the U.S. ice cream market has evolved into an environment more similar to what one finds in Europe and Asia, where the emphasis is on quality not quantity and where consumption is more often outside the home than inside.

When it comes to market size, the U.S. was the largest until this year. According to new research from Mintel, at the end of 2014, there was a shift in power in the global ice cream market, with China overtaking the U.S. as the world’s biggest ice cream market.

Overall, global sales of ice cream reached $50 billion for the first time in 2014, increasing by 9% from 2011 when sales were valued at $46 billion, according to Mintel data.

“Rising incomes and an increasingly developed retail infrastructure and cold chain network are driving growth in the ice cream market in China,” says Alex Beckett, global food analyst at Mintel. “However, the vast array of locally produced, low-price brands present a challenge for global ice cream giants looking to develop there. China is now the powerhouse of the global ice cream market in terms of overall size, although for per capita consumption, it’s the Americans who tuck into the most ice cream each year. The pace of development, coupled with the immensity of the population, is having an increasing impact on the Chinese ice cream market.”

“While rising global volumes of ice cream mainly reflect the category’s expansion in emerging regions, ice cream has encountered challenging conditions in more developed markets like Europe and North America,” he continues. “Growth has been dampened by consumer diet concerns, competition from other categories, such as yogurt, and the perennial challenge of unseasonable weather. As the world economy’s center of gravity continues to shift away from the West, these challenges give ice cream giants all the more reason to extend their presence, and new product development investment, in more emerging economies, particularly in Asia.”

While the ice cream giants are looking at China, local ice cream makers are wise to take note of trends encouraging retail sales in their own regions. There are five I am going to discuss today.

1. Artisan, Local, Limited Edition: Make a Connection
There is a growing global appreciation of individuality and quality-over-quantity appeal in ice cream. In the U.S., for example, more than six in 10 (61%) consumers of frozen treats claim to be willing to spend more on better-quality frozen treats, while 60% of daily eaters believe that local brands are better quality than national brands, according to Mintel data. 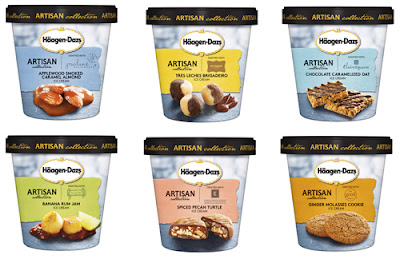 Across Europe, there is strong interest in buying ice cream with locally sourced ingredients. In 2014, almost four in 10 ice cream and yogurt consumers in Italy (39%), France (38%) and Poland (38%) agreed that they would be interested in buying ice cream containing locally sourced ingredients. This was followed by a third (33%) in Germany and almost three in ten (28%) in Spain. In addition, 39% of U.K. consumers agree that ice cream made using authentic production methods, such as handmade or slow churned, is appealing, rising to half (51%) of consumers over age 65.

Recognizing this trend, big brands are making efforts to localize their products. This is best exemplified by the Häagen-Dazs Artisan Collection that Nestlé USA rolled out this past spring. The new line sets out to connect with the highly influential millennial demographic who is mindful of health, social and environmental issues surrounding their food. Millennials are all about seeking out foods with a local connection and experimenting with new concepts.

To produce the collection, the Häagen-Dazs brand team collaborated with notable culinary artisans from around the country to create unique flavors never before experienced in ice cream. To encourage trial, the line will only be available for a limited time.

“To develop the Artisan Collection, we evaluated more than a hundred high-quality, culinary products,” said Kerry Hopkins, brand manager. “After months of vetting, we identified and worked hand-in-hand with six artisans to co-create our new flavors that infuse the taste of the artisans’ original creations with the rich, premium ingredients of Häagen-Dazs ice cream.”

The Chocolate Caramelized Oat was developed with Claire Keane of Clairesquares, San Francisco. Keane has been crafting flapjacks—a traditional Irish treat of caramelized, buttery oat bars drizzled in chocolate—from her own recipe since she was 12 years old. Inspired by her Irish treats, the Häagen-Dazs brand took chocolate caramelized oat clusters and blended them in a rich caramel ice cream. 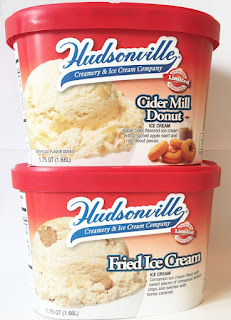 The other four flavors in the line, each with their own culinary story, are Tres Leches Brigadeiro, Banana Rum Jam, Spiced Pecan Turtle and Ginger Molasses Cookie. The six gourmet flavors come in 3.6-ounce (single-serve) and 14-ounce containers.

In addition to artisan and local, limited-edition offerings continue to draw consumers to the ice cream category. Holland, Michigan’s Hudsonville Creamery & Ice Cream Company, which hosted my son and I a few weeks ago (thank you Cary and Ray!), shared with me the two limited-edition flavors they are rolling out this month. Both sport a “limited” and “Michigan made” logo. 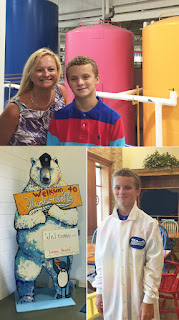 2. Brown Flavors: Sweet, Savory and Spicy
What do these Häagen-Dazs and Hudsonville flavors have in common? They are all brown flavors.

Brown flavors range from chocolate to vanilla…but more notably, include butterscotch, caramel, honey and nuts, as well as bakery treats such as cookies, donuts and tostados. Other flavors that fall into the brown category include bacon, cinnamon and even rum.

Brown is both color and taste. It can be umami, but does not have to be. It can also be bitter and even heat. Brown is best described as what it’s not, and that’s not bright or fruity. 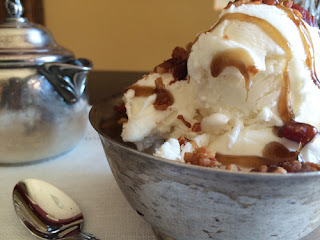 Why are brown colors trending, or actually, why are bright or fruity colors not trending? Though brown colors are more common in the fall, season is only a minor influence on this trend.

The real inspiration here is consumers’ desired for “au naturel.” It’s the desire to return to nature, for simple, clean and nostalgia. It’s also the fact that most fruity colors need a little help from added coloring to make them look alive. And when they are too alive, consumers question their naturalness.

G.S. Gelato & Desserts recently introduced four new gelato flavors, all of them as brown as brown can be. They are: Cinnamon Rum, Crème Brulee, Maple Bacon and Pumpkin Spice.

Schwan’s has a new offering for its home-delivery service. Autumn Treat is pumpkin-flavored ice cream with a swirling ribbon of rich cinnamon and plenty of crunchy praline pecans.

Indeed, cinnamon is big in ice cream these days! It’s brown. It provides a familiar form of heat. It also has many ethnic associations, which adventuresome consumers find attractive.

3. Tropicals: The Fruit of Choice
Not to be upstaged by brown flavors, fruit ice creams are getting more exotic. Tropical fruits, suggestive of many ethnic cuisines, are increasingly making their way into the packaged retail ice cream category. 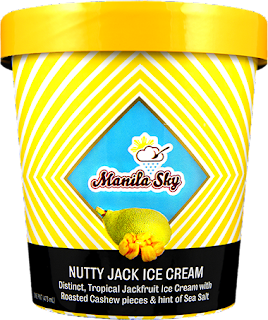 For example, AC Creamery Inc., markets a line of Asian-inspired ice creams under the Manila Sky brand. Described as gourmet fusion, the one-year-old California company uses only local California milk (stating so on front labels) and sources many of its fruit ingredients from the Philippines.

4. Pints are Big; Half-Pints are Bigger
Because quality has become more important than quantity for many ice cream consumers, package size is scaling down. For example, Hudsonville recently expanded its production capabilities and is now doing pints. 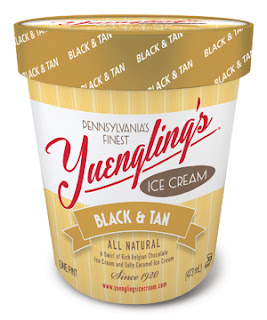 Yuengling’s Ice Cream is now making its hand-made artisan ice creams available in pint-sized containers. Pints offer a great snack-size option at an extremely cost-effective price for a super-premium ice cream brand, according to the company.

Pints also enable consumers to explore new flavors. They are more adventurous when they do not have to commit to a quart or half-gallon.

5. Novelties: All about Portion Control
And as much as pints allow exploration of new flavors, single-serve items, e.g., novelties, have evolved into being more about portion control. It was not that long ago that the frozen novelty category was all about fun colors, flavors and shapes for kids.

With a growing number of parents consciously choosing to not purchase high-sugar, empty-calorie and often artificially colored foods for their kids, the frozen novelty category has evolved into focusing more on portion-control indulgences for adults. This is particularly true on the retail side of the business, where parents can take the time to read the ingredient legend.

Want to learn more about what’s trending in ice cream? Plan to attend the Daily Dose of Dairy Live! presentation on Tuesday, Sept. 15, from 10:00am to 10:30am at the Dairy Show.