Dairy Foods in Fall Flavors and at Anuga FoodTec 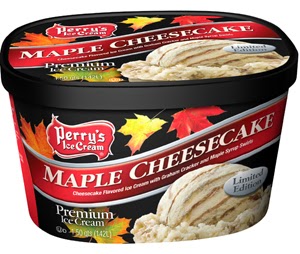 I’m old fashioned when it comes to calendars. I like my DayMinder black book with a month-at-a-glance and weekly scheduling. It needs no battery or password and never crashes. I bought my 2015 version a few weeks ago and it is filling up fast.

There’s one event you should consider attending. It’s Anuga FoodTec, which will be held in March in Germany. (More on this later.)

First, though, I would like to share two flavor trend articles written by my colleague Monica Watrous at Food Business News. Both slide shows include a number of innovative dairy foods.


The yummy treat featured here is the most recent offering from Perry’s Ice Cream. Maple Cheesecake is cheesecake-flavored ice cream raked with graham cracker swirls and a maple syrup twist.

Now, more on the Anuga FoodTec fair taking place March 24 to 27, 2015, in Cologne, Germany.
This event is held every three years, and is often the only expo where many global industry suppliers exhibit. Because the shows are three years apart, the innovations are plentiful and ones I have historically been impressed by, in particular in fluid dairy packaging.

Anuga FoodTec is the only trade fair in the world that covers all aspects of food production. Whether machines or systems, packaging material and analytics, ingredients or services, the industry presents their innovations and technological visions at Anuga FoodTec.

The fair’s new slogan, One For All -- All In One, highlights the fact that alongside technology, devices and applications, the necessary materials, e.g., packaging, ingredients and all other important building blocks of the production and packaging process, will be on display. In addition, “Food Ingredients” is being introduced as a new segment in 2015, and a stronger emphasis will be placed on Packaging.

The numbers speak for themselves:
Anuga FoodTec is organized by Koelnmesse and the DLG (Deutsche Landwirtschafts-Gesellschaft – German Agricultural Society).

Hope to see you in Cologne. It's on my calendar!