Appreciating Dairy Packaging; the Potential of the Pouch

During my 20-plus years in the dairy industry, I have come to appreciate many packaging innovations. Two have already made their mark and a third is ready to become even bigger than it currently is. I am honored to have been involved in all of their rollouts.

In my early product development days at Kraft, I was the food scientist assigned to a packaging-driven project. (At the time, every Kraft project always had a representative from the three P’s: package, product and process.)

It was 1991 and Kraft’s shredded cheese was still in non-recloseable packaging.
Rather than be a follower and switching to vertical-zipper packaging, which Sargento was first to market with in 1986, Kraft was installing revolutionary horizontal-zipper machinery. Less zipper meant lower material costs and a reduced opportunity for leakers. It also was an easier package for the consumer to pour out shreds.

Most consumers, and even most in the food industry, have no idea the impact that the horizontal-zipper package has made on the industry. The next time you are at the supermarket, just look at all the product—from food to personal hygiene to household goods—in this package.

Anyway…that was a fun six months or so in Marathon and Palmyra with Ron D., Steve J. and Dominic D. (Hope you are reading this and all is well!)

Soon after leaving Kraft in 1993 and starting my career in dairy trade writing, my fellow editors and I were being teased---and sworn to secrecy—by our friends (Dave H., I believe you were one of them, as was the belated Jim Page) at the then Franklin Park, Ill.-located Dean Foods with the concept of the Milk Chug.

To read an early news wire release (circa 1997) on the introduction of the Milk Chug, link HERE. It is an interesting read so many years later.

Anyway…I doubt anyone would disagree that this package, and its many spin-off plastic bottles, along with shrink-sleeve labeling, did change the way consumers drink milk. After all, cup holders are round, not square!

Two honorable mentions in the fluid milk industry include recloseable spout technology for gabletop cartons and the blow-molded plastic gallon. Yes, the latter sounds so basic, but I am old enough to remember the highly dysfunctional paperboard gallon gabletop with the plastic handle that too often became detached, resulting in messy milk spills…at least in my house growing up.


So now let’s discuss the third packaging innovation that I believe has tremendous potential to improve the portability of many dairy foods. It’s the pouch. 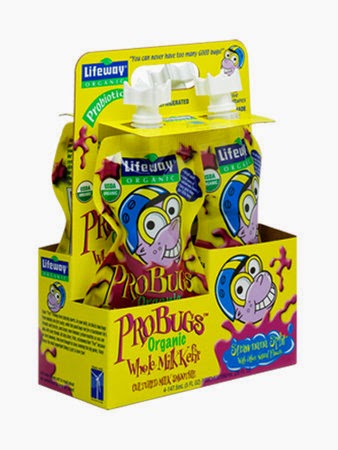 Here’s some history on the pouch in the U.S. refrigerated dairy case, and for that matter, in the U.S. The first pouched food in the States came from Lifeway Foods and CEO Julie Smolyanksy will tell you it was the result of a conversation we had at Pack Expo in the fall of 2002, soon after she took the helms of the company after her father, Michael Smolyansky, the company’s founder, passed away.

(By the way, earlier this month, Julie was named on Fortune magazine’s “40 Under 40,” an annual list of the most innovative and influential business leaders under 40 years old, and as one of the “55 Most Influential Women on Twitter” lists. Julie became Lifeway’s CEO at the age of 27, making her the youngest female CEO of a publicly held firm.

We recently were chatting about the pouch, an idea that came to her when running the London marathon in April 2002 where she consumed a sports energy pouched product called Lucozade on the race course. “I was thinking that in the U.S., adults would never drink out of a pouch but that it would be great for kids,” she said.

After our conversation at Pack Expo in November 2002, where I pointed her in the direction of the pouch machinery company, and a couple of years of R&D and market development plans, ProBugs Kefir entered the marketplace. Today, ProBugs Kefir is a highly successfully refrigerated dairy product with live and active cultures, unlike the copycat baby food yogurts in the ambient aisle. ProBugs Kefir remains the only pouch product in the States to have a no-spill spout with a valve. “It’s more expensive than other pouches, but a feature any parent of a 4-month to 8-year old can appreciate,” Julie said.

Since ProBug’s debut, other have entered the U.S. refrigerated market, including Ehrmann Commonwealth, Kemps, Stonyfield and private label. Most recently, Chobani announced that it will target toddlers with a new pouch product called Chobani Tots that is slated to rollout in January.

I personally think the opportunities with the pouch extend beyond little ones. In The Netherlands, Arla Foods markets a pouch yogurt product under the Melkunie Breaker brand. There’s an original and a recently introduced high-protein version. The latter, which is yogurt enhanced with milk protein concentrate, is marketed as an on the-go product that supports muscle growth, maintenance of normal bones and muscle recovery after exercise and sports. The 200-gram pouches come in Mango Passionfruit and Vanilla varieties. Each pouch contains 168 calories, 1.8 grams of fat and 12 grams of protein. 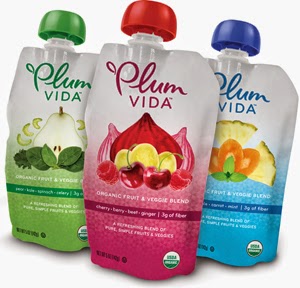 The original Breaker line debuted in 2001 when the company was “breaking” the dairy category norm by putting yogurt in a pouch. This truly may have been the world’s first pouched yogurt. The original line comes in varieties such as low-fat Banana, Cherries with Sunflower Seeds, Peaches with Sunflower Seeds, Raspberry and Strawberry. A 200-gram Breaker original contains 200 to 230 calories, 4 to 8 grams of fat and 6 to 7 grams of protein. There’s also a 0% fat Breaker in Strawberry. 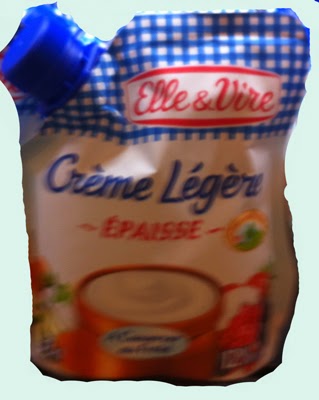 While in SIAL in Paris this past week, I came across a number of refrigerated pouched dairy products, including fortified flavored milks, creams, sauces and processed cheeses. Stay tuned for more on the latter.

I believe the pouch is poised to change the way kids and adults eat and cook with dairy foods. From yogurt to milk to cheese to condiments, the possibilities for the pouch are endless.