Sweeteners in Flavored Milk: The Comment Period Has Ended. Now What? 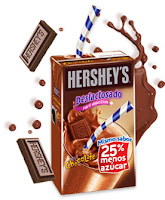 At 11:59pm ET on May 21, 2013, the comment period ended on one of the most controversial food-related FDA petitions of the 21st century. The regulatory agency had received 40,649 comments on the citizen’s petition (FDA-2009-P-0147) that was filed nearly four years ago by the International Dairy Foods Association (IDFA) and the National Milk Producers Federation to change the standard of identity for fluid milk to include approved zero-calorie sweeteners as an option in sweetened products.

You can view the petition and comments HERE.


The petition, submitted in 2009, was in direct response to the push from federal agencies and consumer groups for lower-calorie foods and beverages to combat increases in childhood obesity. The dairy industry responded by asking for a change in the standard of identity that would provide more options for formulating lower-calorie, less-sugar flavored milk.

You can view this outreach HERE.


Here’s one example of the misconstrued message. From April 29 to May 21 (the last day to comment on the petition), the consumer watchdog organization SumOfUs.org placed ads on 15 buses in the DC metro system urging FDA to reject unlabeled aspartame in milk. The buses stopped directly in front of FDA, at a special stop provided by DC metro for FDA employees. And, according to the organization, more than 116,000 consumers had signed its petition urging FDA to reject the petition.

But here’s the deal, the petition is not about aspartame! It’s not even about ingredient disclosure. It is about nutrient content claims.

Nevertheless, this group was loud. Check out the ads HERE.

Keep milk milk
Not all comments are unfounded. The Academy of Nutrition and Dietetics, formerly the American Dietetic Association, wrote a comment letter to FDA on May 21. (Talk about waiting until the last minute!) The Academy recommends FDA deny the petition for a variety of reasons, many of which are supported with literature citations. The Academy basically wants FDA to “keep milk milk.”

Read the Academy’s comments to Comments to the FDA.

On Thursday morning, May 23, a mere 33 ½ hours after the comment period ended, the person in charge of reviewing those 40,649 comments addressed attendees at IDFA’s Milk & Cultured Dairy Conference in Indianapolis. “FDA will be evaluating the comments received related to the needed and appropriateness of the amendments the petition requested,” said Daniel Reese, food labeling and standards staff-Office of Nutrition, Labeling and Dietary Supplements at FDA.

In other words, the next steps are to filter out the comments based solely on emotion and unrelated noise, and review the comments that identify the pros and cons to the petition. “The petition really wants to level the playing field so that flavored milk can better compete with other lower-calorie beverages,” according to Peggy Armstrong, vice president of communications, IDFA.

She explains that the current standard requires processors to use nutrient content claims, such as “reduced-calorie,” on the front labels of flavored milk made with non-nutritive sweeteners. There are requirements to be able to call a product…any product…reduced calorie, and when it comes to flavored milk, meeting those requirements can be challenging. If those requirements are not met (see graphics), then the product would be a non-standardized beverage and could not be called milk. Dairy drink would be an option. 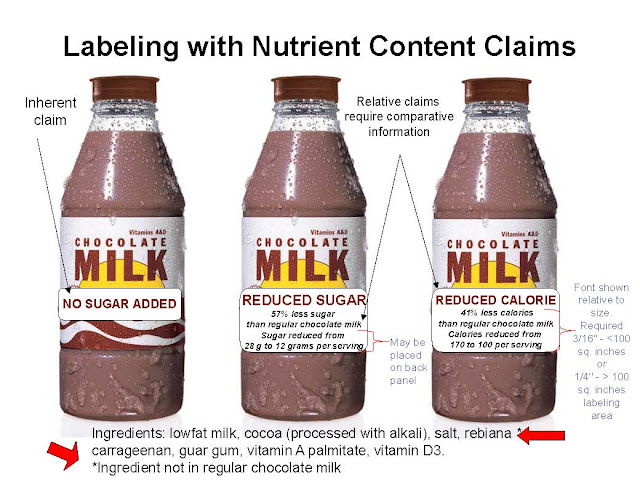 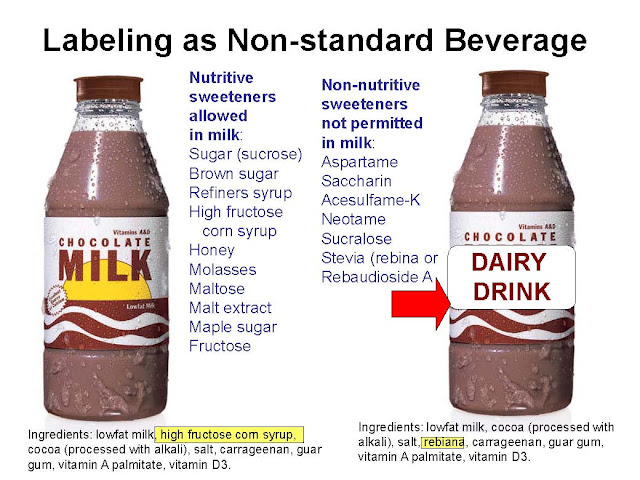 By allowing milk processors to use any “safe and suitable” sweetener in flavored milk and still label it “milk,” processors will be able to reduce calories and added sugars without having to go as low as is currently required for use of the nutrient content claim of “reduced calorie.”

Confusing? It can be, which is why there has been so much discussion on the petition. For more background on sweetening flavored milk, please refer to an article I recently wrote for Food Business News. It can be viewed HERE.

The fact is, allowing milk processors to use any safe and suitable sweetener in flavored milk and still label it milk would help to stem the drop in consumption, while promoting healthy eating habits that will last a lifetime. And unfortunately, one very important issue is being overlooked through all this controversy, and that is how to get kids to drink their milk. Research shows that children prefer flavored milk over plain white milk. Flavored milk requires sweetening. There are many caloric sweetening options, and a growing number of no- and low-calorie options, some of which are considered natural, such as those based on stevia plant leaf extracts. Acceptance of the proposed rule will make it easier for milk processors to blend nutritive and non-nutritive sweeteners to create flavored milks with less sugar and fewer calories.

Check these products out
In Mexico, Hershey’s recently reformulated its ultra-pasteurized aseptic line of flavored milks to contain 25% less sugar than the original product. This low-fat milk line comes in four varieties: Chocolate, Cookies ‘N’ Cream, Strawberry and something not very common, Lactose-Free Chocolate. All varieties are enriched with “Vita 6,” a proprietary blend of six minerals and vitamins, including calcium, zinc and vitamins A, B1, B2 and E. Each 236-milliliter box contains 128 to 151 calories, depending on variety. Calories are kept low through an innovative mixture of caloric and non-caloric sweeteners, one of which is stevia.

LaLa also has a reduced-sugar, low-fat flavored aseptic milk line in Mexico that relies on stevia to keep calories low. Available in Chocolate, Strawberry and Vanilla flavors, the milk comes in 250-milliliter single-serve boxes sold in packs of three, as well as a one-liter multi-serve recloseable box. The milks are enhanced with vitamins A, D, B5, B12 and folic acid.

There are definitely pros and cons to the petition, and I would say at this point it has a 50-50 chance of being accepted. Even with that uncertainty, milk processors should be exploring ingredient technologies to lower the sugar content of their flavored milk.