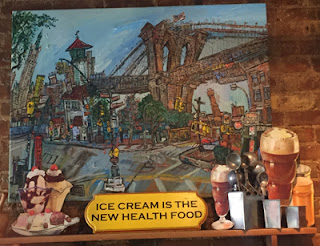 It’s Summer Fancy Food time in New York City. The expo kicks off Sunday, June 23, and runs until Tuesday, June 25, in The Javits Center. As has become tradition, I like to arrive a few days early to explore the culinary scene in the Big Apple. Here I share with you some observations from a day in Brooklyn.

Accompanying me was a grad student from the University of Wisconsin-Madison, who I am mentoring on ice cream trends. We walked 10 miles, more than 22,000 steps on Thursday and are ready for another day of exploration.

It’s been nice to have a set of fresh eyes during this foodie adventure. We agreed how refreshing it is for ice cream shops to be a destination for so many in New York. These are independents. Many have a number of shops scattered across the city. They are consistently busy. 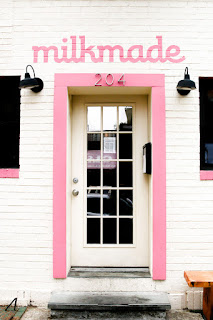 Instead of meeting out for a coffee or a glass of wine, friends go for a scoop of ice cream. Taking the dog for an evening walk? Why not stop for a scoop of the flavor of the month?

In so many cities across the country, with my hometown Chicago no exception, ice cream shops are chains. The product has been commoditized. The originality and selection of local ingredients is gone. Not in the New York metro area! (Another future blog will provide flavor inspiration. Here’s just a peak of what we tried.)

Good ice cream is a real thing for New Yorkers.

After way too long of being dissatisfied with the pint she was buying from her local bodega--pints had shrunk, the ice cream was no longer natural and flavors were not exciting anymore--Diana Hardeman took matters into her own hands. In the summer of 2009, she bought a small home ice cream machine, got in touch with local farms and started crafting what she calls her “dream ‘screams.” These were flavors she only dreamed about until now. MilkMade officially launched a few months later

Hardeman is a pioneer of the New York food movement and helped make New York City an ice cream connoisseur’s destination. While New York State produces less than half the milk that comes out of California and Wisconsin—the number-one and two milk producing-states—by far, it leads in premium ice cream innovation.

Don’t get me wrong. I love Wisconsin fried cheese curds. But there’s something about freshly churned ice cream made with local ingredients. It’s health food in New York City. It destresses, satisfies and delivers a decent dose of calcium and protein. 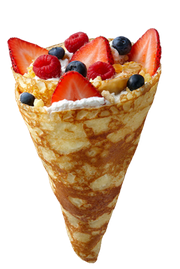 The MilkMade Brooklyn Tasting Room opened in the summer of 2015. The tasting room is exactly that--a place for ice cream lovers to taste, meet the chefs and learn more about the company’s small-batch production process.

Each month, the Milkmaids handcraft and hand-pack each pint, then head out on foot, bike, subway, skateboard, etc., to hand-deliver the freshly churned product right to door. Product may also be shipped outside of New York City. 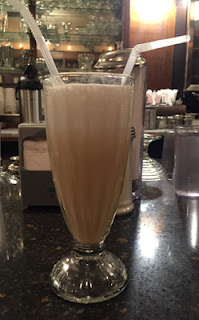 The MilkMade Tasting Room offers a lineup of six “Seasonal ‘Screams” that rotate monthly. Hardeman and her culinary team strive for constant innovation and take inspiration from everything around—what’s fresh at the greenmarket, events around the city, topical news, even their favorite music.

This is what ice cream is all about.

Even milk and yogurt have a fresh face in New York. There are numerous milk and cereal bars, where ice cream and yogurt are also available for getting topped by your favorite morning bowl food.

Fresh yogurt is the star at Eight Turn Crepe, where both sweet and savory concoctions are served in a hand-made rice crêpe. For breakfast, lunch, dinner or a snack, this Japanese-style hand-held meal doubles as a work of art. 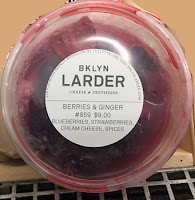 Yogurt gets whipped with custard and combined with fruits, nuts and all types of goodies. Ice cream is also an option.

Then there’s The Brooklyn Farmacy and Soda Fountain where one can enjoy a traditional Brooklyn Egg Cream, which is made with cold whole milk, sweetened syrup and seltzer. There’s also hand-scooped milkshakes, sundaes and hand-crafted ice cream sandwiches.

The numerous specialty food stores located throughout New York City prepare many fresh offerings featuring dairy. While most are likely not culturing cream cheese or yogurt in the back room, they are sourcing premium clean-label products from dairy processors. 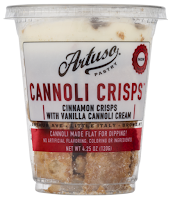 Check out this dessert from BKLTN Larder. The Berries & Ginger variety features fresh blueberries and strawberries atop cream cheese blended with spices. It can be consumed with a spoon right from the container or spread on toast or crackers.


Local baker Artuso Pastry is rolling out Cannoli Crisps. This dome-topped container has cinnamon crisps in the bottom that are intended for dipping into the dome of vanilla-flavored ricotta impastata cheese with chocolate chips. 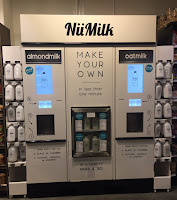 The last observation to share today is a concept slowing rolling out to Whole Food Markets in select regions. We were lucky enough to find one. It’s the NüMilk machine, which allows shoppers to make their own non-dairy milk. Just grab a bottle. Hit a button. And you can get a freshly prepared quart of either almondmilk or oatmilk, original or sweetened.

If water, soft drinks and “nut milks” can be sold through a dispensing machine, why not milk?