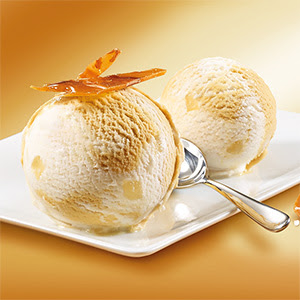 Brown flavors continue to evolve in the ice cream category, with caramel’s new best friends being the apple, the banana, the pear and the pineapple. Think of classic desserts involving butter and brown sugar. Now think of the fruits in those desserts and why they partner so well with caramel…caramel with spice, with heat, with a twist.

Looking for ice cream flavor ideas? Plan to attend the International Dairy Foods Association’s annual Ice Cream Technology conference April 12 to 13 in Florida. I will help kick off the meeting with a presentation on global ice cream insight and innovation ideas. For more information, link HERE.

To read more about formulating dairy foods with fruits, nuts and seeds, link HERE to a recent article I wrote for Food Business News on the topic. 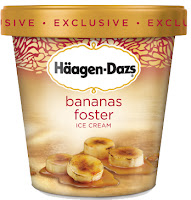 Let’s start with banana, which is technically a brown flavor. Though yellow at the beginning, when they are fully to over-ripened, they go brown, and that is the banana flavor most consumers recognize in recipes.

Think Banana Cream Pie. Think Banana Pudding. Think Bananas Foster, which is a “flaming” dessert made with bananas and vanilla ice cream topped with a caramel-style sauce made from butter, brown sugar, cinnamon, dark rum and banana liqueur. The alcohol gets added right before serving and is ignited. Imagine an ice cream with real banana puree and crunchy brown sugared shell inclusions that explode with caramel sauce. 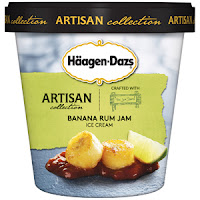 Häagen-Dazs offered a Bananas Foster product exclusive to 7-Eleven stores. According to the company, the ice cream captures all of the flavors of classic bananas foster dessert in one distinctly delicious ice cream. It contains hints of cinnamon and nutmeg with lingering notes of caramel and brown sugar that enhance the banana-flavored ice cream.

This past year, 7-Eleven rolled out a private-label line of ice cream pints under the 7-Select GO!Yum brand. The line includes Banana Cream Pie, which is described as being made with real bananas, pie crust pieces and fresh milk and cream.

Häagen-Dazs is right on track with reaching out to the Millennials with its Artisan Collection ice cream line. The brand teamed up with small confection makers from around the country to craft six gourmet flavors, including Banana Rum Jam. Inspired by Drunken Monkey jam from The Jam Stand in Brooklyn, this uniquely flavored recipe combines banana, caramelized rum and lime into smooth vanilla bean ice cream. 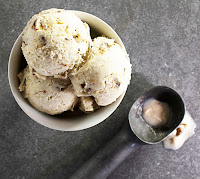 Arctic Zero offers Banana Pudding in its Chunky Pints line. This banana pudding-flavored ice cream is loaded with vanilla wafer crumble, without all the fat and calories. Each pint contains 12 grams of both protein and fiber with only 300 calories per pint.

For the past year, two-time James Beard Award-winning chef and author Nancy Silverton has been offering premium artisanal gelati and sorbetti. Created from recipes inspired by the well-loved desserts served at her acclaimed restaurants, Nancy’s Fancy is the chef’s first-ever product line in her distinguished career. 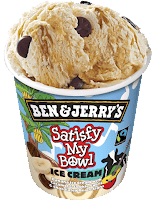 Being the baking goddess that she is, Nancy knows the secret to transforming the humble banana into something magnificent. That would be Roasted Banana with Bourbon & Pecan Praline Gelato. By roasting the bananas for this gelato, Nancy gently coaxes out all of the caramel goodness from this wholesome fruit. And as a grown up, Nancy also knows that the secret to almost everything else is bourbon. What better pairing could there be for this banana-y, bourbon-y deliciousness than southern-style pecan pralines? The flavor of this gelato knocks the socks off of adults, but is subtle enough to also be a favorite of the under-21 crowd and teetotalers alike, according to the company. 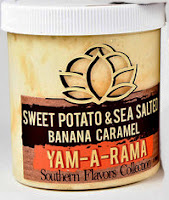 Ben & Jerry’s is being petitioned in the U.S. to bring Satisfy My Bowl (banana ice cream, caramel, cookie swirls and chocolate peace signs), to bring it to America. It debuted in 2014 in the U.K., the Netherlands, Ireland, Denmark, Finland, Sweden and Norway, to celebrate the 30th Anniversary of Bob Marley’s Legend album. Since, it’s rolled out to other countries, but not the U.S. Hopefully the time is now right. The banana ice cream is 9% caramel, 6% cookie swirls and 4% chocolatey peace signs.


In Brooklyn, N.Y., Lotus Scoop loves working bananas into its artisan ice creams. Yam-A-Rama is said to taste like a frozen sweet potato pie. It is one of the company’s most popular ice cream flavors. It is a buttery mash of baked sweet potatoes and cinnamon, frozen into Hudson Valley Fresh’s all-natural ice cream base. Generous amounts of homemade banana caramel are swirled in, which has a hint of Himalayan pink salt. 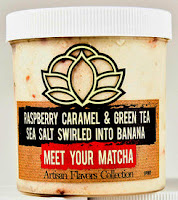 The company also developed Meet Your Matcha. To create this ice cream variety the company smooshed, whipped and then folded fresh organic bananas into its custom ice cream base. (It does not need to be that difficult. Try banana puree.) When the mix gets thick and frozen, matcha green tea-infused sea salt is swirled in along with raspberry marmalade.

After banana, there’s the pineapple. How do you turn this Food Network recipe— Grilled Pineapple with Vanilla Ice Cream--from Ellie Krieger into an all-inclusive dessert, char marks and all? 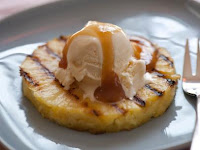 There are so many potential twists to this recipe, flavor spins that will get Millennials’ interested. Think caramel variegate infused with chipotle or grilled pineapple pieces seasoned with cardamom.

After all, grilled pineapple has become a mainstay for mixologists shaking up top-shelf cocktails for spirits-centric Millennials.
How about mixing caramelized pineapple pieces, vanilla cake cubes and buttered caramel variegate into vanilla ice cream for a scoop of Pineapple Upside Down Cake? 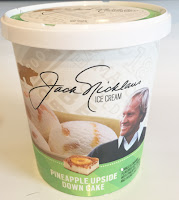 What about pears? I know many of us don’t think of pears and ice cream. But they are a great combo with huge potential. Think roasted brown sugar-coated pear pieces in bourbon vanilla ice cream. 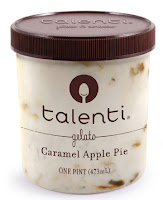 Ice cream season is summertime. In the U.S., that means baseball, hot dogs and apple pie. And apple pie and its many variants all go so much better with a touch of caramel.  Talenti knows that! Talenti Caramel Apple Pie is made with real cinnamon sticks, pieces of Red Delicious apples, sweet flaky pie crust and a caramel swirl for a unique yet familiar flavor experience.

Happy spring! Have a lovely Easter weekend! Hope to see you at the Ice Cream Technology conference to talk about caramel’s new best friends.