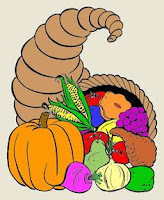 Early this month, FDA issued a request for public comment on use of the term “natural” in the labeling of all human food products. This was in direct response to consumer petitions.

According to FDA, the agency has a longstanding policy concerning the use of the term natural in human food labeling. The FDA has considered the term to mean that nothing artificial or synthetic (including all color additives, regardless of source) has been included in, or has been added to, a food that would not normally be expected to be in that food. However, this policy was not intended to address food production methods, such as the use of pesticides, nor did it explicitly address food processing or manufacturing methods, such as thermal technologies, pasteurization or irradiation. The agency also did not consider whether the term should describe any nutritional or other health benefit.

Indeed, there’s a lot of confusion among consumers.

The Organic & Natural Health Association recently released the results of a consumer research study conducted as a first step in its initiative to set the standard for the term natural. The online research study of 1,005 U.S. consumers was conducted by Natural Marketing Institute and found that one in three consumers do not make a quality distinction between the terms natural and organic and/or government regulation for products with such labels.

Other findings from the study confirmed more confusion in the marketplace with the term natural. Common misconceptions include the belief that most vitamins come from natural sources and that natural means no pesticides are used. And while three-fourths of consumers perceive that organic foods must be at least 95% free from synthetic additives, almost two-thirds of consumers expect the same standard from natural foods. Further, approximately half of the consumers surveyed believe that natural means the product is free of synthetic pesticides and are non-GMO, attributes that are unique characteristics of organic products.

With 46% of consumers surveyed believing that the U.S. government regulates the term natural, the study concluded that the organic industry should improve education for consumers regarding the differing attributes of organic and natural in order to elevate the status of organic. Furthermore, manufacturers producing natural products need to continue to clarify the meaning of natural so the term does not become diluted and lose significance among consumers.

In the research study, consumers indicated that they were more likely to use natural than organic foods; in fact, 60% reported using organic less than once a week or not at all with more than a third using natural once a day or more.

The association’s next step is to develop a voluntary regulatory compliance and certification program for the term natural to be released during the first half of 2016, in conjunction with a consumer education campaign supporting transparency of product purchases.

To view results from the complete study, “Consumer Insights on Organic and Natural,” link HERE.

In general, artificial colorings are manufactured from petroleum-based raw materials. Colors exempt from certification are obtained from a variety of sources, including plants, minerals, insects and fermentation, resources considered by many to be natural.