Coloring Dairy Foods: The Only Way is the Natural Way 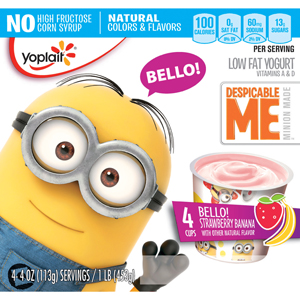 It’s less than 8 weeks until the International Dairy Show takes place in Chicago (September 15 to 18). Today’s blog sponsor—DDW “The Color House”—will be exhibiting at booth 8334. Natural colors will be a focal point at the show. They were two weeks ago at the annual meeting of the Institute of Food Technologists, which was also in Chicago. DDW showcased its extensive range of exempt-from-certification colors in all types of dairy foods, including cheese, flavored milk, ice cream and yogurt. Link HERE for more information on their innovations.

Minions…not since Barney the Purple Dinosaur have I found another kids’ character so annoying. Fictionally evolving from single-celled yellow organisms at the dawn of time, Minions are said to live to serve the biggest and “baddest” villain. Frankly, I believe they are designed to drive adult humans crazy as they are EVERYWHERE these days.


Link HERE to view the movie trailer. It will make you giggle and there’s actually a food (banana) connection, so your boss should not mind!

There’s something to admire about the Minions. That is their determination, regardless of how questionable their pursuit might be. This same type of determination is invading the food formulating space in the form of no-no lists. It, too, is questionable, but unfortunately, unavoidable.

No-no lists are inventories of unacceptable food ingredients. These lists are not only here to stay, they are getting more personal.

It started with Whole Foods Market. Since the beginning of the year, foodservice and food manufacturers have joined in.

What’s interesting about these two lists is their differences. For example, Whole Foods’ list does not specify titanium dioxide, which is used as a whitening agent. Panera’s list does. Panera’s list also includes caramel color (classes II, III and IV). Whole Foods’ list does not. Panera also specifies that these items are currently being used by the bakery-café chain, but they will be removed by the end of 2016. (I expect their menu will change significantly.)

Why caramel?
The caramel color controversy is actually quite amusing while at the same time annoying, much like Minions. You can read about it in an article I wrote for Food Business News by linking HERE.


Interestingly, caramel color is the single most used food coloring in the world. Because it is exempt from certification, by default, many consider it a natural color.

Internationally the FAO/WHO Joint Expert Committee on Food Additives divided caramel color into four classes depending on the food-grade reactants used during manufacturing. All four classes are a dark brown material produced during a carefully controlled heat treatment of sugar.

“The four different classes exist based on their means of manufacture and their individual physical properties, rendering them suitable for different applications,” says Jennifer Guild, global food science and regulatory manager at DDW. “They have isoelectric points and pHs that vary over a wide range. When coloring a product with caramel, the particles of the caramel color must have the same charge as the colloidal particles of the product to be colored. If a caramel color is put into a colloidal solution with opposite-charged particles, the particles will attract one another, form larger, insoluble particles and settle out. For example, a soft drink contains negatively charged colloidal particles, and therefore, a negative caramel color should always be used.” 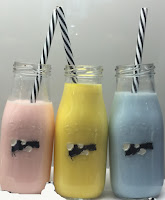 All four classes are simply declared as “caramel color” on ingredient statements. “Since all four classes are considered safe by FDA, the general consensus is that there is no reason to differentiate between the different classes on U.S. food labels,” says Ms. Guild.

Panera wants to know! This is most likely due to California listing 4-methylimidazole (4-Mel), a compound formed during the manufacture of Class III and Class IV caramel coloring, on Proposition 65, a consumer safeguard against potentially carcinogenic substances. Interestingly, 4-Mel is also a compound formed when coffee beans are roasted and when meats are grilled. (Will Panera stop selling coffee?)

FDA does not believe that any caramel color poses any potential danger as a food ingredient. Read more HERE. 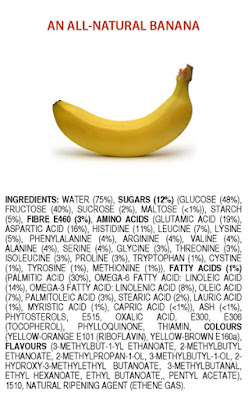 However, in response to the Prop 65 listing, new Class III and Class IV caramel colors have been developed with low 4-MeI levels. Still, Panera says no.

They also say no to Class II caramels. Not because they contain 4-Mel, rather because this class of caramel is known as “Caustic Sulfite Process Caramel Color.” The term “caustic” is the concern.

Have the folks at Panera checked out the composition of a banana? It might actually be part Minion!

Confusing? Crazy? This is just the beginning of the chaos. It’s as if the developers of these no-no lists are seeking out what they believe is the biggest and “baddest” ingredient, and adding it to their list to be one up on the others.

With back to school in the air, it’s likely this chaos will carry over to the cafeteria. Although the U.S. public school system does not have a no-no list, per se, it does have guidelines and restrictions as to the composition of foods and beverages that can be served or sold to students. I am sure others around the world have similar procedures in place. 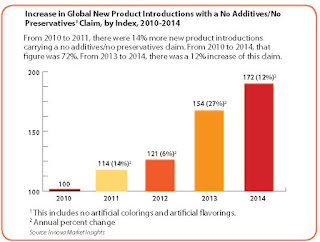 This is bound to change on a local level, even on a classroom by classroom basis. Room parents and school board members can be like Minions…they are on a mission and are relentless. (Think First Mother Michelle Obama.)

Whereas Minions want to serve villains, these determined adults want to be heroes, to make a difference, to make a change, often without sound science.

It happened with my son’s 300-mile away sports camp this week. (Yes, I miss him very much! Cannot wait until his return on Sunday.) Campers were highly encouraged to not bring beverages containing artificial colors, flavors or sweeteners. (So long Gatorade!) Low-fat chocolate milk for workout recoveries was promoted. (Hooray!)  With other milk flavors, campers were cautioned to read labels. (Avoid Red 40!)

As my friend Lu Ann Williams, director of innovation at Innova Market Insights recently told me, “There are a number of food categories considered ‘sacred.’ In other words, they should not be messed with and should be clean label,” she said. “This includes dairy, produce and meat and poultry. Consumers want these products as close to ‘farm fresh’ as possible.” 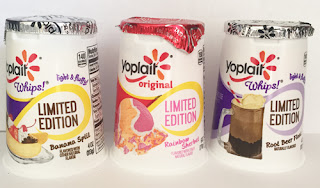 
I bought all three flavors yesterday and plan to enjoy this weekend in the sunshine…that is, after I take my younger son to see the Minions…his request while his big brother is away at camp.