Gluten-Free Dairy Foods: Claim It If You Can!

Inherently free of gluten, cows milk and most products made from cows milk, are gluten free. The only way any dairy food contains gluten is if it is added via an ingredient.

The August 5, 2013, final ruling by FDA defining the claim “gluten free” makes it simple for dairy foods marketers to label their products with this very powerful descriptor, providing the product complies with the definition.  Read the final ruling HERE.

FDA’s ruling on this definition is significant, because unlike other foods and food ingredients that require disclosure by the Food Allergen Labeling and Consumer Protection Act (FALCPA), gluten is not an allergen. Rather, it is a protein that many have a real or perceived intolerance to. For some—those with celiac disease—this intolerance is life threatening. This most likely was a contributing factor to FALCPA mandating FDA to define the claim of gluten free.

Use of a gluten-free claim is voluntary, unlike mandatory disclosure of major allergens, one of which is wheat, the primary source of gluten. But interestingly, FDA has never defined “lactose free,” possibly because intolerance—real or perceived--to this inherent sugar in cows milk is not life threatening.

Many thanks to Cary Frye, vice president of regulatory & scientific affairs at the International Dairy Foods Association (IDFA), for sharing with me the following thoughts on this subject:

‘Lactose free’ is not a defined nutrient content claim and is not included in the definition for ‘sugar free’ claims. It is considered a claim to facilitate avoidance and must be truthful and not misleading. Since there is no defined level in order to qualify for lactose free, anyone making the claim must make a truthful statement. Therefore, it needs to have some sort of substantiation to support the truthfulness of the claim. One way to do this would be analytical test results that show no detectable levels of lactose in the finished product.

Milk, yogurt, cheese and ice cream processors should consider using the new gluten-free labeling claim, as many dairy products are gluten free. Consumers are also seeking information about some cheeses being gluten free, as traditionally blue cheese cultures were grown on wheat substrates that could sometime contain traces of gluten. Gluten-free labeling is a great opportunity to showcase a benefit of dairy goodness and notion.

FDA’s final rule on gluten-free claims is somewhat different than what was first proposed in January 2007.
IDFA explains that one difference between the final rule and the proposed rule is that foods inherently gluten free can make a gluten-free claim just like other foods that are specially processed to remove gluten. In the proposed rule, foods that are naturally gluten free, such as milk, would have been required to show an alternate claim, such as “a gluten-free food,” to emphasize that all products of the type were naturally free of gluten.

This change came after comments to the proposed rule indicated that even products that are naturally gluten free could be available in various formulations, such as different flavors, some of which may contain gluten. Thus, a single gluten-free claim is easier for consumers to understand, allowing less chance for confusion about which foods are naturally gluten free.

Products that qualify for the gluten-free claim yet contain a wheat ingredient, a major source of gluten in foods, need to make an additional statement: “The wheat has been processed to allow this food to meet FDA requirements for gluten-free foods.”

The requirements for a gluten-free claim also apply to the claims “no gluten,” “free of gluten” and “without gluten.” The final rule preempts all state or local regulations regarding these specific gluten claims, but it does not necessarily preempt any additional gluten statements. FDA declined to define levels for “low gluten” or “very low gluten” claims or to set a single symbol to designate gluten-free foods.

The compliance date for the final rule is August 5, 2014. All companies with gluten-free claims on their product labels should ensure that the claims are in line with the requirements of the final rule by this date.

Why Label Gluten Free?
According to market research firm Packaged Facts, the market for gluten-free foods and beverages continues to grow even faster than ever anticipated. The category reached $4.2 billion in 2012, reflecting a compound annual growth rate of 28% from 2008 to 2012. And, a 2012 Packaged Facts consumer survey showed that 18% of adults were buying or consuming foods tagged as gluten-free, up from 15% in 2010. Research further shows that the share of gluten-free consumers who are buying more of these foods has skyrocketed, and the share of total shoppers who are buying more gluten-free foods has doubled.

Gluten-free foods are necessary for those who suffer from the autoimmune disease known as celiac disease. However, the conviction that gluten-free products are generally healthier appears to be the top motivation for consumers of these products, according to Packaged Facts.

Increasing diagnoses of celiac disease and food allergies; growing awareness of these ailments among patients, healthcare practitioners and the general public; the availability of more products, and better ones, across a range of product categories; and a trend that has friends and family members eating gluten free to support loved ones are among the factors stimulating continuing expansion in this market, according to Packaged Facts. While growth rates will moderate over the next five years in the wake of market expansion, Packaged Facts projects that U.S. sales of gluten-free foods and beverages will exceed $6.6 billion by 2017.

Market research firm The Hartman Group recently published a comprehensive article on the gluten-free market. It can be viewed HERE.

Gluten is a protein found in all forms of wheat as well as other select grains. Gluten has long been appreciated by bakers for its ability to retain leavening gases and provide structure in bakery products. The problem is that gluten can cause an immunologically toxic reaction in humans who have celiac disease. In such individuals, the body’s response to ingested gluten damages the mucosal surface of the small intestine. This, in turn, interferes with the absorption of nutrients, and in some cases, water and bile salts. If left untreated, damage to the small bowel can be chronic and life threatening, causing an increased risk of associated disorders—both nutritional and immune related.

Sources of Gluten
Often when food scientists think of avoiding gluten in a product formulation, they think wheat flour only. However, there are many hidden sources of gluten in the food ingredients business, and even the slightest amount in a food product wreaks havoc on a celiac. The only treatment for the disease is lifelong adherence to a gluten-free diet. When gluten is removed from the diet, the small intestine starts to heal and overall health improves.

BelGioioso now offers snacking cubes in three varieties: Asiago, Parmesan and Sharp Provolone. These pre-cubed pieces are perfect for snacking. Made from whole cows milk, the cheeses are inherently gluten free and state so on package labels. 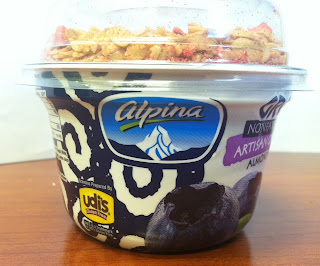 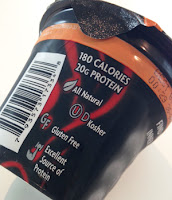 Powerful Yogurt, the first-ever Greek yogurt designed for men, was recently named Best Yogurt of 2013 by FoodBev’s Dairy Innovation Awards program. In addition to its high-protein content and that its serving size is 50% larger than the average U.S. yogurt presentation, Powerful Yogurt is free of fat, gluten and GMOs. 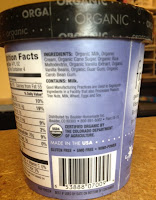 In the freezer, Superpremium Figo! Organic Gelato touts the fact that it is free of gluten. 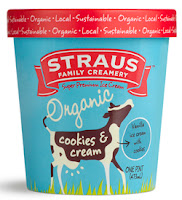