Gelato: Your Connection to Consumers 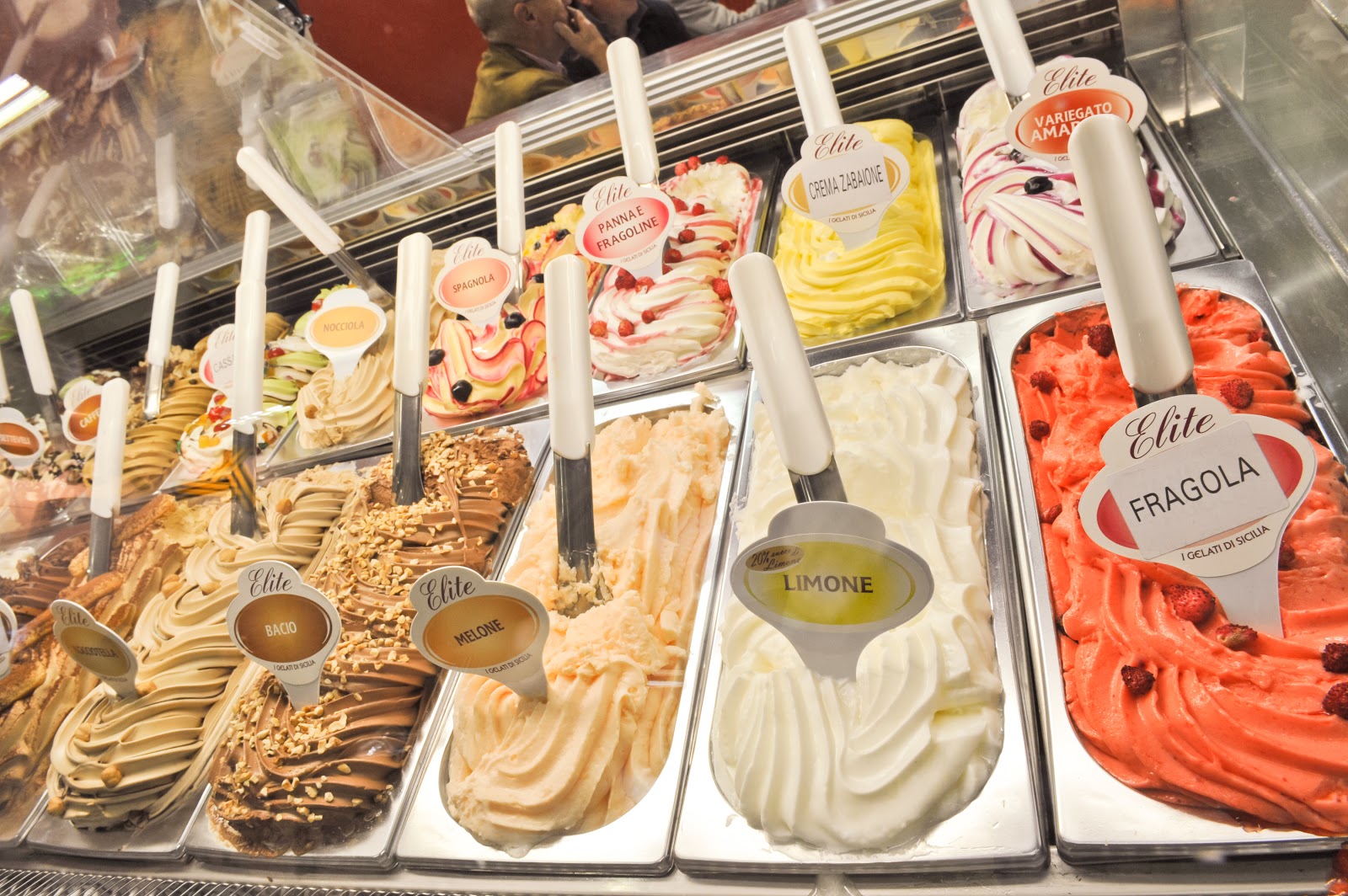 It looks like gelato will be one of summer 2013’s hottest frozen dessert trends.

Why? It possesses so many of the attributes that today’s consumers are seeking from foods and beverages.

With years of trend tracking, along with reviews of lots and lots of consumer research, I do believe the time is finally right for gelato in the United States. Before I explain why, I want to get a bit personal and say how wonderful it was to connect with so many frozen dessert industry players this week in St. Petersburg, Florida, at the International Dairy Foods Association (IDFA) Ice Cream Technology Conference. The program was packed with useful information to assist formulators and marketers with fine-tuning their current product offerings and to help with the development of the next big hit. (Great job, Cary and Paxton!)

Though the meeting had a record-breaking attendance, there was room for you to join this information exchange forum. (Please plan on it next year. You will not regret the investment.) The beauty of the meeting is that for two days we come together as one. We are a partnership with the sole purpose of manufacturing delicious frozen desserts that today’s and tomorrow’s consumers will enjoy.

As I pointed out in the opening presentation, today’s consumers are looking for permission to indulge. When it comes to frozen desserts, the “indulgent” attribute must be a given. In other words, frozen desserts MUST be yummy. They must be indulgent. Anything less, and they are a chore to consume. One should make no sacrifices when consuming a frozen dessert.

The “permission” comes from the many varied formulating and marketing approaches. Maybe it’s through a lower-fat or lower-sugar formulation or the inclusion of organic or fairly traded ingredients. Locally sourced, or even internationally sourced and identified and described ingredients are increasingly appealing to consumers who are looking for authentic foods. Boosting the protein or fiber content is also a trend, as is packing in a serving of fruit.

What's gelato?
And there’s the key word: gelato. Italian for ice cream, gelato is one of the hottest trends in the U.S. frozen dessert category—at both retail and in foodservice. This is because gelato appeals to today’s consumer looking for authentic, simple and clean label. Gelato tells a story. It’s a frozen dessert that consumers can connect to…a very important attribute in today’s marketplace.

Authentic gelato is hand-crafted in small batches and typically made fresh daily for on-the-go consumption. The base product is simple: milk, cream, sweetener, and sometimes pasteurized eggs. The gelato-maker then blends in fruit—and lots of it—or chocolate, nuts or other sweet treats. The beauty of the small batch is that the gelato maker can be creative with flavoring ingredients. This keeps the consumer interested and coming back for more.

There is no standard of identity for gelato in the United States, which provides a lot of room for creativity. Many of today’s consumers consider gelato a premium product—an indulgence. It’s a frozen dessert they will pay a little more for because of the story behind the product. And here’s a bonus: the churning process that is void of overrun results in a very rich, creamy, dense product that contains less fat than traditional ice cream.

Seeing helps one believe. The following videos do a decent job of showing the power of gelato. (The videos are appropriate for all. Comments made by random YouTube viewers might not be in the best taste. Please accept my apologies if any comments are offensive.)

A Review of the U.S. Marketplace 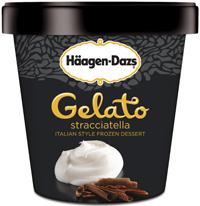 The launch of Haagen-Dazs Gelato will be supported by a full marketing mix including television, print and online advertising, as well as public relations, point of sale materials, a consumer promotion and a strong digital strategy. The company wants to communicate the story behind its gelato in order to connect with consumers.

According to Cady Behles, Haagen-Dazs brand manager, “Leisurely strolls through the piazza at dusk, an appreciation of centuries-old craftsmanship and a love of food that borders on obsession, these are the essential Italian moments we had in mind when creating Haagen-Dazs Gelato.”

Interestingly, the brand had originally debuted gelato in 1998. It was discontinued in late 2001/early 2002. At that time, the Haagen-Dazs brand was still owned by Pillsbury, prior to being acquired by General Mills. Around the same time, Dreyer’s, still not part of the Nestle conglomerate, debuted Portofino, an ice cream concept modeled after gelato. The 2013 version of Haagen-Dazs Gelato from the Nestle Dreyer’s Ice Cream Company, a part of Nestle USA, is a melding of all the flavor concepts from a dozen years ago.

Consumers may not have been ready for the gelato connection back then, but the time definitely seems right these days. An important element is how the ingredients tell a story: vanilla from Madagascar, coffee from Brazil, sea salt from San Francisco, cherries from Oregon and the lemons come all the way from South Africa. These ingredients and more are used in the seven Italian-inspired flavors. 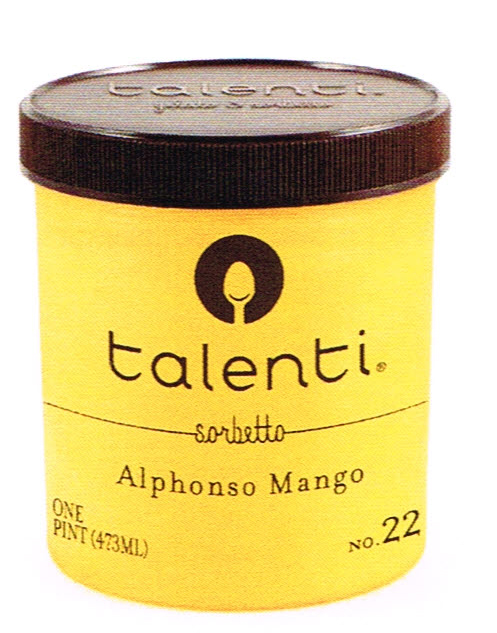 The success of Minneapolis-based Talenti Gelato & Sorbetto is also testament to the fact that consumers appreciate the concept of gelato. The company uses its package and website to communicate that it uses only the finest natural and raw ingredients, carefully sourced locally and from around the world. All Talenti flavors are 100% natural and crafted with the same uncompromising commitment to artisanal quality that has distinguished authentic Italian gelato for centuries, according to the company. 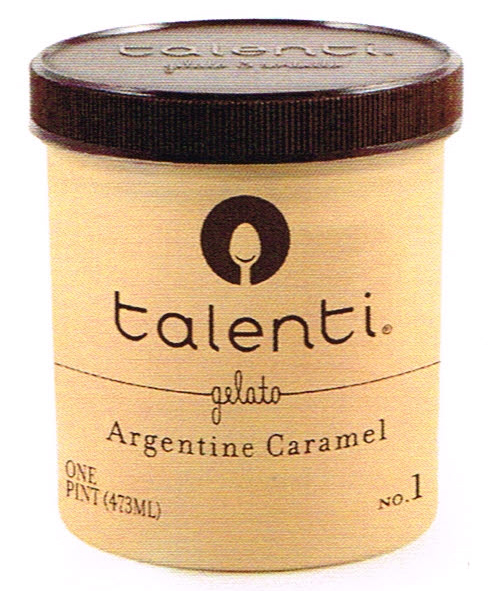 At the 2013 Natural Products Expo West Conference in early March, Talenti announced a re-branding effort that modernizes the look and feel of the product, as well as the introduction of four new flavors. The new packaging and flavors will begin to roll-out to retailers nationwide in April 2013.
Talenti’s new logo and typeface support the brand’s simplicity and playfulness, while also capturing the inevitable smile that comes with each spoonful of Talenti. The “smiling spoon” logo and updated tagline, “Happier spoons,” will further remind consumers of Talenti’s exceptional quality and all-natural, carefully sourced ingredients. 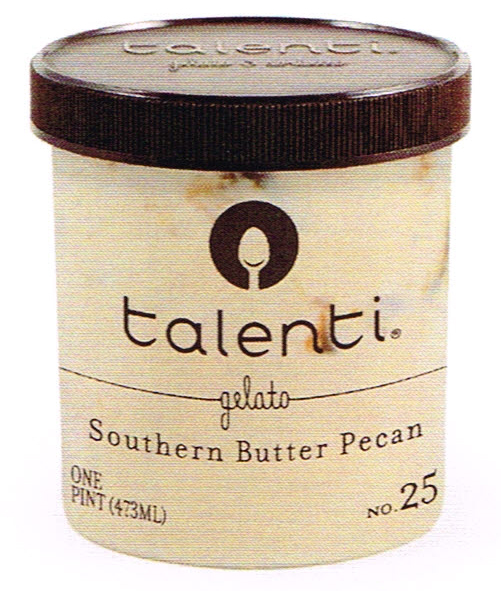 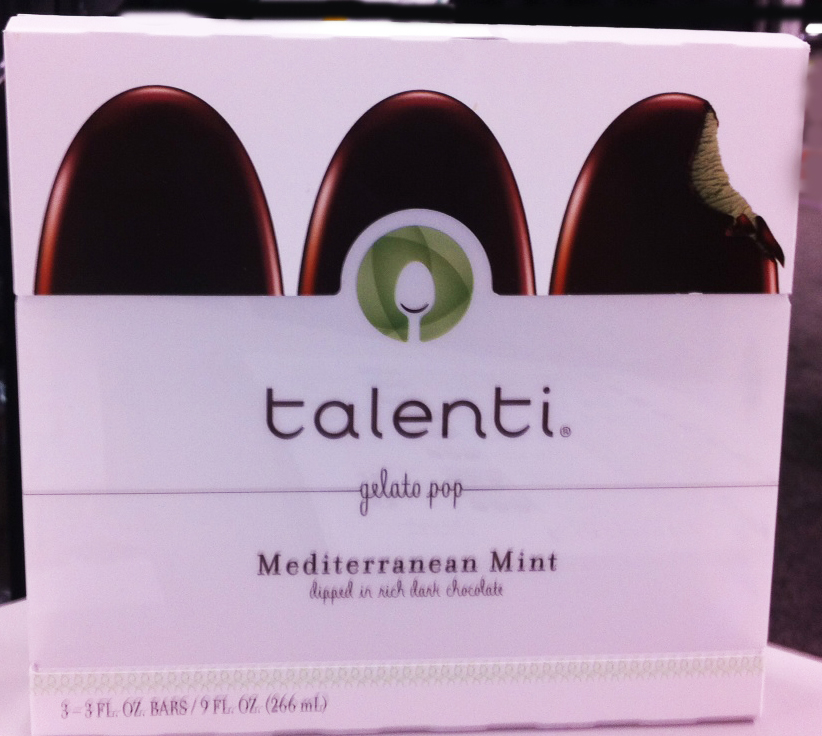 What really makes Talenti products stand out in retail freezers is their clear plastic container. Consumers eat with their eyes before they ever smell or taste. How a food or beverage looks influences craveability and acceptance. Talenti’s containers show consumers what they are getting, which ranges from ample freshly frozen fruit pieces to large chunks of nuts. These premium ingredients provide visual cues to the indulgence inside the container. They provide permission to indulge.

Talenti’s new packaging and new flavors will start showing up in retailers’ freezers nationwide beginning April 2013. Pints have a suggested retail price of $4.99 to $5.99. They can also be purchased online at $7.99, plus shipping. 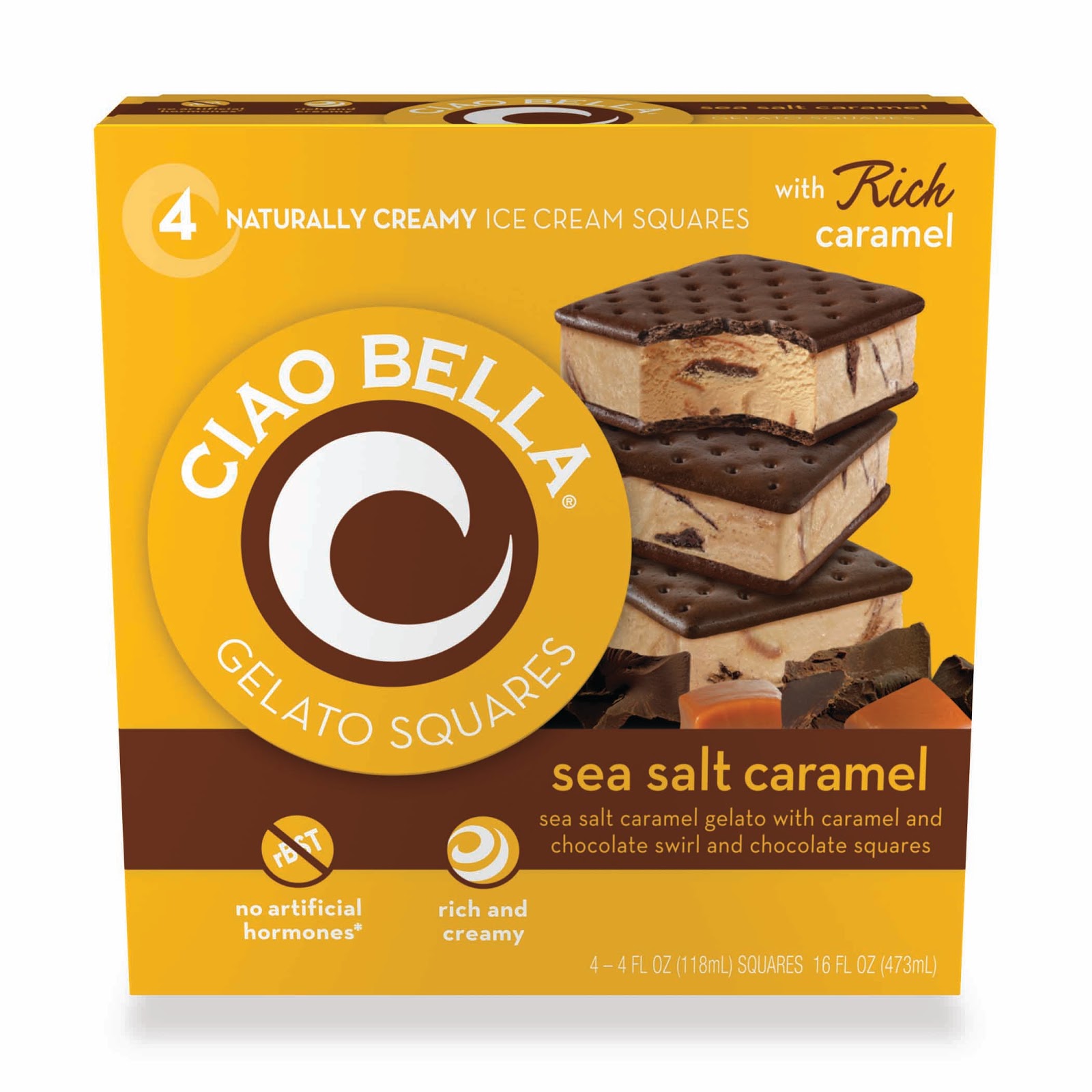 “Each of our unique flavors contains finely tuned ingredient combinations to create a symphony of flavor,” says Scott Roy, CEO and president. “Each ingredient is crucial to the overall flavor profile that we feel creates a standout product for the marketplace.” Each pint has a suggested retail price of $4.99.

Here’s the deal. Consumers want an excuse to indulge on a frozen dessert. Tell them a story. Maybe you need to woo former users back to the category with some extra nutrition.

Here’s a real-life example. Almost every afternoon, after shutting down my computer, before I begin my afternoon of picking up sons from school and taking them to their after-school activities, I “indulge” on a frozen dessert. I am sold by the brands that provide me permission to indulge in terms of less sugar, less fat, more protein, and a decent dose of fruit. Gelato has the ability to do all that and more!